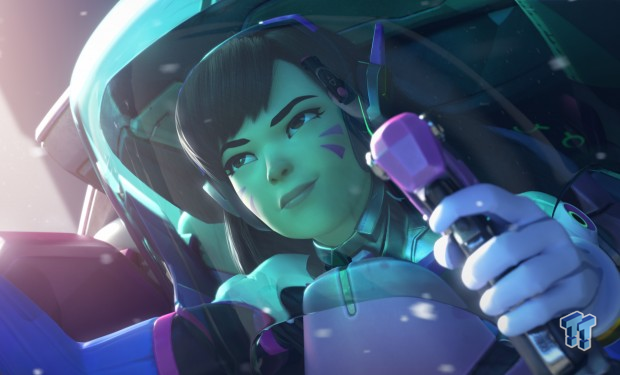 If you've played Overwatch's recently added Competitive Mode for a reasonable amount of time and weren't born with godlike FPS skills, you probably know how disheartening it can be. Sometimes your teammates aren't working together, sometimes the enemy just has the right heroes, and you have the wrong ones, and sometimes you're just plain outplayed.

Whether you've experienced this or have been too intimidated to try the mode, this guide is aimed at helping you out with some practical tips, just in time for Season 2.

Competitive Mode will be familiar to players of other Blizzard games which feature rankings and leaderboards. Essentially, you play the game awhile it assigns you a ranking that approximates your skill level, then you compete against players about as skilled as you. If you prove you're better than them by beating them, your ranking (and now tier) goes up. Do it enough, and you can feel good knowing you're among the best in the world or even take it as encouragement to go pro.

Every competitive match starts with the hero selection screen; which heroes your team chooses drastically affects the outcome of the match, so you must choose wisely.

First: ideally you want what's called a 2-2-2 composition, which is to say two DPS heroes (damage per second aka heroes that can rack up kills), two tanks, and two healers. The idea is you get a bit of everything to deal with most situations and have the hero in each pair complement the other. 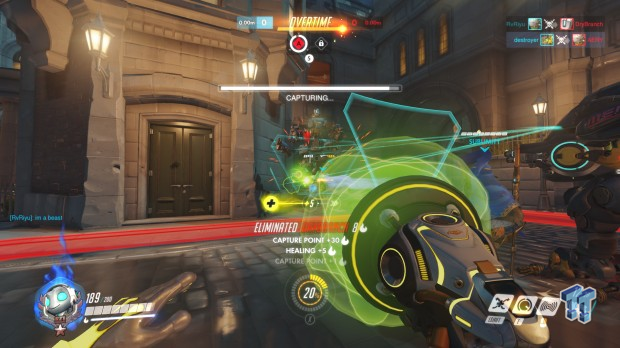 For example, a Genji and McCree will get you a lot of kills, but serve very different sub-roles. Part of Genji's job is to harass the back line and distract them while taking out ever-important support heroes, which McCree can't do that well because he's not mobile like Genji. Similarly, part of McCree's role is to deal with flankers trying to harass his back line and distract them, which Genji can't do well because he'd rather be on the opposing back line and doesn't have a stun ability like McCree.

In having both, you cover your weaknesses and maximize your strengths. It's the same with tanks (e.g. when Reinhardt's shield goes down, Zarya can put a barrier on him) and supports (one AOE heals, one spot heals). And just in general it's a good idea because inevitably, when one tank, support, or DPS goes down, you still have another to hold down the fort until the other gets back to the fight.

There are situations where a 3-2-1 setup may be ideal. When solo queuing, this will usually be when one class isn't cutting it, and you have to help out and/or if your healing is going to waste because your team can't take advantage. When playing with a pre-made group, this will typically be when a swapping a tank or DPS for another tank or DPS can exploit a team composition. For example, the other team is running just one DPS and it's not Reaper, who shreds tanks, so you swap a DPS for a third tank.

Supports are rarely if ever swapped out in good pre-mades, partly because their healing is so important, and partly because in the case of Zenyatta and Lucio (the current top supports), they do so much more than just heal. 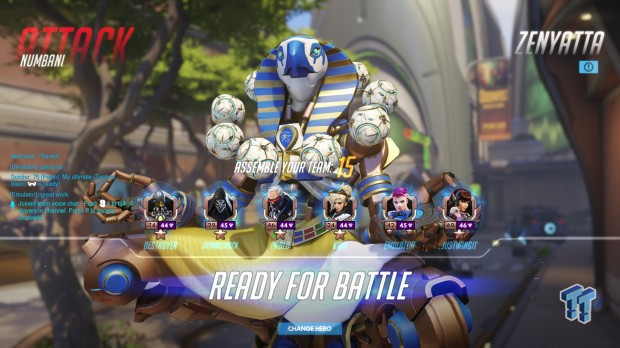 Defense heroes have been intentionally left out of the 2-2-2 conversation because as Blizzard themselves have acknowledged, they're underpowered in a competitive environment, and don't fare well in this speed and offense-heavy meta. Arguably, they don't fare well competitively in any meta, as Overwatch, in general, is a pretty fast, snowbally game and heroes like Bastion are easily dealt with by good teams. Once he's gone, it can quickly go downhill from there, so you're likely to have been much better off with something more versatile like another tank, DPS, or support.

That said, there are special situations where they can shine if built and played around properly, but these are rare and are less likely to work at higher ranks. Unless you're extremely confident, it's worth it to play, let's say, Junkrat, over a second DPS, because you've done it before many times on a specific map and it's worked, don't do it.

Also, know that despite the label, Widowmaker and Hanzo are generally best on offense as defense tends to get too crazy for snipers to keep up, and offensively, they're great at helping to punch through defenses and choke points. Similarly, while Junkrat can be strong on defense, he can also do well on offense if played aggressively, and Mei has offensive applications in splitting defenders with her ice wall and making pushes with her ultimate. Just keep in mind most if not all defense heroes are map dependent.

If your Widowmaker is telling you and your teammates the position of all enemies, when to push in because she got two picks, etc., Zenyatta is calling out targets he's put Discord Orb on for you to all gang up on and shred while telling low HP heroes too far ahead to pull back for heals, and you have a primary shot caller who tells the team to group up after a semi-wipe or which heroes to swap to and from to counter the enemy composition, it makes you a much more efficient team.

Morale is a factor, too: a group that focuses on the positive and communicates mistakes in a calm way can do wonders for your collective mentality which in turn will help you play better. Congratulating each other on great plays, thanking the supports for heals, saying things like "okay just one more minute we can do this" and so on go a long way.

Conversely, little or no communication or bad communication means a team will be disorganized, trickle into the point one or two at a team and get crushed in a 1v5 or 2v6, play too aggressively, and so on.

If you're solo queuing, this could take some work to get going, especially at lower ranks. Part of the issue is Blizzard insists on defaulting to group chat and not team chat; to get in team chat, you either need to get in game and set it, or change your options (Options > Sound > Group Voice Chat Off / Team Voice Chat Auto Join). Once in a game, it's recommended you check who's in team chat and who's not (hit the P key on PC), and if there are any that aren't, encourage them in the text chat to join up. 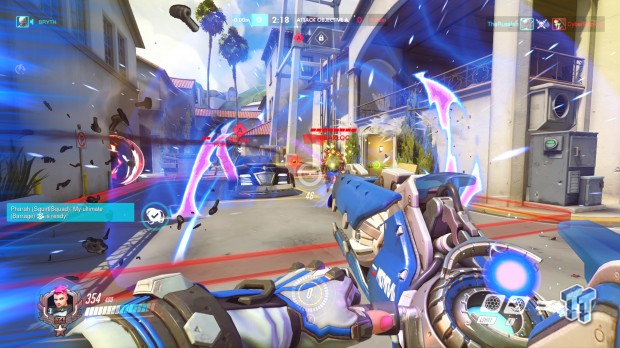 Regardless of how many people are in the team chat, say something at the start of the round to let everyone know you're there, friendly, and ready to communicate. Alternatively, just start calling things out, either in the spawn room ("Let's go top left stairs and attack them from above the point, guys") or once you encounter the enemy ("turret back right of the point"). Just everyone grouping up together from this kind of communication alone can win you matches you wouldn't otherwise, particularly on offense.

To be the best you can be, you'll want to have an edge on opponents who don't have superior gear, or be on par with those who do.

First up, make sure you invest in a quality, wired mouse for maximum accuracy, responsiveness, and reliability. Logitech is always a good bet (most use the G502, although I personally prefer the G400 or MX 518, if you can still find them); various Zowie mice are another popular choice among pros, as is the Razer Deathadder Chroma. Of course, there are many other strong choices, but if you don't know what to go for, these are a strong bet.

Once you acquire a good mouse or if you already have one, make sure you tweak the DPI settings alongside in-game sensitivity settings to achieve much greater aiming and precision (and to avoid giving yourself wrist problems). You'll want to set the DPI to whatever your mouse's native DPI is (it should be anywhere from 400 to 1800), and adjust in-game sensitivity from there. Generally speaking, you're aiming for roughly 30cm/360, which is to say you need to move your mouse 30cm to achieve a 360 turn. For 800 DPI, this means 4 in-game sensitivity; 400 DPI means 8 in-game sensitivity, and so on. These values are partly down to preference; pro player values range from about 20cm/360 to 50cm/360, so mess around until you're comfortable, but be sure to give whichever settings you're trying a fair chance, because there is an adjustment period.

If you've been playing with extremely low high cm/360 for years as many have, you'll need to change your methodology. Whereas high sensitivity and DPI settings encourage wrist aiming, low sensitivity and DPI settings encourage arm aiming. While you'll still use your wrist somewhat for finer aiming and movement, your arm will be doing the majority of the work. Watch the video above to get a good idea of what you should shoot for. And yeah, you'll want a fairly large mousepad.

Apart from a great mouse and large pad, you'll want a mechanical keyboard (which requires less effort and offers more responsiveness over standard keyboards; the Logitech G810, Razer Blackwidow Chroma, and Corsair K-70 come recommended), a high refresh rate monitor (for much smoother gameplay and much lower input lag; popular choices include the BenQ XL2430T and ASUS VG248QE), and a solid headset (for great communication and to easily hear footsteps of flankers, ultimate callouts, and so on (strong choices include the Logitech G933 and Sennheiser PC 363D). The monitor is the most expensive by far (about $300), while the rest will cost you roughly $100 per item, though if you look around enough, there are usually good budget options and/or sales. 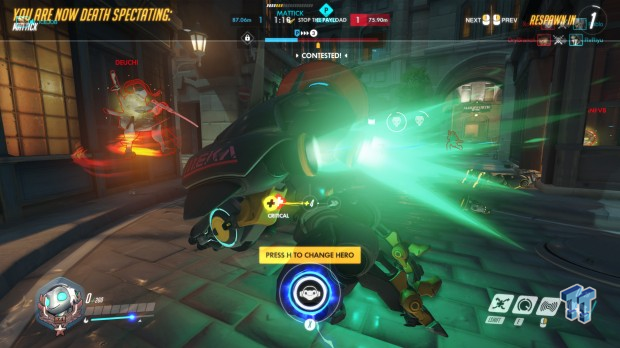 If you can't afford the good stuff, don't sweat it too hard: it's still possible to do well with average gear if you have the skill to compensate for it.

In short, doing well in Overwatch's Competitive Mode requires good team composition, good communication, and quality gear and settings. There's more to it of course, but upping your game in these three departments alone will see you climb significantly.

Season 2 of Overwatch launches soon and brings plenty of changes and improvements to the ranking system, modes, mechanics, and more, so there's never been a better time to jump in.