I've stayed away from writing about cryptocurrency mining articles, but I had to check out Chia cryptocurrency mining when it popped up onto my radar a few months ago. After really diving into Ethereum mining a few years ago, and still paying for the power bill many years later, mining with my SSD sounded like some fun. 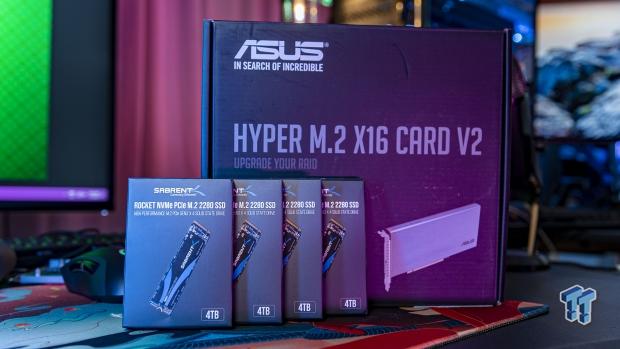 Sabrent reached out and pretty much zipped up 4 x 4TB Rocket NVMe PCIe 3.0 M.2 SSDs and an ASUS Hyper M.2 X16 Card V2 which supports the 4 x NVMe M.2 SSDs. In total, I have 16TB of super-fast PCIe 3.0-based NVMe SSD storage to play around with -- it feels so absolutely overpowering to have 16TB of flash storage in my machine but I love it.

Onwards with using it for its best purpose - thrashing it for Chia crypto coin mining. At first I was so very hesitant, I wanted to do an article for Sabrent but then using the SSDs for Chia coin mining feels like hardware abuse. It's different to working your GPU 24/7 for crypto mining as you can do that for weeks, months, years on end and it will not damage your product overall.

Not in the way that it won't work anymore... sure, the fans might not be so great anymore... you might need to dust it out and even take the entire cooler off and clean it up. But -- it should work. Your GPU will still work after months or years of crypto mining abuse, but Chia coin mining is very, very different.

It will kill your SSD.

So going into this article, I was hesitant -- but in the end I did it. I think the technology Gods was telling me not to do it, as I had so many headaches going into this article it wasn't funny. I was so busy it is beyond words, I was doing 15-hour days benching, and writing, and doing everything in between for multiple launches from both AMD and NVIDIA with the Radeon RX 6800, GeForce RTX 3070 Ti, and RTX 3080 Ti graphics cards. 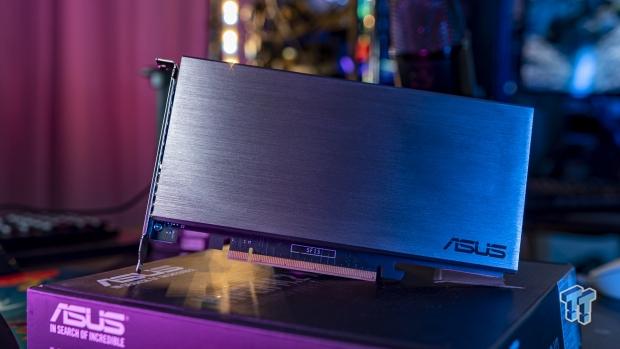 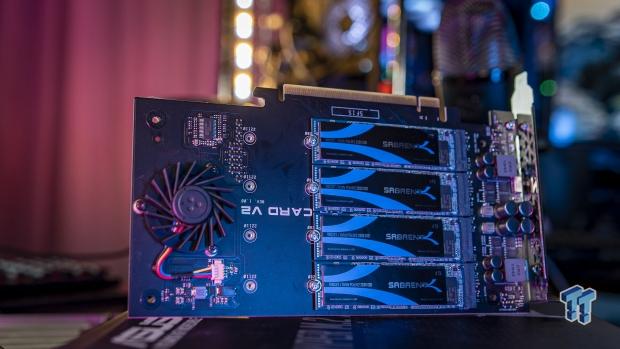 Once I had the Chia coin crypto mining up and running my AMD Threadripper system started playing up, after issues started popping up on my system which cut this article down. I wasn't going to go through a few more weeks of testing, so I thought I'd just write an article on my experience with Chia coin mining so far. 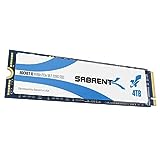 Setting Up Your PC

If you're using a handful of super-fast SSDs and require the PCIe RAID card that I'm using here, then you're going to need to make sure you've got the right motherboard, and then when you do you'll need to go into the BIOS and change some settings.

The biggest one is PCIe bifurcation, which will allow you to turn one of your PCIe x.0 x16 lanes into multiple x4 in order to take 4 x SSDs on the PCIe lanes - 16 lanes in total with 4 drives = 4 PCIe 3.0 lanes each (x4x4x4x4). This is specific to certain motherboards, and won't work in most motherboards.

PCIe lanes aren't a problem on Threadripper... which is a major advantage to having all that CPU power, PCIe lanes, and RAM at your disposal. You can run a ridiculous amount of hardware at once, but what's the use if you've got no PCIe lanes to run it on?

You can download the Chia mining software right here. 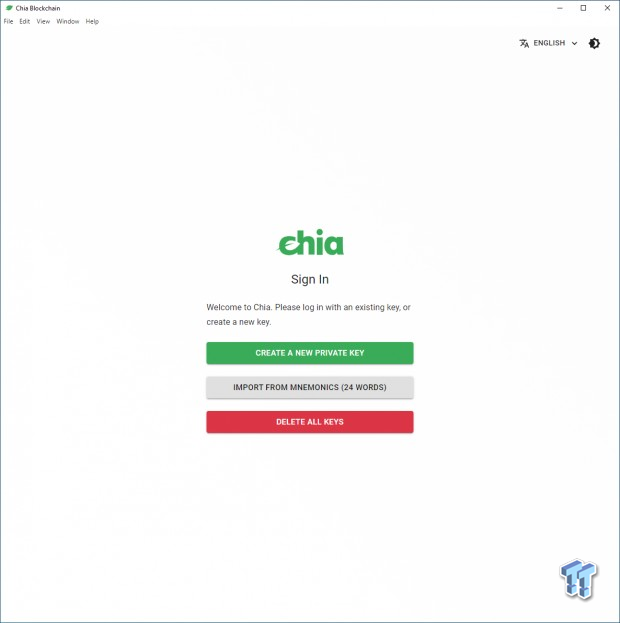 Once you've got it downloaded and installed, you'll need to sign in -- if you haven't got an existing key you can't sign in, in which case you'll want to create a new private key. 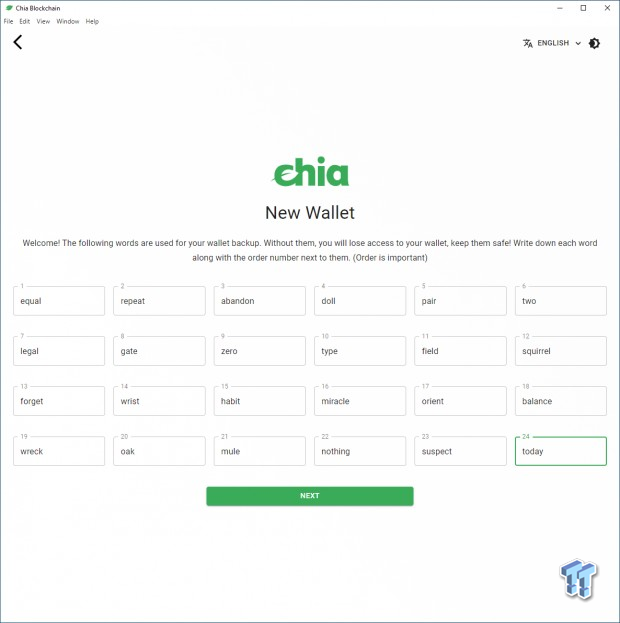 Create the new private key, which will give you your 24 words for your wallet backup. DO NOT lose these, because if you do you'll never be able to access your wallet. You'll also want to take note of the order of the words, too -- so write them down in order or take a screenshot like I have here. 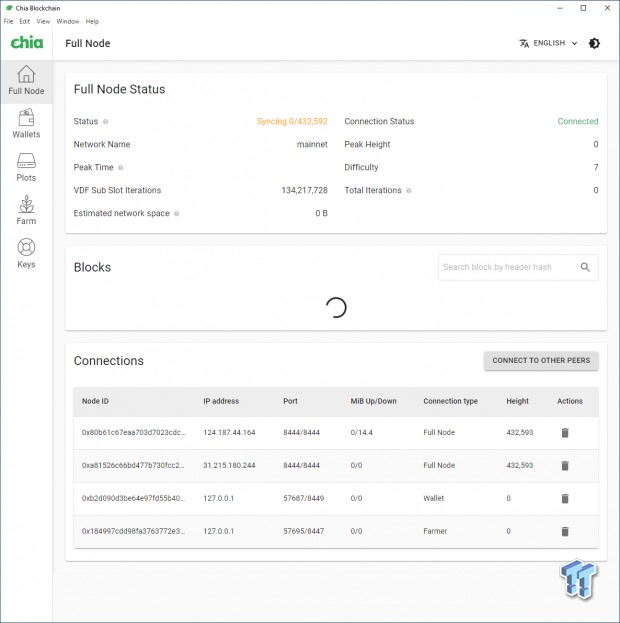 Once you've got it up and running, you'll start syncing -- this can take a few hours, to a few days. I had a few issues here, but that was with my system and nothing to do with the Chia mining. You don't need to be fully synced to kick start Chia crypto mining, though. 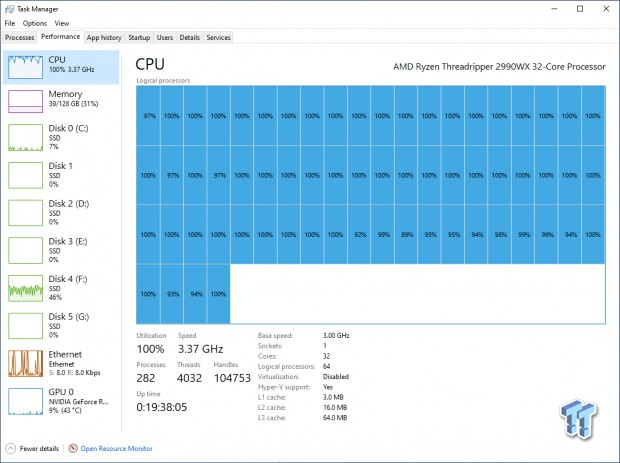 If you thought that Chia coin mining was harsh on just the storage side of your PC, think again -- your CPU will get punished just as much if you put it under the right strain. I was using an AMD Ryzen Threadripper 2990WX processor, with 32 cores and 64 threads and was able to easily use 100% of the CPU. 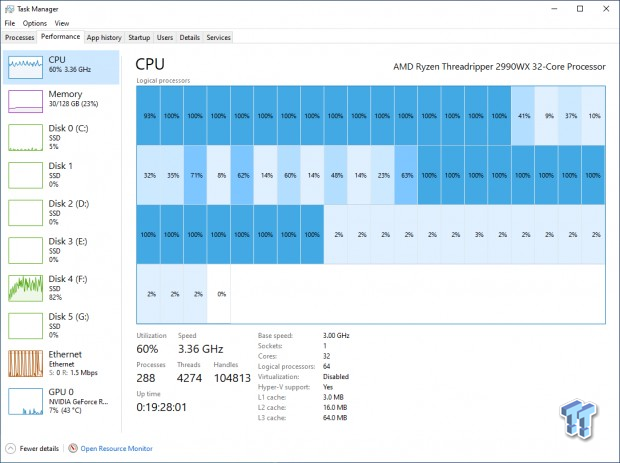 Oh, and Lots of Super-Fast SSDs

If you are going to load up on M.2 SSDs for your Chia crypto mining farm, then you can do no better than the Sabrent family of SSDs -- I wouldn't bother with the PCIe 4.0-based Rocket 4 Plus SSDs from Sabrent, but rather the PCIe 3.0 drives as they're cheaper. 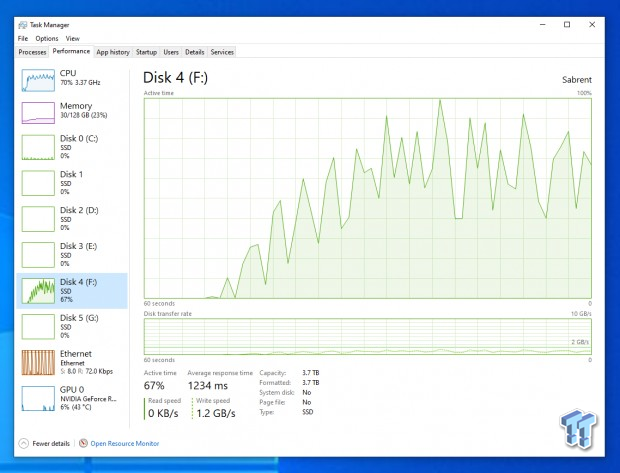 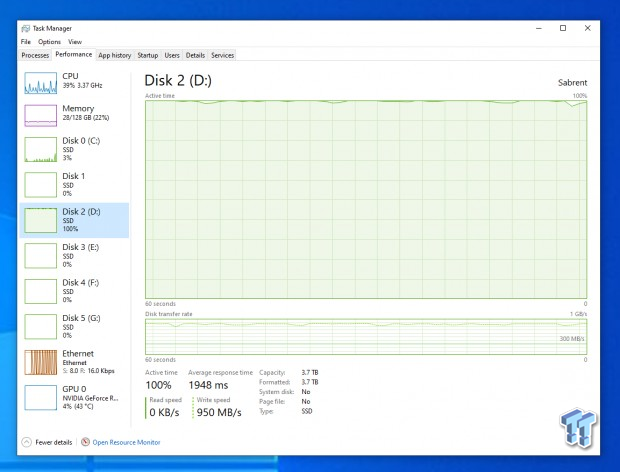 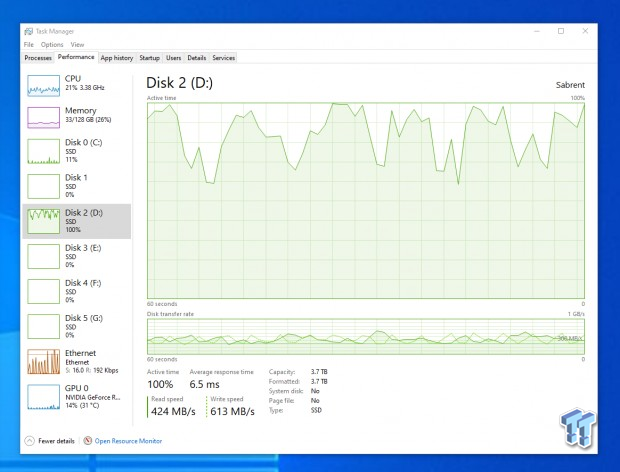 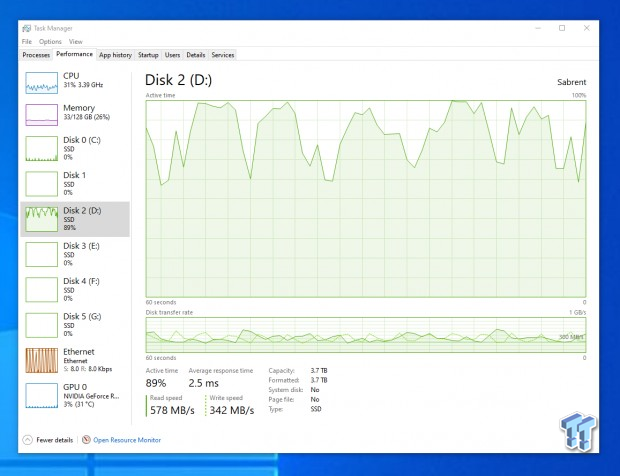 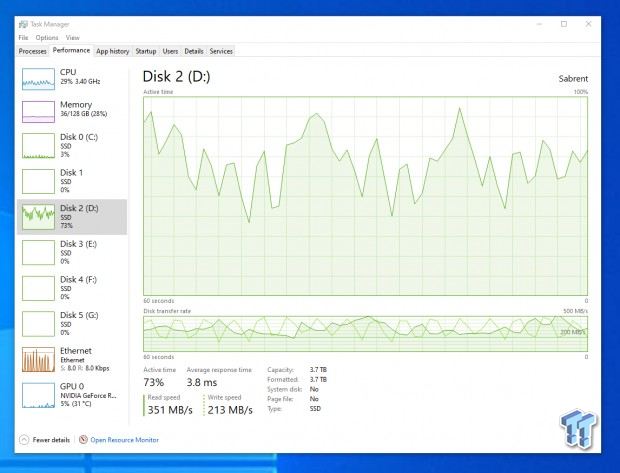 You will be able to pull more speed out of the drives, but multiple gigabytes per second are a regular thing with Sabrent -- the company only knows one way: pedal to the metal. There is nothing else for Sabrent, that's why their main drives are called Rocket... duh.

If you wanted to get serious about Chia mining and storing it away... then you're going to want 10TB HDDs at the ready, and stacks and stacks of them. You will be able to store 91 standard Chia blocks, with many Chia farm owners having countless gigantic mechanical HDDs for their Chia farms.

You can use external HDDs or internal HDDs, as well as SSDs if you wanted to spend the money on super-fast drives for your finished Chia plots. I wouldn't bother doing that, as you want the super-fast SSDs for the plotting, and then once you're finished you can transfer the completed Chia plots to the larger HDD for storage.

Would I recommend that you configure your system and start Chia mining on your SSD? Nope. If you have the spare drives or you've got the money to play around and computers and crypto mining is a hobby of yours... why the hell not? There's worse things you can spend your money on. 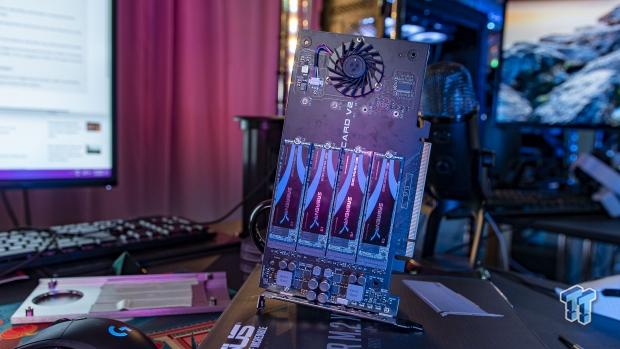 I just wouldn't go out and spend thousands of dollars on SSDs and HDDs for Chia coin mining, you might have others convince you, but I'm not here to do that.

Sabrent was kind enough to send over the 4 x 4TB Rocket NVMe PCIe 3.0 M.2 SSDs, so I thought I'd get some Chia coin crypto mining done on it at the same time. This is one of the fastest ways to mine Chia coin -- but then Sabrent always has something that's right around the corner and is way faster...

Yeah, the Sabrent Plotripper SSD is the ultimate Chia coin crypto mining SSD and it is coming soon. I love the name of the drive, the Plotripper -- combining the worlds of Chia plotting and AMD's use of the Ryzen Threadripper name. Now, if you wanted the ultimate in Chia coin mining then you'd get as many of Sabrent's new Plotripper SSDs as possible.