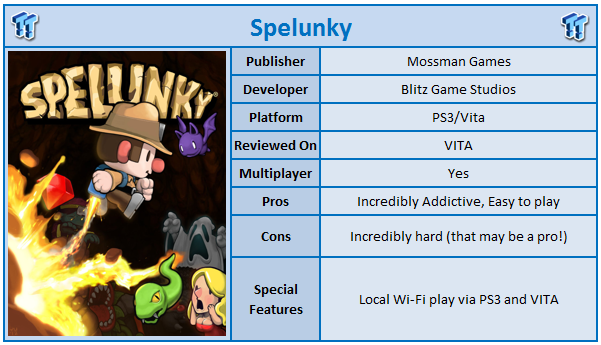 When Spelunky was originally released on the Xbox 360 Console, thousands of controllers were smashed worldwide. It was a brutal game that challenged the very best of gamers, but also it was an addictive experience. It was perfectly built to get you to try again and again and again. When the PS VITA version was announced, there was excitement in the gaming community that one of the most popular indie titles around would be available on the go. And as long as you can resist throwing your PS VITA into the wall on your commute, Spelunky is the perfect game for travelling making it a good fit for the PS VITA system.

Spelunky tells the story of an adventurer who stumbles upon a book with secrets about some hidden caves that the user explores. What the book fails to tell our character is just how dangerous the journey is and how many have gone before him or her and failed. Aside from that, there isn't much backstory to the game, but that is not a major issue because the focus is on the core gameplay, and that is where this game shines.

Spelunky isn't actually a very long game. It contains four areas and each area contains four missions to complete. However, Spelunky ends up being a very long game in reality, and how long it will take you to complete is entirely based on how well you play it. Each time you lose a life, you have to return to the very start of the game. So, if you are in area three and haven't unlocked shortcuts, you will end up back at the start of the game before adventuring again.

Ultimately the core gameplay of Spelunky is platforming, however, it does contain puzzle elements. Before each jump, you need to figure out if there is a trap or other enemies waiting for you, and rushing through the missions is a recipe for disaster.

However, this is the beauty of the game. Knowing you are seconds away from having to restart generally leads to cautious play, but the game is also incredibly good at lulling you into a false sense of security. Most of the time you will succumb to the levels because you are rushing as opposed to the level being unfair and most of the time when you do die, you will know why it happened. It is entirely possible for you to sneak through to area three, lose your life and then get stuck in area one for hours trying to progress again. But again, this is the beauty of the title, and if this doesn't sound like something you can handle, don't buy this game.

To assist with this, you can unlock shortcuts as you progress through each area. However, to unlock the shortcut, you need to progress through the area three times, and also give the shortcut man some goods like bombs or ropes. In many ways, this is proving to the game you have conquered the area. With levels randomly generated, the challenge is never the same, and sometimes you will get a good set of levels, and sometimes you will get some brutal levels. 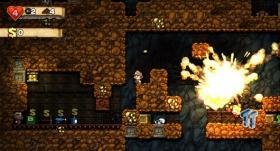 In terms of the PS VITA specifically, the game controls fine, and despite being on a smaller screen, it's not hard to figure out what is going on. There really was never a time where we could blame the controls or the hardware for why we couldn't progress through a level. On the PS VITA and PS3, it is possible to play local co-op via Wi-Fi, which is interesting, and you can also play the game online. The game does have online leaderboards as well and this is very much a game that you will want to play many times over as it really is the perfect commute game. I even missed my train stop whilst playing the game, it is really that engrossing.

The visuals of the game are impressive and suit the style of game well with cartoon style visuals playing into the comedic style deaths that the character often will encounter. There will be times where you will want to smash the VITA because of what happened, but the visuals do tend to keep you from really exploding in rage when playing. 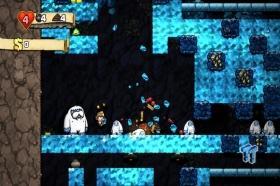 Spelunky is a good example of an indie game which is perfect for the PS VITA platform. It's a game you can play in ten minutes or hours on end and have a good experience. It's frustrating, but that is part of charm. If you want a game that will make hours seem like minutes on a plane, get Spelunky.