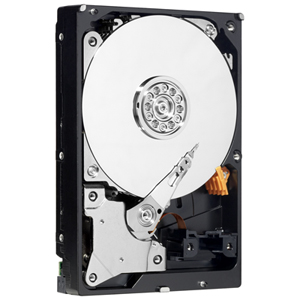 When Seagate released their 1.5TB drive it took the storage community by surprise. At the time companies were just getting their 1TB drives perfected with second generation products starting to make their way to market. Western Digital had other plans and didn't see 1.5TB as a worthwhile place to plant a flag on their roadmap at the time. Instead of hitting the 1.5TB mark Western Digital wanted to take the next step and shoot for a 2TB product, doubling the capacity of their previous product and as we found out back in February the move paid off well for the company.

The two terabyte mark worked out well for Western Digital and consumers instantly fell in love with the new ultra high capacity product. The only real downside was price, but as we predicted the price fell within a few months making them affordable for enthusiasts and regular Joe Sixpack users alike.

Enterprise users, enthusiasts who like to install enterprise products in their desktops and consumers with small business class NAS servers are always looking for a little more out of their storage devices. For these users Western Digital has built a successful Raid Edition line of products. The RE drives have tighter tolerances from the factory and in the case of the new RE4-GP, improved electronics.

Today are will be taking a look at the new Western Digital RE4-GP hard drive, the technology behind the new drive and even see what happens when you put a pair of these enterprise drives in RAID 0 on a high performance controller.

The Western Digital RE4-GP still falls under the Green Energy Savings category and has the highest Mean Time Between Failure (MTBF) ratings on the market, 1.2 million hours. The drive also has double the cache of the previous 2TB WD drive that we last tested, 64MB in total, but still uses IntelliPower to keep the power consumption lower than many competing products.

Western Digital has done a very good job laying out their key features. 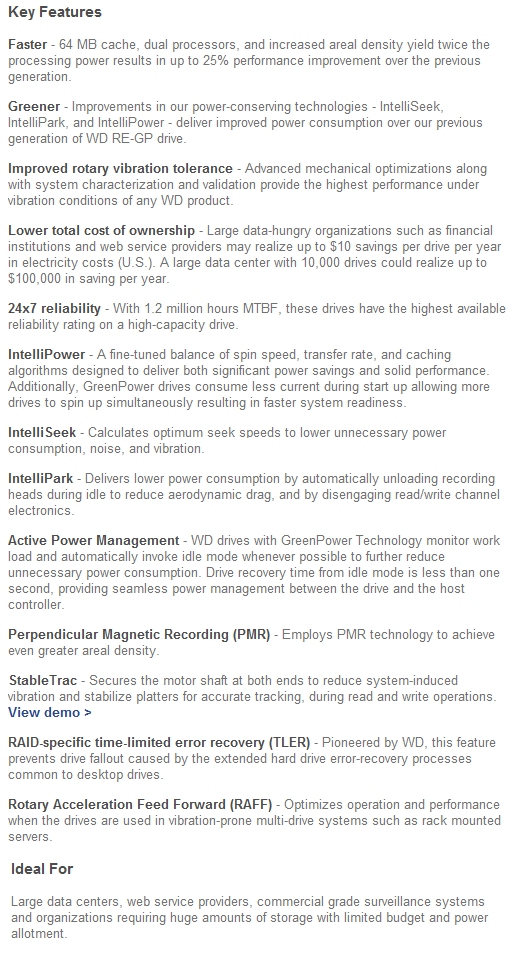 When it comes to locating the drive, this is a task which I found to be somewhat difficult just at this time. As of right now Newegg does not carry the drive. However, I have learned that the drive currently sits at a price point of right around 320.00 USD.

Let's see what all you get in the package. 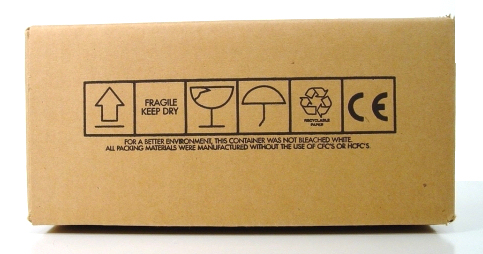 Our RE4-GP came directly from Western Digital in an OEM "White Box" package. 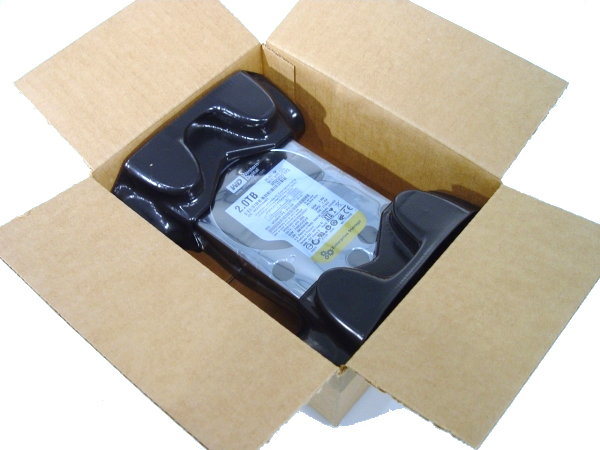 On the inside we see that the drive is held in place just like the retail drives with the plastic suspension pieces that dampen sudden movements. 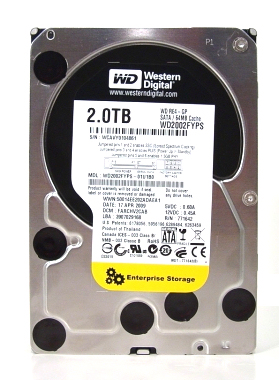 Here we get our first look at the drive and can see that on the front Western Digital makes it clear that this is an enterprise product. 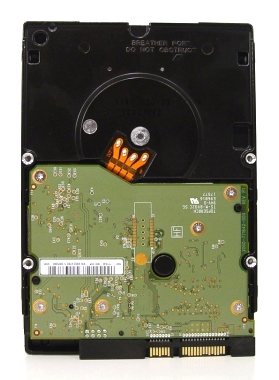 The back of the drive appears to look like any other drive. If you look closely you can see the pin that the spindle for the platters mounts to. Western Digital mounts the spindle on both ends and this helps to keep the platters from vibrating off axis.

On the side we see that the drive has three standard mounting locations. 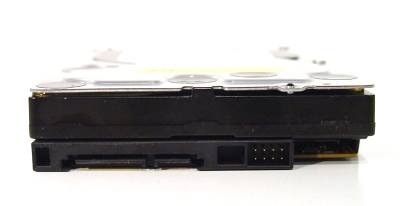 The power and data connectors are located where they should be. There are some jumpers on the back as well, just in case you need to configure the drive for additional settings. 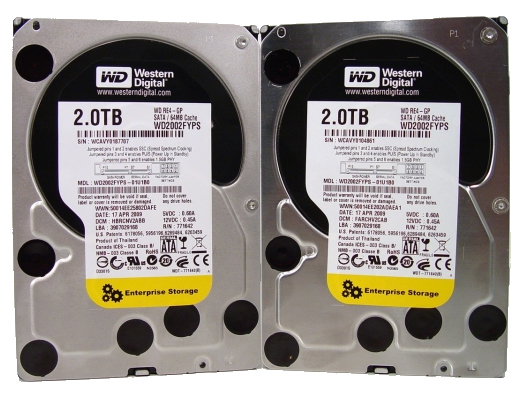 RE does stand for RAID Edition and there is only one real way to put them to the test, use a pair of them!


Today we will be testing the Western Digital RE4-GP in both single drive and two drive (RAID 0) form on an Areca ARC-1231ML. Areca makes some of the highest performing RAID controllers on the market and they allow hard drives to show their full potential. 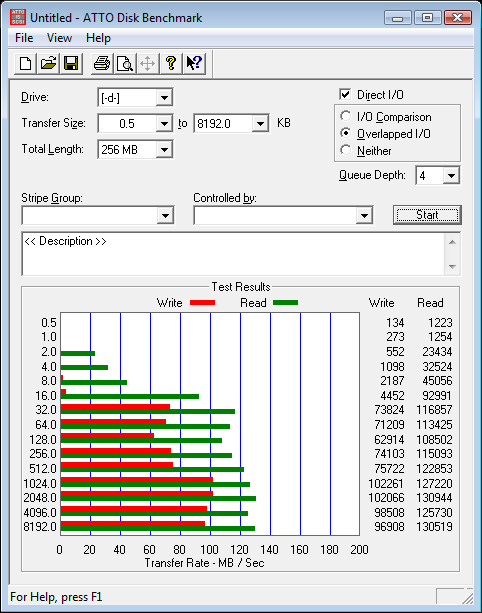 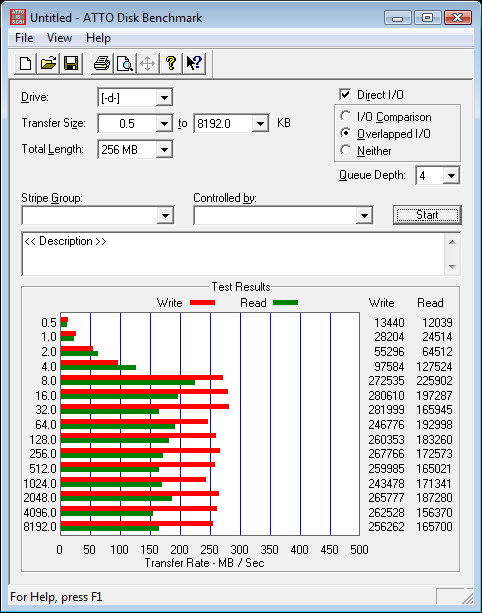 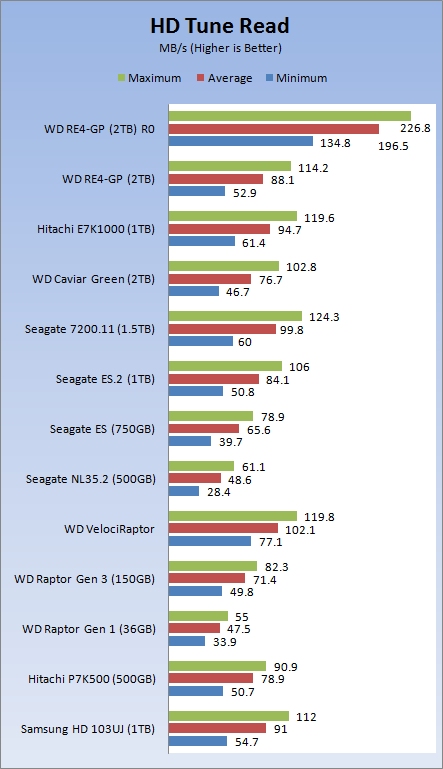 The synthetic read speeds of the RE4-GP show that it is faster than the 2TB Caviar Green, but is still a little slower than the Seagate 1.5TB and Hitachi EK1000. The RAID 0 numbers show great scaling with the performance more than doubling that of the single drive. 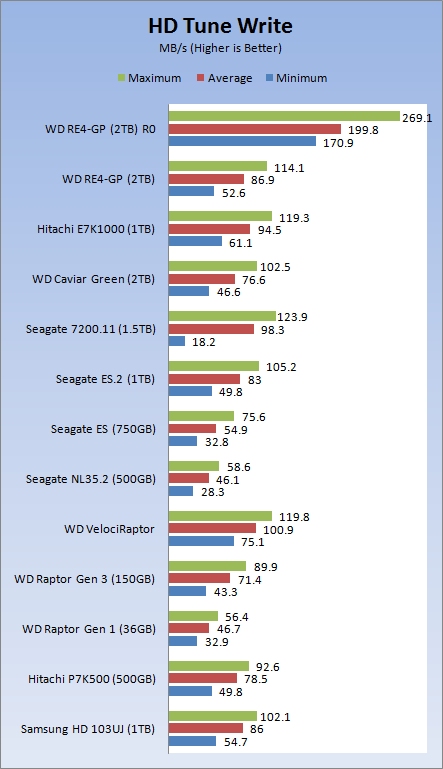 The same holds true in the write test. The interesting thing here is just how close the drive is when compared to the VelociRaptor. 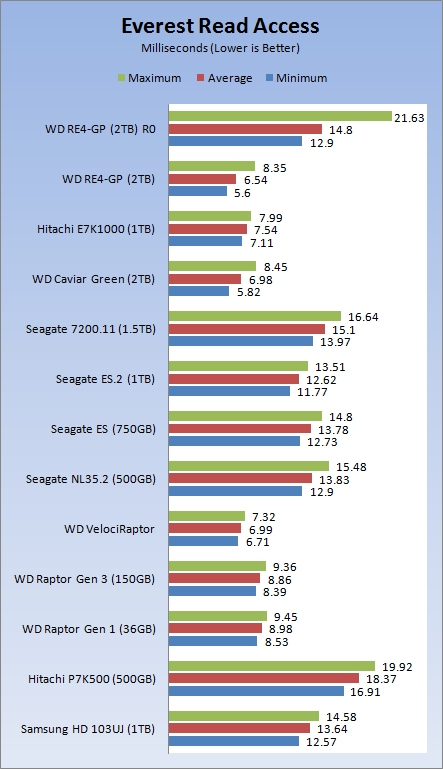 The cache on the RE4-GP really aids the drive in read access times. Western Digital has never disclosed at what speed the platters rotate at, but here we see that the electronics have managed to make the drive to perform more like a 10K RPM drive rather than a 5400 or 7200 RPM drive. 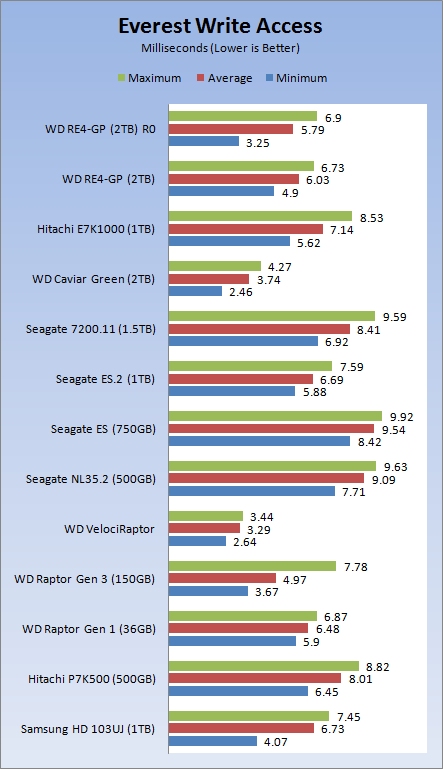 This is where things really get interesting! Here we see that the RAID 0 array makes a mockery of the Windows Media Center test. The single drive is able to outperform the other enterprise storage class drives in many tests, but gives a little ground back in others. Most users will not be looking to make the RE4-GP a boot disk and the drive really favours being used as a storage disk. 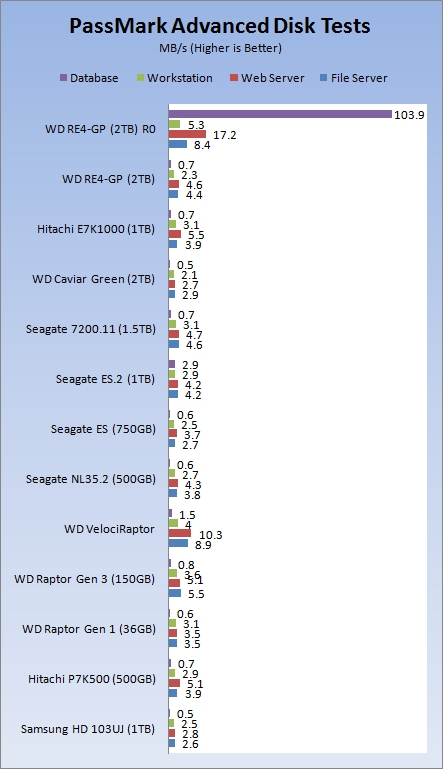 The database test that uses random small block reads and writes shows that in RAID 0 the array is capable of performing as well as a solid state drive. This is one market where Western Digital is positioning the drive and as you can see it performs very well in this area. The single drive performance is middle of the road compared to other drives in its class.

Western Digital was able to improve on their original 2TB consumer drive and produced an enterprise drive that is packed full of advanced technology that improves the performance for the enterprise market. As we saw today the RE4-GP really shines when used in RAID 0, but due to the large amount of data that would be put on the line I would suggest RAID 5 with three or more drives or RAID 10 with four drives.

As you can imagine, that could get pretty expensive since each drive is going to cost you right around 320 Dollars each. I would like to have been able to find the drive at Newegg or some of the other low cost e-tailers, but was unable to at this stage. I have to wonder what the price would have been from one of these sellers.

When it comes to mega storage for your database, web server, NAS server or just your supped up desktop, the Western Digital RE4-GP will deliver your data quickly, but there are other drives on the market that are just as fast.

Western Digital is still holding the 2TB drives under the green flag and the drives do live up to their designation. The drive runs cool and consumes less power than others in its class. 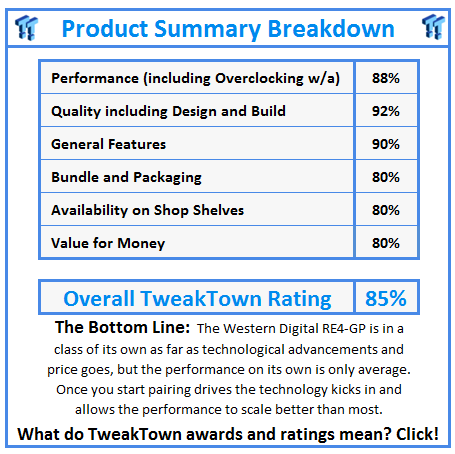