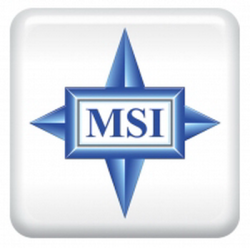 MSI is not a new name to mobiles, notebooks and laptops, but to many it is a dismal non-entity, producing bland solutions with little appeal in this arena. Fortunately for me, and for those of you reading this review, that has changed in a very big way. So without harping on too much, I'm going to let the product speak for itself, just as all good products should. 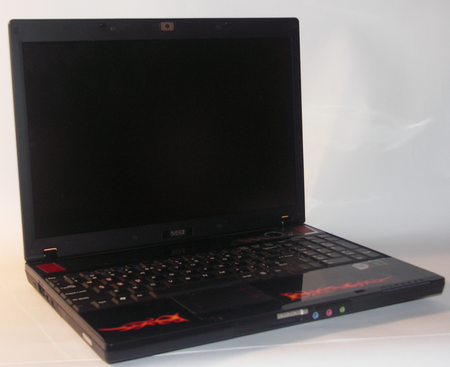 Introducing the all new, very loud and proud GX600X TurboBook from MSI. Clearly unlike any other notebook you would have seen from them in the past, it looks as if it would be better suited to 'nitro crew' outfitting hotrods with digitized tune-ups. The sleek glossy black coating is aimed to catch the eye, while the top cover is emblazoned with a superman style logo in an equally loud fashion. The only thing missing from the logo badge were the glaring LEDs that are so infamous on Taiwanese products. 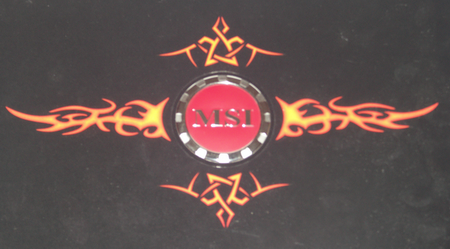 The notebook comes in a robust box that is fairly attractive in matt black, with red/orange attention jarring pictures. The box, packaging and product stick to the theme throughout, portraying quality and attention to detail; however the theme itself seems attuned to "Need for Speed" junkies and doesn't really appeal to me. 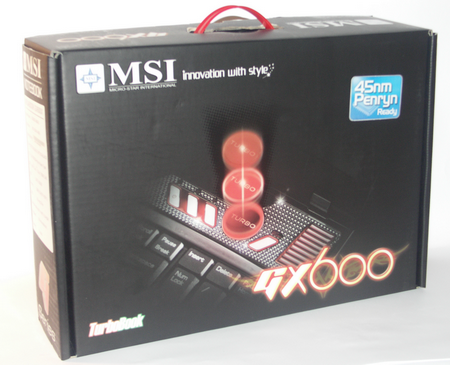 The padding inside is very consistent, and keeps the product extremely secure. I accidently dropped the box when I first handled it, and fortunately all that happened was a slight dent on the one corner of the box. If the product was not held as secure, or padded as well, then there may not have been much to this review. 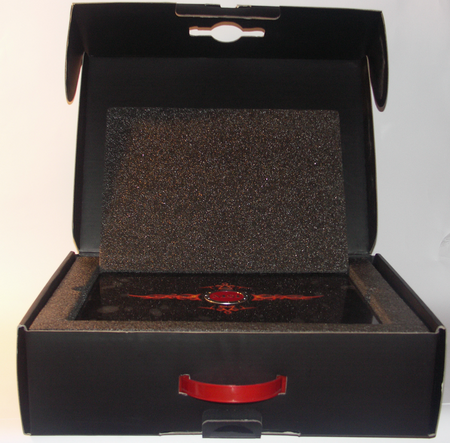 One very convenient aspect of the box is the specifications labeled clearly on the one side. I don't have to delve into the inner workings to find out the basic specifications, and that is a convenience few manufacturers consider for the end-user. MSI get kudos for that.

Opening up the notebook with the "slip clip" (basically my catchy name for a spring loaded clip) working as it should, you can see the flamed tribal tattoo theme patterned around the keyboard edge and lucre red speaker ports which were just a little too extreme for my tastes, but clearly the product is shouting that it is too hot to handle. Let's go in closer and find out, shall we. Donning my thermally protective Cryo-suit, I entered the fray. 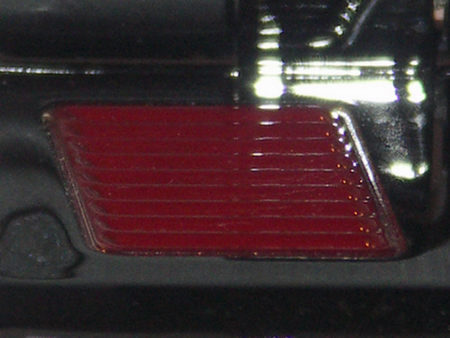 The TurboBook GX600X notebook comes in at the high-end of the TurboBook Series. Including the Latest Intel Centrino Duo Processor Technology, it has Windows Vista Home OS, a 15.4" Widescreen Display, HDMI connector, e-SATA connector, 8600M GT NVIDIA graphics, 3GB of DDR2 RAM, various accessories for the multimedia side, including built-In Combo Drive/DVD Super Multi, Built-In 1.3 Mega Pixel Webcam and two stereo speakers with adequate sound, or alternatively you can link to a 5.1 channel headphone output.

The keyboard is fairly standard, although the "WASD" keys are coloured for ease of use when gaming, and in addition it has an independent numeric keypad. With regards to extras, you get the smart looking carry pack which is high quality, and although very red, it certainly comes in very useful as a backpack. In addition MSI include a portable headset (earphones/mic combo) as well as a pretty cool looking laser mouse designed in the same style and theme as both the backpack and notebook.

You can click on the picture below to see how the real bundle (including CDs, manuals and power cord) looks compared to the aesthetically arranged one seen in the thumbnail. 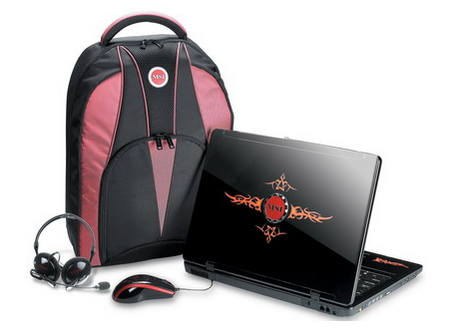 The bundle includes CD extras such as the full PC game Halo 2, as well as Quickstart manuals, 2 year limited warranty (this version was made for Australia), Cyberlink software DVD Suite and BD Solutions, as well as Laser mouse drivers and the notebook drivers and manual CD. 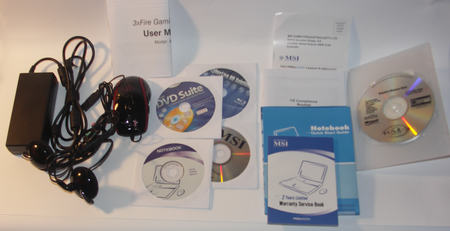 The full product specification table can be seen below.

The GX600X TurboBook is a product designed for gaming. Although notebooks are traditionally not good for gaming, MSI believes they have overcome the traditional limitations by including very high-end capabilities, as well as a gaming mouse which will naturally be a better tool for gaming than the touchpad. If you spent any time going through the specifications, then you will be aware that the notebook has an Intel Core 2 Duo T8300 which runs standard at 2.4GHz.

What MSI have included on this product is a "Turbo" button for those times when you need a bit of extra horsepower to get through games like Halo 2 without getting snagged on the lagging frame rate. Supposedly up to 20% increase in performance should be expected when you push the button. We will put this claim to the test.

First up, we ran PCMark05 with the standard setting on the notebook and no overclocking at all. 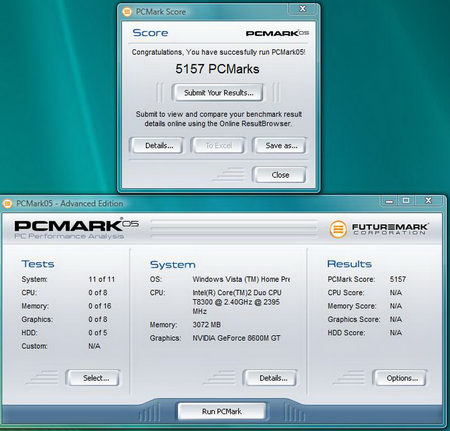 Then we delved into the BIOS to see what mysteries they had in store, and surprisingly enough they had an "overclocking" section. Within the OC section there are three main settings you can adjust according to your needs. The FSB is adjustable from 120 MHz to 260MHz; just simply select manual settings and enter your number. 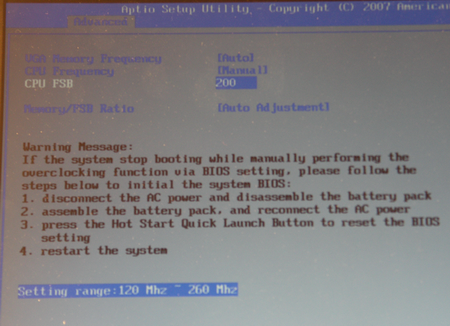 The higher the number is set, then the faster your system bus will be, giving your notebook a supercharged highway over which all the graphical and memory information can pass very quickly. The only governing factor is the settings you impose, and of course the "ever enemy" of overclocking; yep, you guessed it, heat!

The VGA OC setting offered a range of choices from 410 MHz in 10 MHz intervals up to 450MHz. 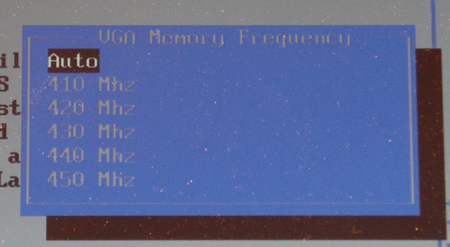 The final setting that can be adjusted is the Memory and FSB ratio, which governs how quickly the two independent streams of data run; one from the memory clock, and the other from the Front Side Bus (FSB = the rest of the PC system, bar the CPU). This influences how much data can flow into the CPU instruction queue; the same bus carries the signals from the CPU back to the various components. To visualize this, I'll try explaining it simply as a two-way highway whereby because we increased the FSB, the highways lanes have been doubled.

Imagine the lanes packed with cars, lined up to enter into limited parking bays. The cars coming from the Memory side of town can park five cars for every three cars coming from the FSB side of town. Since there is a finite number of parking bays, then the same ratio is applied to the cars that are leaving. While this image might seem chaotic, it is simple and orderly for the CPU as it goes about its business of crunching "0" and "1"s. The other two ratios are 8:5, or 4:3. 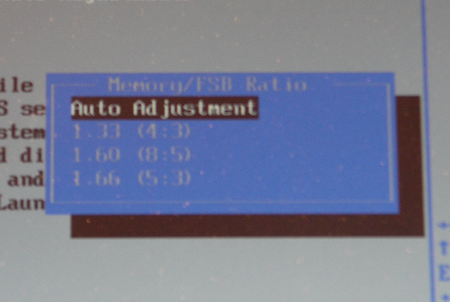 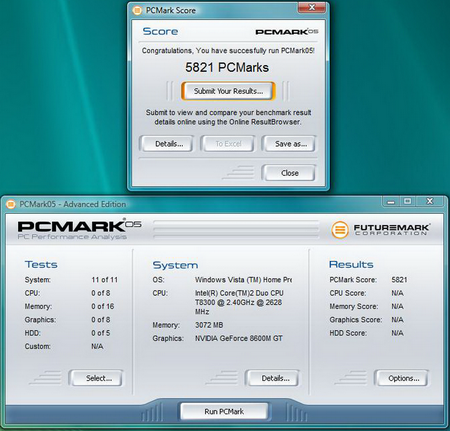 The last test was pedal to the floor with all the OC settings maxed out (VGA to 450MHz, FSB to 260, and Memory/FSB ratio to 5:3). Amazingly the notebook took it well without any problems at all. There were no glitches and despite being a little hotter than usual, it was just another day cranking out bits and bytes for this trusty TurboBook. 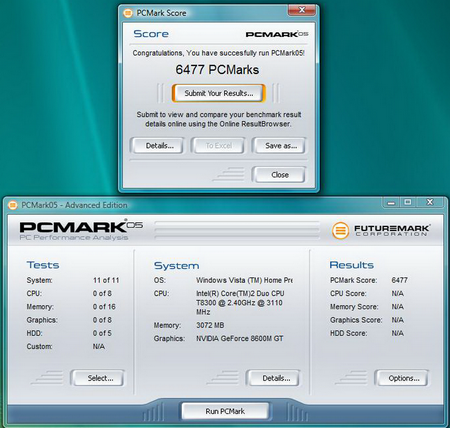 Our last test was to see if the Turbo button could in any way emulate our manual OC findings. Below you can see our result. I have to say I'm quite impressed with it, and it certainly lives up to the 20% increase in clock speed as touted on the MSI website. 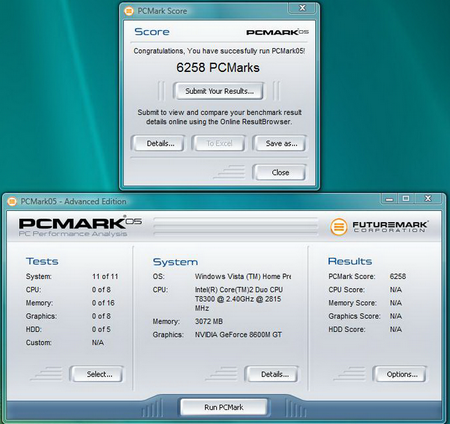 Finally we have tabulated the results so you can see performance gains more clearly. With Futuremark's recent release of PCMark Vantage, we ran through some quick benchmarks and included them in the table. It must be noted that we tried MobileMark 07 but it was not able to run through completely to give us a benchmark result. 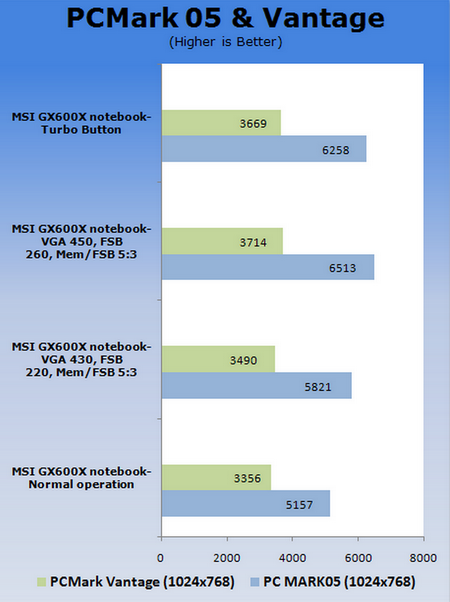 MSI has not been strong in the notebook market in the past. Often their products lacked any sense of purpose, being somewhat haphazard in their features. Recently however, the shift as products have taken on shape in roles such as being exclusively for business, or geared for gaming, we have seen a much more organised structure develop as the brand MSI builds in notebooks gathers strength; so too do the products. Or is it the other way around? Anyway, with both aspects improving we have to commend MSI for vast leaps forward in terms of appeal for target markets and in terms of features in focused products as well as in performance of those products.

In particular, this GX600X top of the line notebook is a peak performer, with excellent overclocking capabilities as well as lots and lots of features and peripherals; from e-SATA or HDMI connectivity to a special 'Turbo' button that we found gives a 20% increase in processor speed. The Bluetooth and WiFi connectivity are as to be expected from a high-end notebook, whereas the graphics are truly magnificent in such a small platform.

In addition, the bundled extras such as Halo 2, a laser mouse and a unique backpack give the product a flavour all its own. What remains to be said though is the aesthetic colour scheme, which is both rich and original. The tribal tattoo flames licking around the edges are bound to make many people drool in appreciation. Unfortunately I am not one of them, and while I can respect it since I know the product performs, I would not buy this product simply because it doesn't fit my aesthetic tastes.

If they had one without the logos and glossy finish, and instead a simple matt black coating understating the products true power, then I would have no qualms in stepping out and buying it today.

Putting my tastes aside, I have to consider the target market and what the product aims to deliver. In all aspects I find it extremely well rounded, lacking in nothing and delivering on all of its promises. The only very slight niggle I have is the sound quality which sounds a bit tinny and flat, and which could be better in a product of this class.

We have decided to give it the Best Performance award because of the amazing overclocking ability, as well as being a feature packed product at an affordable price. Well done MSI. 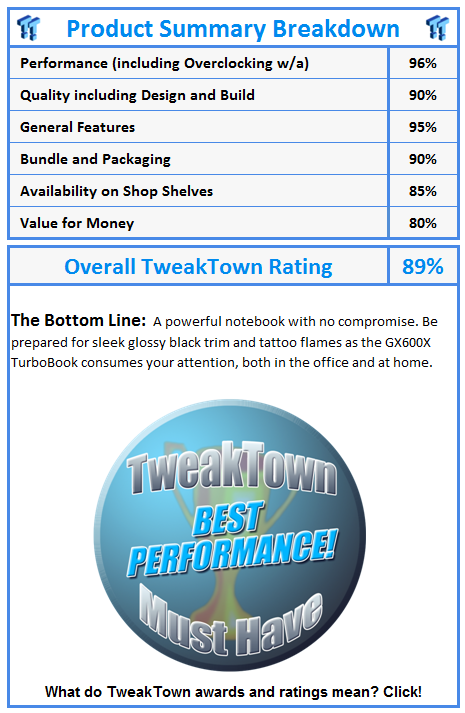