There's very few in the entertainment industry that could have foreseen what the first entry back in 2001 could have morphed into, but nine films later, we're not only still talking about the Fast and the Furious franchise, but with a combined gross of well over $6 billion dollars at the international box office, audiences seem to be attracted to it like moths to a flame. While the last film has pulled back from its predecessor's $1.2 billion gross (no doubt a casualty of closures and COVID-related cinema hesitancy), $700 million is still mighty impressive and proves that the franchise remains a force to be reckoned with.

Fast and the Furious 9 finds the crew disbanded, with Dom Toretto (Vin Diesel) retired and raising his son Brian with his wife, Letty Ortiz (Michelle Rodriguez). But when a plane carrying the former crew's handler Mr. Nobody is attacked by rogue agents, the Torretto crew is called into action once again.

SPOILER ALERT: As tongue in cheek and self-aware as usual, Fast and the Furious 9 gleefully leans into the self-parody that the franchise has become, returning the character Han Seoul-Oh to the fold despite dying six films ago, setting the climax in outer space (yes, you read that right) before wrapping things up by teasing the return of Paul Walker's character Brian O'Conner. Not only that, but A-listers Dame Helen Mirren and Charlize Theron return to an already crowded cast list, giving the film a sense of

F9 is offered on home video in the original theatrical version, as well as an extended director's cut variant, which presents an additional seven minutes of footage - both in 4K. I opted for the longer edition but can't offer what has been improved or added to. 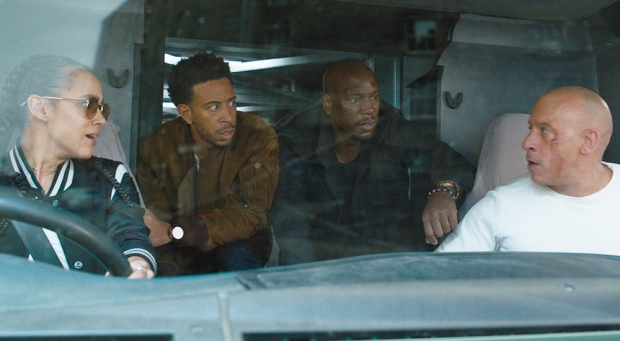 Fast and the Furious 9 is presented in its original aspect ratio of 2.39:1, encoded with H.265 compression and finished with a Dolby Vision pass, in addition to a base HDR-10 layer.

Lensed predominantly on Arri Alexa digital cameras at 4.5K before being finalized in a 2K digital intermediate, Fast and the Furious 9 is technically an upscale, but one that does outperform the Blu-ray edition by a quarter-mile (see what I did there?). A fully digital production, the film bares all the hallmarks of a contemporary big-budget action feature, with bright, bold colors, sharp and detailed textures, and a faint layer of digital grain across the frame.

That's in no way a criticism, but more to set expectations for the visual capacity of this 4K presentation. Allowed to breathe across a 100GB disc, both film cuts (offered via seamless branching) are technically proficient, with no macro blocking or aliasing to mar the proceedings.

Overall, this is an excellent presentation that faithfully translates the film to the smaller screen, but by the same token, won't set new standards for demo-worthy discs. 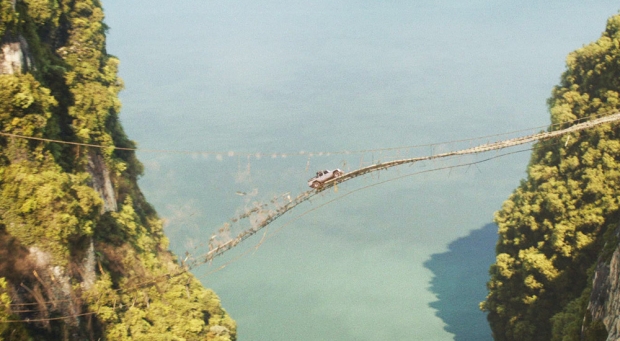 Fast and the Furious 9 is presented with a Dolby Atmos object-based audio track.

With zero subtlety, Fast and the Furious 9 is undoubtedly demo-worth fare, a bombastic and aggressive track that will wring every ounce of power from whatever speakers you own. Fearing reprisal from my overly sensitive neighbor, I had to force myself to reduce the volume a few times, but you will be very impressed if you can set this beast loose. With a maximum of carnage directed at all channels throughout its runtime, there's little opportunity for rest, ramping up during some of the climactic moments.

Low-frequency output remains high throughout but turned to 11 any time the magnetized weapon is used, an absurdly over-the-top sound effect that had me grinning ear to ear every time it was used. Despite the audio cacophony, dialogue is never difficult to catch, even when grumbled with zero emotion through Vin Diesel's pursed lips. 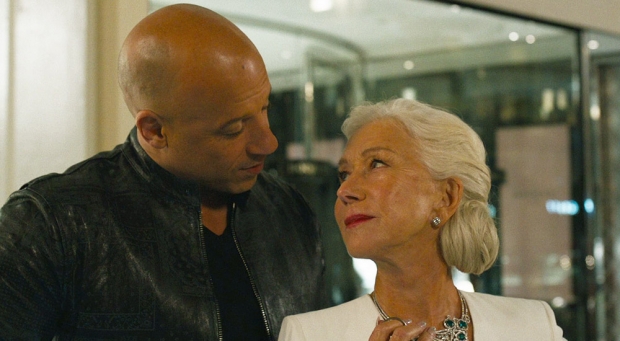 By today's standards for a new release film, Fast and the Furious 9 actually fares pretty well in the special feature stakes, packing 70 minutes of featurettes, a director's audio commentary, and a short gag reel.

The clear highlight for fans is the 45 minute long, 9-part featurette F9: All In, which looks at various aspects of the production, including the practical and CG effects, as well as the evolution of the series from its humble roots. 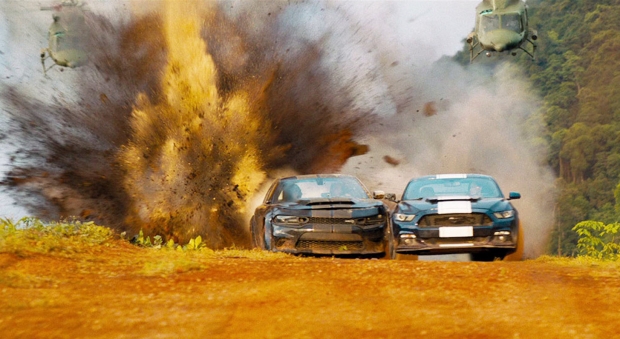 Fast and Furious 9 is trash, but at least it has the sense to know it, and make it entertaining.