Following the rather dark turn of Indiana Jones and the Temple of Doom filmmakers George Lucas and Steven Spielberg returned the series to its roots, with a considerably lightened tone for its third and final entry (at least, until 2009's Kingdom of the Crustal Skull came along.

When an obsession with finding the fabled Holy Grail leads to the kidnapping of Henry Jones Senior (Sean Connery) by Nazis, Indiana Jones (Harrison Ford) must follow his own trail of clues to the grail's location, which takes him to the heart of Nazi Berlin where he'll face his biggest fears and greatest foes.

My personal favorite of the franchise; Indiana Jones and the Last Crusade holds up pretty darn well after 32 years, and while much of it is sublimely ridiculous (does anyone really believe Sean Connery as Harrison Ford's father?), it's also supremely entertaining and extremely well-made pulp fare - exactly as intended. In celebration of the 40th anniversary of Raiders of the Lost Ark, Paramount Pictures and Lucasfilm have produced a stunning 4K Blu-ray set, which includes all four films in the series alongside a Blu-ray disc of bonus features. Let's jump in. 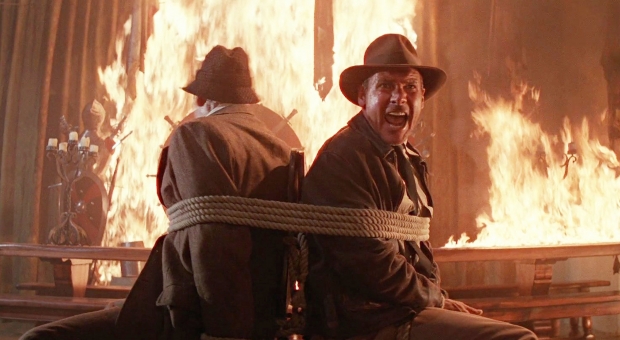 Indiana Jones and the Last Crusade is presented in its original aspect ratio of 2.39:1, encoded with H.265 compression and finished with a Dolby Vision pass, in addition to a base HDR-10 layer.

As with Temple of Doom, a new transfer of this film is somewhat overdue, in light of the twenty years span since the last HD master was struck. While admittedly a good product for its time, it unsurprisingly can't hold a candle to this stunningly beautiful, director-approved 4K transfer. Like its siblings, the studio has also gone the extra mile to digitally correct several poorly executed optical composites and uneven mattes which plagued the original production. A particularly egregious example is the Nazi air attack sequence which is now much more consistent.

With much of the film shot on location under naturally bright lighting, the film lends itself well to a pleasant and sharp transfer and does not disappoint. This is a very filmic presentation that retains the look of the negative and resists the temptations of noise reduction and other film-to-video traps. Overall, this is a glorious restoration and, without doubt, the definitive presentation of the film released to home video. It will likely remain unsurpassed for some decades to come. 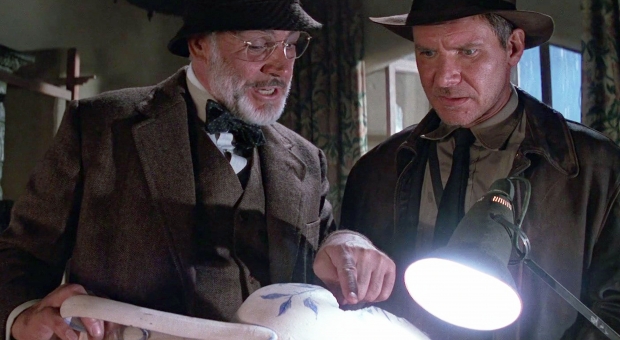 Reworked for Dolby Atmos by original sound designer Ben Burtt, The Last Crusade is an often impressive effort that subtly refines and enhances the previous 5.1 mix for additional clarity and introduces some pleasing height surround effects. There's been no attempt to replace or re-record any of the sound effects; this is the film as it's always been, just better. A more recent production than its predecessors, the film also benefits from having been recorded digitally, and this certainly helps to provide a better base for this remix, albeit one that predates the Dolby Digital system by a few years/

In short, Indiana Jones and the Last Crusade sounds authentic to its original mix but ever so slightly updated to take advantage of today's technology. 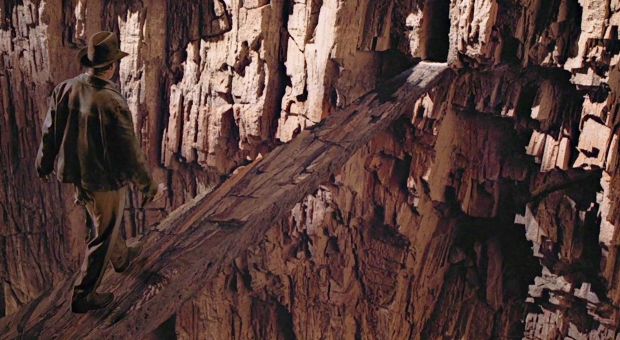 Bar two Theatrical Trailers (both presented in 1080p), all of the bonus material is included on the 5th disc of the collection, along with bonus features for the other three Indiana Jones films. In this section, I will talk about the bonus features exclusively relevant to The Last Crusade. Further features are peripherally concerned with all the films and will be discussed during the review of the final film; Kingdom of the Crystal Skull.

Included from the previous DVD release is the 30 minute The Making of The Last Crusade documentary, produced by Spielberg regular Laurent Bouzereau. It's shorter than its predecessor and breezes over some elements of production that I would have liked a bit more emphasis on, but overall this is a decent feature. 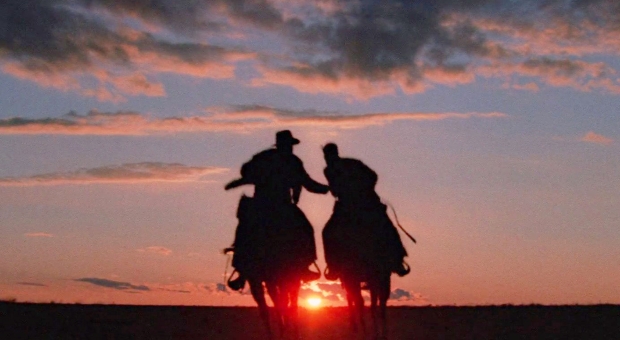 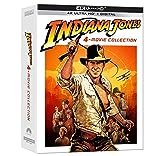 The third Indiana Jones film is all in great fun, presented on an excellent 4K disc.