Late last year, WD refreshed its My Passport SSD lineup to include a new chassis design several colorways and swap out the drive used internally to drive up the top capacity to 4TB. At launch, we were able to get the 1TB model sent over for review but had the word in waiting on the 4TB model to be released as well.

Earlier this year, around the beginning of February, WD reached out with samples of the 4TB model, and now a few months past that, we have the drive in-house for testing. The latest My Passport SSD is offered in several capacities that include 500GB along with 1,2, and 4TB models. Connectivity is pushed via USB-C with a background in USB 3.2 Gen 2; this gives the drive performance up around 1050 MB/s read and write.

MSRP of the WD My Passport SSD in the 4TB capacity comes in at $649.99 with a five-year warranty. 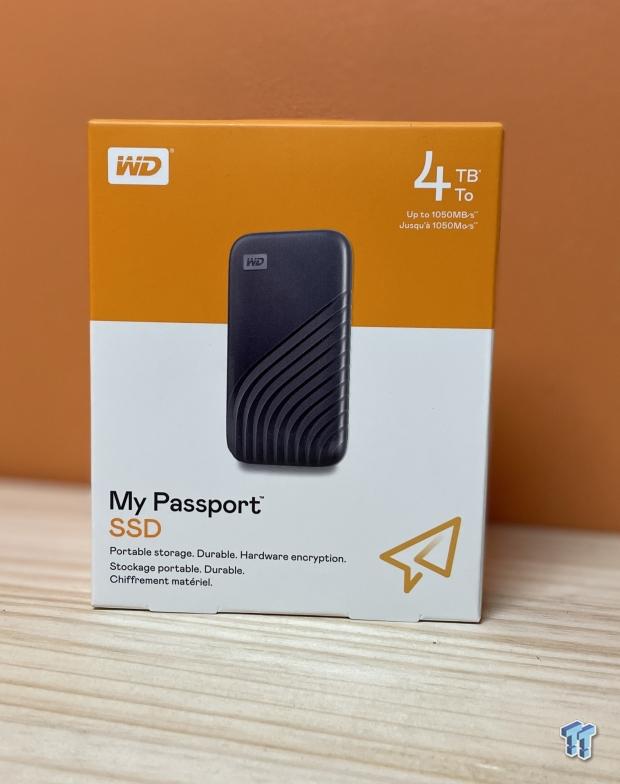 My Passport SSD is delivered in standard packaging. Capacity top right along with performance. An image of the drive is displayed centered on the packaging. 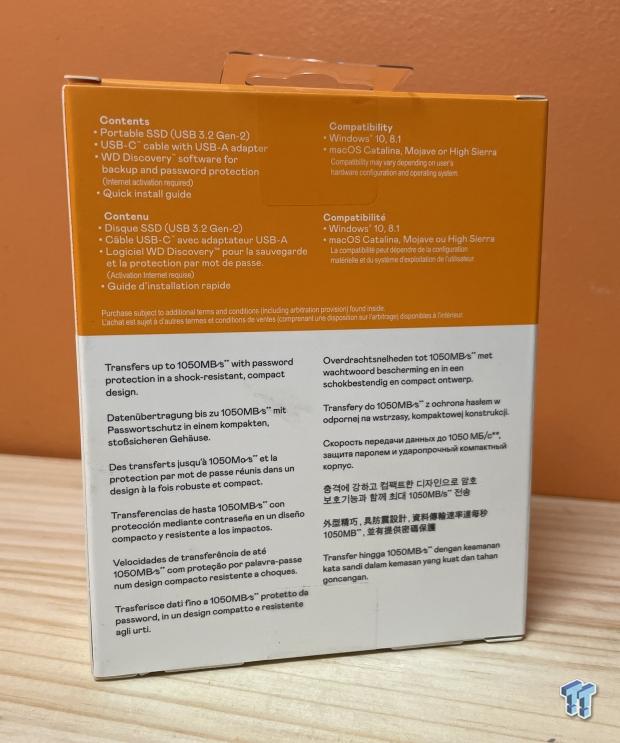 On the back, we have box contents and compatibility listed and down below marketing performance in several languages.

Unboxing, the drive is accompanied by the USB-C cable that includes a Type-A adapter. 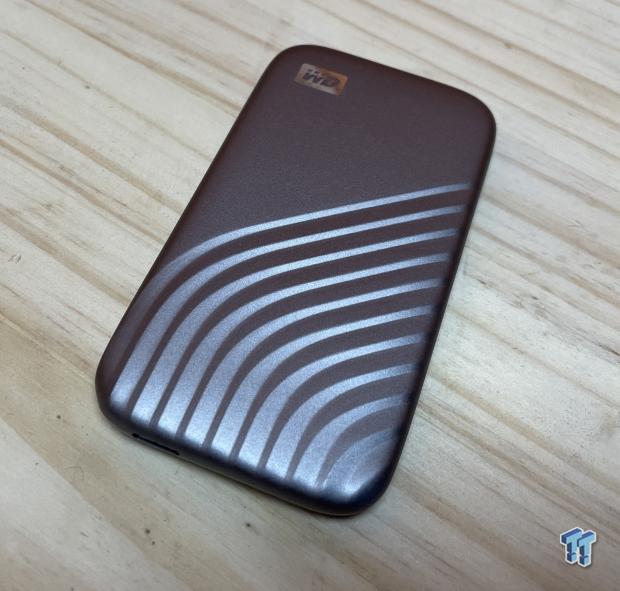 The My Passport SSD enclosure is both plastic and aluminum, a new wave design on top with WD branding. 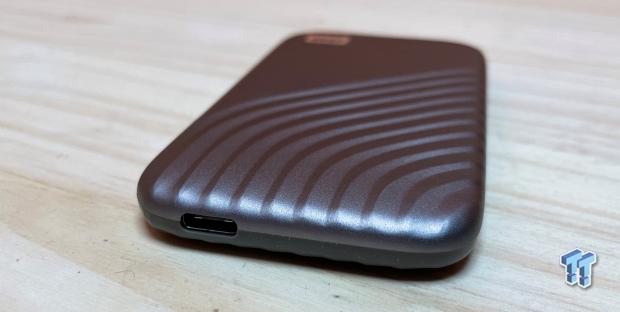 The edge of the drive offers a USB-C connection. 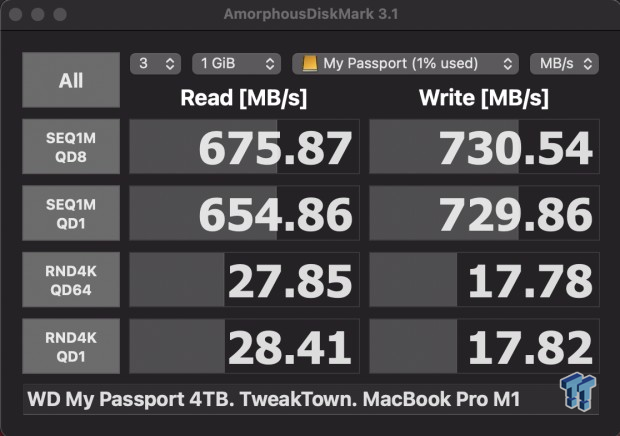 I first ran the My Passport SSD through testing on the MacBook Pro. Results came in at 675 MB/s read and 730 MB/s write. 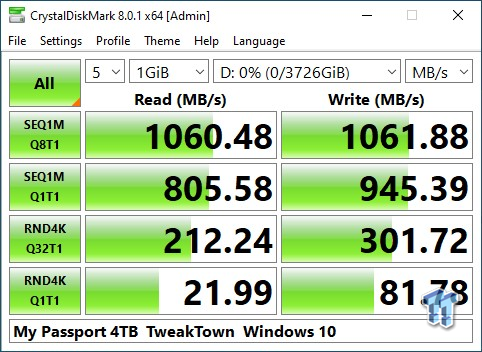 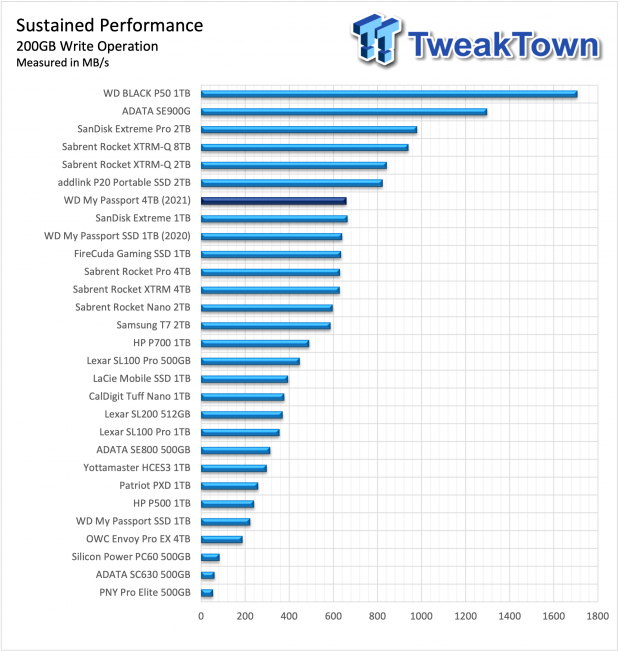 Sustained performance testing had the My Passport SSD at 659 MB/s on average over the 200GB file operation.

My Passport is one of the longest living product lines from WD, and in its latest iteration, it's a top-tier drive that offers pretty solid build quality with a mix of plastic and aluminum for the enclosure and, internally, an SN550e NVME solution. This offers both the capacity we all crave at 4TB along with the performance needed for quick backup operations.

In testing, the drive landed 1060 MB/s read and write from CDM while numbers came in a bit lower on our MacBook Pro M1 at 675 MB/s read and 730 MB/s write. Sustained performance was quite good, 659 MB/s average over the 200GB file write operation; this was good enough to make the drive a top 10 solution in our charts.

Pricing at $649 MSRP for the 4TB model is slightly high, but for those interested, Amazon is shipping them out the door at $599 at the time of writing.

At the 4TB capacity, the WD My Passport SSD is a fantastic solution that offers both performance and reliability in a small footprint.