Revenge of the Sith is the best of the Star Wars prequels and rounds out the story in an adequate fashion. The 4K release is a solid upgrade.
Buy at Amazon

Six years on from the release of his opening salvo in the Star Wars prequel series and with an undeniably dented reputation, George Lucas soldiered on to finalize his vision and present the world with the definitive take on how gifted Jedi Anakin Skywalker fell from grace to become the villain in his final entry Revenge of the Sith.

Haunted by nightmares of the death of his wife, Padme Amidala (Natalie Portman), Anakin Skywalker (Hayden Christensen) is spurned on by Chancellor Palpatine (Ian McDiarmid) to embrace the dark side of the force, which he promises will save Padme from certain death. The galaxy has changed forever. The stars have aligned for the destruction of the Jedi order and the fall of the galactic democracy, all leading to a final confrontation between the learner and his master, Obi-Wan Kenobi (Ewan McGregor).

With expectations at bargain-basement levels and a smart advertising campaign that successfully rekindled fan's love for the original trilogy, it wasn't really hard for Revenge of the Sith to find a level of critical and fan acceptance. It's not a perfect film. Far, far, far from it. But it's likely the best we could expect, all things considered.

As a bookend to the prequel series, Revenge of the Sith does a reasonable job at tying up loose ends from its two predecessors, but also in what was then a six-part series. Tonally and visually, the prequel and original trilogies were at complete odds with each other, but there was at least a coherent and cohesive vision employed.

Following the Disney sale and the 2019 release of what is, at least now, offered as the final entry in the Skywalker saga: The Rise of Skywalker, we now get to witness the entire 9-part arc of the Star Wars saga in totality, and my what a bumpy ride it is. To be clear, I love all things Star Wars, and likely always will, but if I'm brutally honest, it simply serves to highlight how effective and stand-alone the original trilogy is. 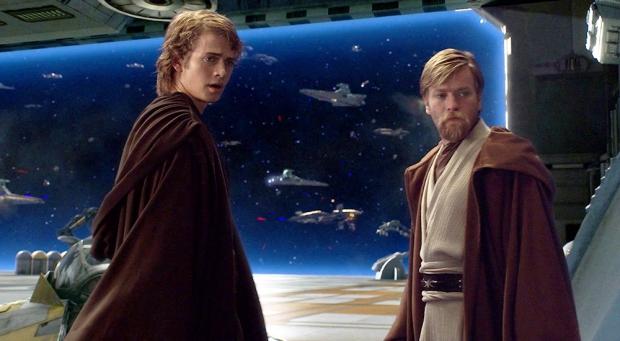 Star Wars Episode III: Revenge of the Sith is presented in its original aspect ratio of 2.39:1, encoded with H.265 compression, and finished with a static HDR-10 pass.

As with its predecessor, Revenge of the Sith was lensed digitally on the same Sony HDCAM format. This was all cutting edge stuff three years earlier but had since become far more commonplace and with many technical issues resolved. Even the quality of Industrial Light and Magic's computer graphics output had significantly improved, with better lighting and compositing, which noticeably enhances the blending of live-action and CG elements.

These technical improvements contribute to making Revenge of the Sith the most pleasing upgrade of the prequel films, despite coming from a 2K digital intermediate, upscales quite effectively to 4K. Compared to the earlier Blu-ray release, the 4K debut benefits from an improvement in color balance and HDR toning and subtle improvements with regards to compression.

Overall, the 4K debut of Revenge of the Sith marks a nice improvement over the Blu-ray and is probably the most technically proficient of all six Star Wars films which have made their way to the format for the first time. 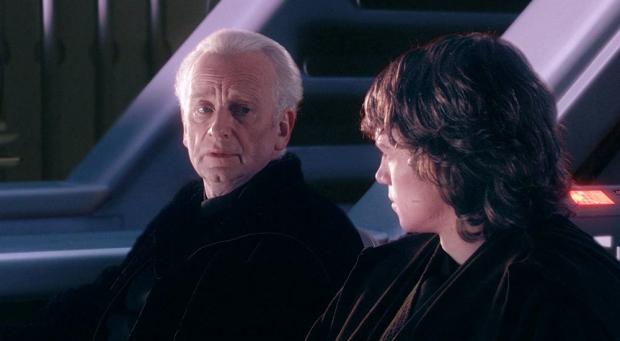 Building on the 6.1 track prepared for the 2011 Blu-ray by LucasFilm in-house sound mixer Matthew Wood, the new Atmos mix provides some slight improvements but remains held back by the original sound mix, which remains largely intact here.

Due to the absence of legendary sound mixer Gary Rydstrom who elected to not return for the last prequel, left a gaping hole in the original sound mix, which continues to be felt to this day, most notably with more anemic bass response and less aggression to the main channels. It's not necessarily a huge problem in isolation, but compared to both prequels, which had soundtracks that were positively cooked, this seems like the outlier.

Technically there's little to complain about - the upmixing hasn't resulted in the introduction of any major issues, but neither does it really much new to the table. The main soundstage takes most of the sonic heft, but there is some effort to make the rears sing. As mentioned, low-frequency usage is surprisingly low and a little disappointing. John Williams returns once again and brings together his musical themes, old and new, and it certainly sounds fitting and appropriate to the wider Star Wars saga.

Overall, a fine effort but compared to the barnstorming soundtracks for Phantom Menace and Attack of the Clones this one is undeniably weaker. 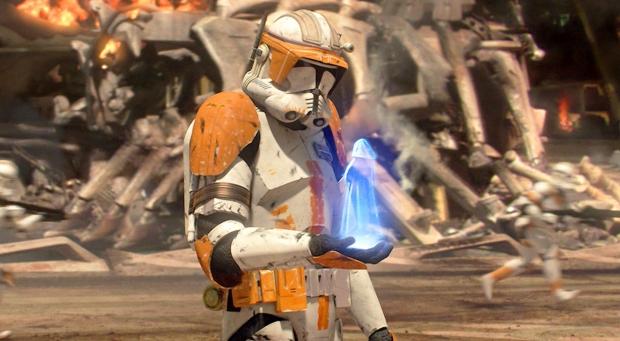 The collection of extras for Star Wars Episode III: Revenge of the Sith are dispersed over the two included Blu-ray discs. With none to be found on the 4K disc, this means there's no option to watch the 4K disc while listening to the audio commentaries. Such is the prestige of Star Wars that Disney Australia has reversed their one-disc standard approach to 4K releases in this country, bundling each title with not one, but two Blu-ray discs. This is a welcome change, but I suspect one that will be short-lived.

The vast majority of features have been ported over from the previous Blu-ray and DVD releases, except two brief featurettes, Conversations: The Star Wars That Almost Was, Discoveries from Inside: Hologram & Bloopers which amount to barely eight minutes of footage. While neither are directly related to Revenge of the Sith, fans will appreciate them, but as with all these featurettes, they could have gone for so much longer.

Returning are two audio commentaries, the first featuring Director George Lucas, Producer Rick McCallum, and ILM staffers Rob Coleman, John Knoll, and Roger Guyett which was recorded in 2005 for the initial DVD release, while the second is assembled from interview comments and edited together in a fairly relevant and cohesive manner. 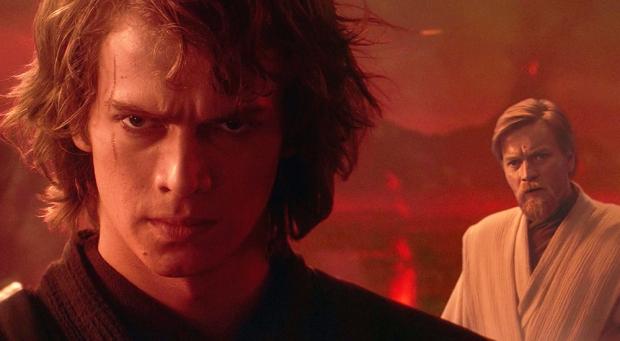 The feature-length documentary Within a Minute - The Making of Episode III Feature-Length Documentary, which debuted on the first DVD release, makes a very welcome return, albeit locked to standard definition. Over its 80 minute length, the feature hones in on roughly a minute of finished film footage from the climactic lightsaber battle and reveals the level of minutiae that goes into bringing it all to life. It's a novel approach to a documentary, but it's effective and certainly made me re-appreciate that CG is much more than some blokes in ILM pushing buttons at a desktop.

A further two featurettes The Journey and Star Warriors take a closer look at other pop culture impact of the franchise.

Next up are 15 Deleted Scenes, most cut quite clearly in the editorial process and in a very rough animatic state but which would have extended the back half of the film considerably, but also, particularly Yoda Communes with Qui-Gon would have seen the return of the Phantom Menace character.

Finally, we have the ILM Episode III Siggraph Reel and some limited Interviews with cast and crew to round out the collection.

Revenge of the Sith is the best of the Star Wars prequels and rounds out the story in an adequate fashion. The 4K release is a solid upgrade.