We have followed ADATA for years, and in that time their storage portfolio has grown immensely. Part of this growth has come in the memory card department, today we have two of their newest solutions in-house. 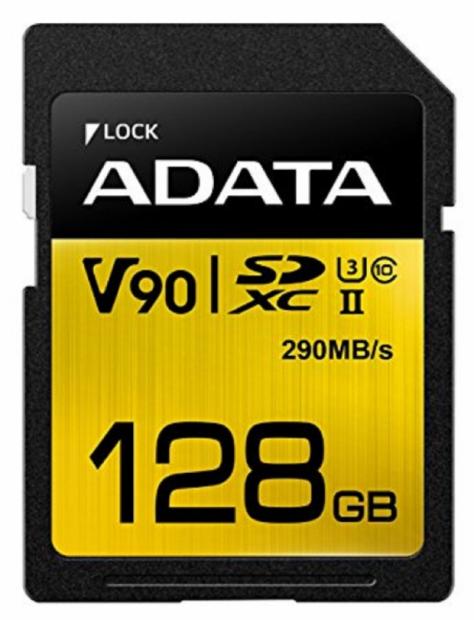 The Premier brand has been at the heart of ADATA'S memory card lineup for years. Within this portfolio, there are several models including Premier, Premier Pro and Premier One. For this review, ADATA sent over there latest Premier 128GB microSD solution which offers mainstream performance of 85 MB/s read and ~20MB/s write while carrying UHS-I, Class 10 and V10 ratings. This lineup comes in 16, 32, 64 and 128GB capacity options. The second card that was sent over to us for review comes from the Premier One SD lineup. This solution is a UHS-II memory card capable of 290 MB/s read and 260 MB/s write while carrying the U3, UHS-II, Class 10 and V90 ratings and offering capacities of 64, 128 and 256GB. 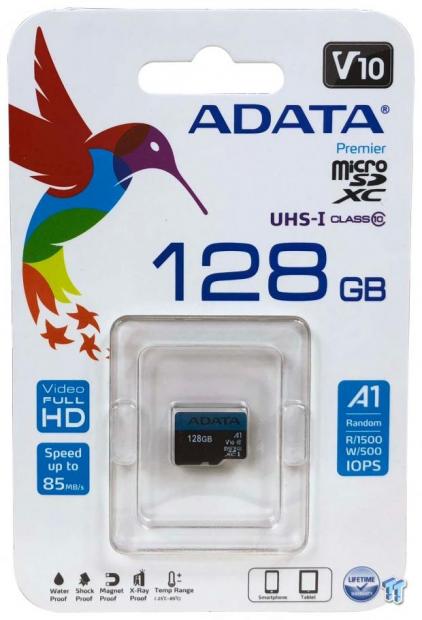 We start with the microSD solution. Packaging meets the standard we have seen for years with memory cards. Capacity is listed in bold print above the card itself. The left, right and bottom offers features and marketing for the card. 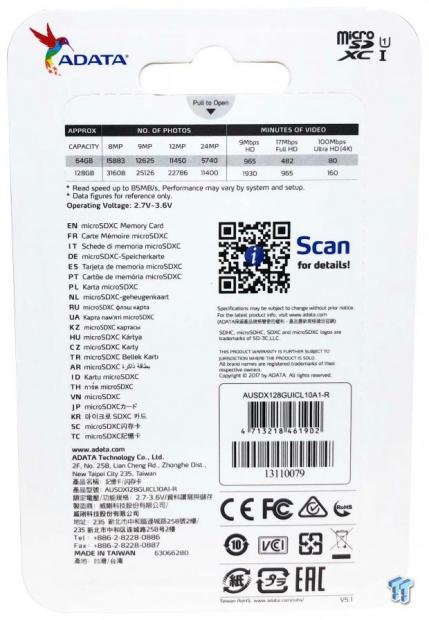 The back offers a chart for recording time for each capacity and the number of photos that can be taken. 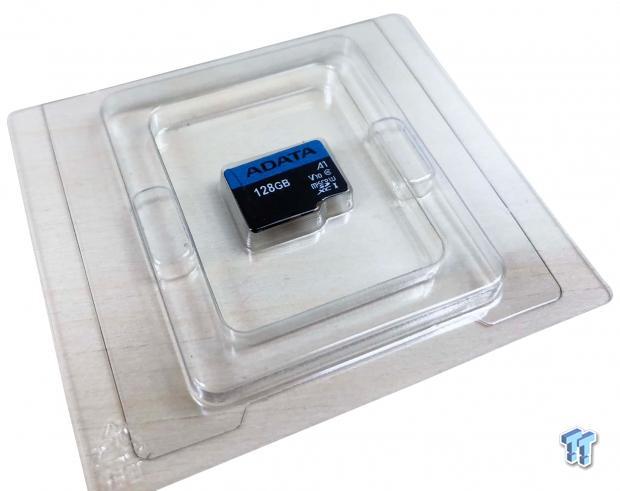 The card follows the microSD form factor, painted blue on black with capacity to the left and speed ratings to the right. 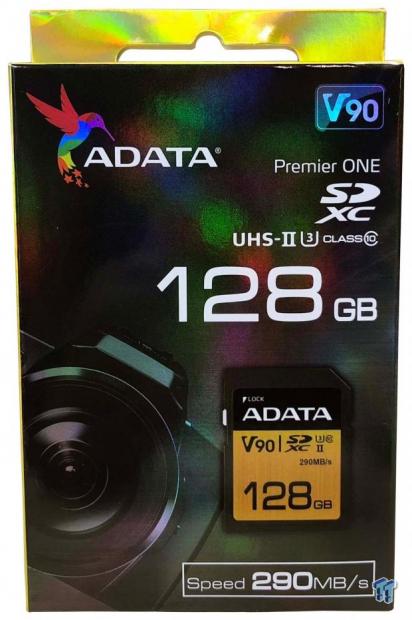 Next up, we have the Premier One. Packaging is more extravagant with this solution letting you know its top of the line for ADATA. Capacity again is in bold print, speed is displayed very proudly at the bottom. 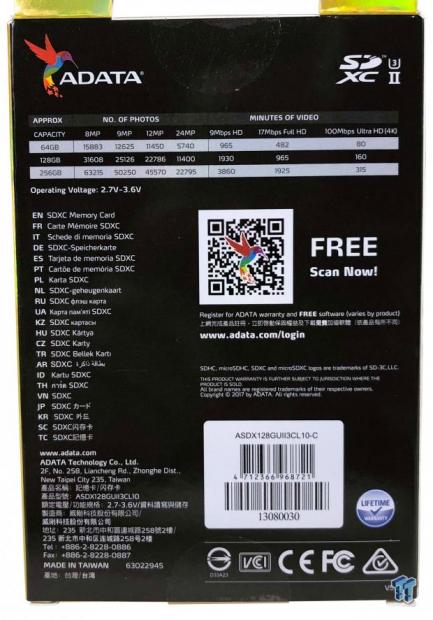 The backside gives us a similar recording time chart as the microSD solution. 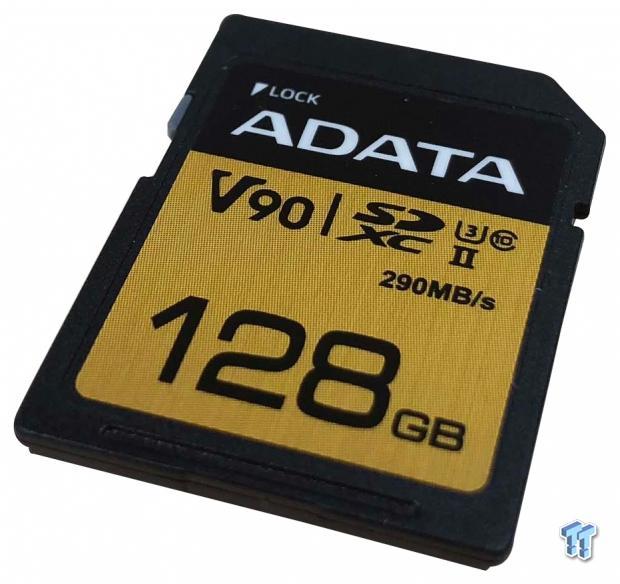 ADATA has marked this solution with a gold sticker, capacity in large print. It conforms to the latest standards being a UHS-II solution carrying the V90 speed class. 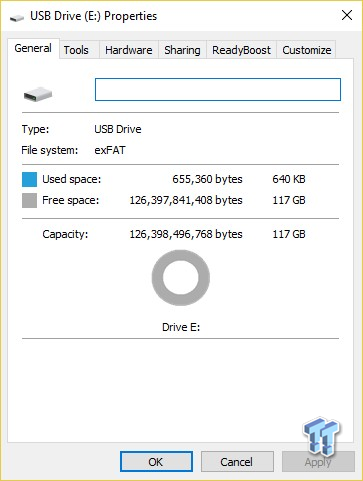 Both cards are 128GB model and come formatted with the exFAT filesystem. Each has an available capacity of 117GB. 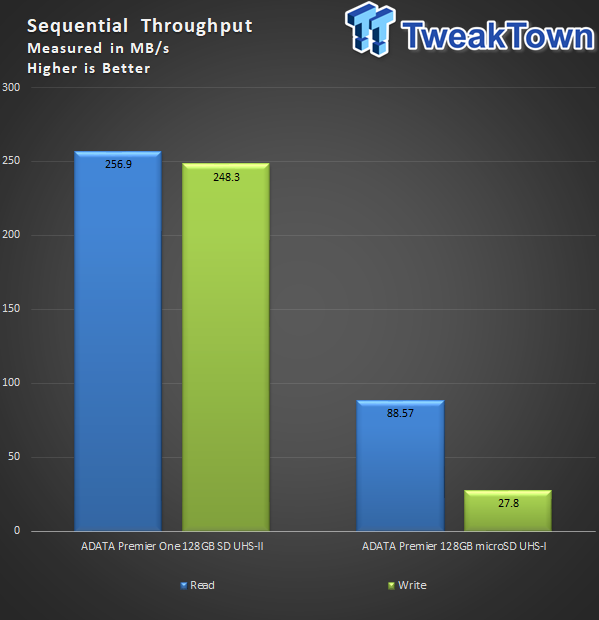 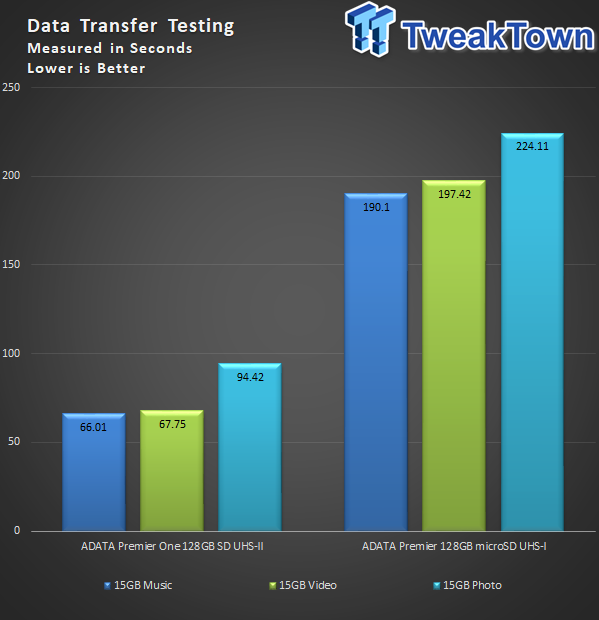 Moving to the real data test, we transferred from our P3700 three batches of data all being 15GB in size. The Premier One moved music in 66 seconds, video in 67 seconds and 15GB of Photos in 94 seconds. The Premier microSD did this same test in 190 seconds for music, 197 seconds for video and 224 seconds for photos. Both cards tested here today offered what I would consider "standard" durability.

I didn't have any issues with the cards in the few systems I used them in and for the microSD it worked without issue in every action camera and security camera I put it in. ADATA does say these cards are water, shock, magnet and x-Ray proof and even offers an extended temperate range of -25c to 85c.

Read performance of the Premier microSD at 88MB/s in my testing puts it with other mainstream solutions tested in the past. As for moving data, the card did well moving both music and video under 200 seconds. As for the Premier One SD, this card was the quickest I have tested to date with its 257 MB/s putting it over the 255 MB/s reached by the Lexar solution and 241 MB/s from the Extreme Pro from SanDisk.

Moving data, this card was very quick moving music and video at 66 seconds and photos at 94 seconds. As far as pricing goes the Premier microSD is very competitive with its MSRP at $49.99 with only a few dollars separating it from the equal SanDisk or Lexar solution. The Premier One UHS-II card, on the other hand, does even better, coming in $50 cheaper than comparable SanDisk and $20 lower than the Lexar.

The Bottom Line: The Premier One UHS-II solution has proved in both performance and price it stands alone and deserves the Editors Choice.