Silicon Motion announced its entry into SD Express back in April with the SM2708 controller. SD Express looks to bring the aging SD card form factor up to speed with an NVMe-based interface, and while the initial specification was drafted back in 2018 and Phison was the first to jump into the market with its PS5017 controller, it was based on the SD 7.0 specification which interfaced with a PCIe 3.0 x1 design.

Silicon Motion's SM2708 offers a two-lane design, still on PCIe 3.0, but we are looking at close to 2GB/s in theoretical performance depending on the actual card capability. More recently, the SD Association has announced version 8.0, which moves the two-lane interface up to PCIe Gen4 for a theoretical limit of 4GB/s.

Pinout for these new cards will look very similar to the upgraded UHS-II and UHS-III spec; note the SD Express has reserved areas for expanding the pin layout. The new two-lane SD Express layout includes a third row of pins.

Silicon Motion reached out a few weeks back and asked if we would like to test drive SD Express with their new SM2708 in pre-production SD Express cards. Accepting the invite, they sent over an SD 7.1 card reader and 250GB SD Express memory card.

The card reader itself is a Realtek-designed board powered by USB 3.2 Gen 2, so we do have the throughput available on the host end.

The RTL9211 is powering the SD Express card reader as the USB to NVMe interface.

The card itself has the familiar SD card form factor.

Flipping the card, we have the standard single lane SD Express layout on this card.

Silicon Motion is expecting partners like ADATA and Lexar to launch solutions based on its design soon. Both companies have announced products; ADATA in its Premier Extreme lineup and Lexar with its Professional brand. Both vendors look to push these cards for the DSLR, 8K/4K HD, and 3D HD camera market with advertised speeds up to 800 MB/s read.

If our initial testing of this new standard is any indication, the SD Express form factor will surely raise the bar on mainstream resolution in our everyday DSLR cameras while maintaining backward compatibility with standards already in place with SDXC and UHS classes. Further, with SD 8.0 now ratified, early adopters and enthusiasts can look forward to further increases in performance with two-lane cards on the horizon powered by the SM2708 controller from Silicon Motion. 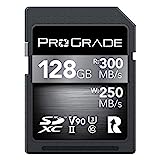