Priced well with the market being what it is today, the Sniper X from G.Skill looks great, performs close to other similar sets of DDR4, but has plenty left in the tank for the tinkering crowd out there. Even without a military theme, the white Sniper X we got, will make a cool addition to any build.

When DDR3 was all the rage, G.Skill dropped a new product onto the scene, and they called these new kits Sniper. At that time, G.Skill kept things classy using a black PCB, but on top of them were assault rifle styled heat spreaders, which even included sights at either end of the top section. While this provides some history as to where the product we are looking at now got its start, what you are about to see is nothing like the originals.

G.Skill has sent over a set of F4-3200C16D-16GSXWB Sniper X sticks, which are one of three colored options. While ours come with black sides, and the camo pattern is in black, gray, and white, you can get silver spreaders on the sides, with the option of black and green digital camo or white and green camo.

In the past, we knew of a few motherboards with camouflage patterns applied to either the heat sinks, the PCB, or both, but currently, we can only think of the MSI motherboard which can run DDR4. Even though a camo motherboard would be the obvious choice for Sniper X memory, many systems have a military theme to them, and there are a few cases on the market which start this off for many users too.

With the green options G.Skill offers, that seems to be the only way to go, but with the kit we selected to test from G.Skill, we do not feel that the camo is distracting, and will look pretty snazzy on just about any DDR4 motherboard out there today. 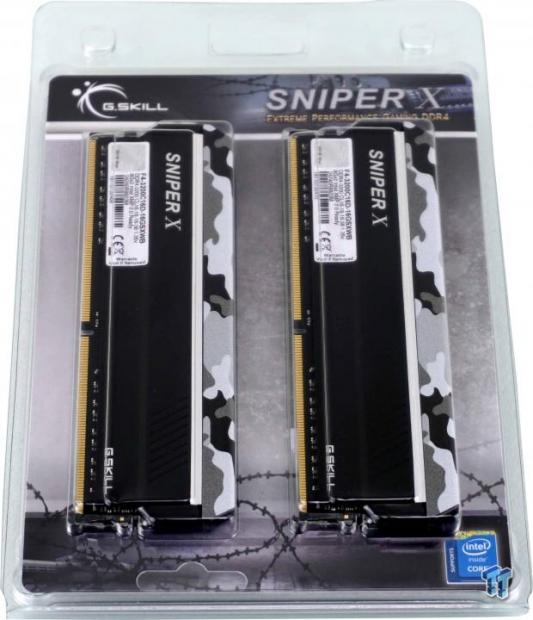 The packaging which contains out sticks of Sniper X RAM is clear plastic, which snaps together at the top. The RAM is setting on a cardboard insert which displays the manufacturer and product name, while also showing some barbed wires and a gloomy gray sky. Other than that, the only other thing seen is that this RAM shows Intel support, but no mention of AMD. 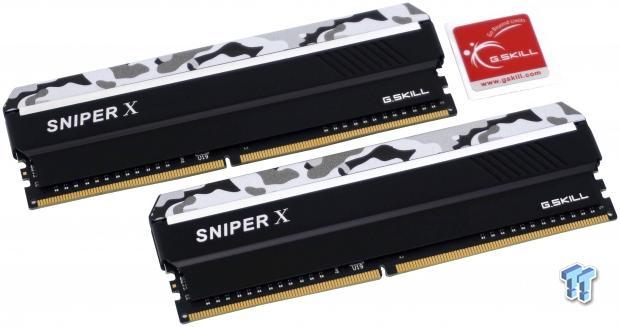 Removing the Sniper X from the packaging, we can now see the "good side" of the sticks. The top portion has a white, gray, and black camo pattern applied to it with a section of exposed aluminum below.

The bulk of the heat spreader is black and keeps the angled lines found at the right, which harkens back to the angular lines of the original Sniper DDR3. Painted onto the heat spreaders, we also see the bold Sniper X, while the G.Skill name at the bottom is embossed and is exposed aluminum. 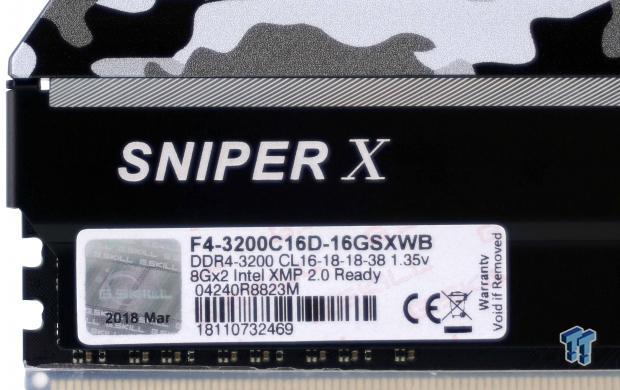 On the reverse of the sticks is where you will find the product sticker for this kit. Inside of the G.Skill hologram we see that the memory was just made in March, while to the right is where the bulk of the information is. The model number is at the top, followed by the speed, timings, and voltage, and we also find the density and that to utilize the potential, you need to activate the Intel XMP 2.0 profile.

When installed, if you are using an open air chassis, or one with a side window, this is the view of the Sniper X memory you will see most. Each end of the sticks are angled slightly with solid black panels, but the remaining portion of the top edge carries the camo pattern we found from the side view. In this instance, we also see the G.Skill name on the top part, painted on top of the camo. 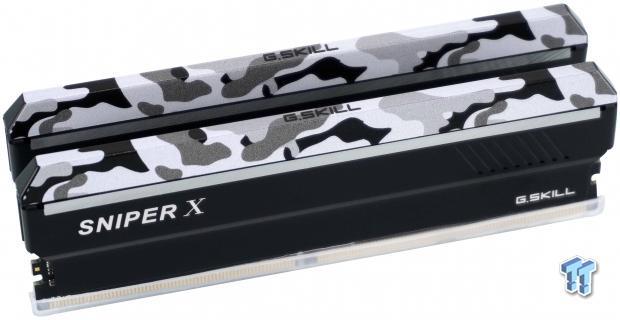 We had issues attempting to remove the heat spreaders, so we stopped trying before we caused any damage to the ICs. Instead of showing an image of the IC under the spreader, we opted to use Thaiphoon Burner. After reading the SPD information, we can see that G.Skill chose to use Hynix ICs in the Sniper X kits. With the set we have for testing, the ICs are H5AN8G8NFMR-TFC chips. 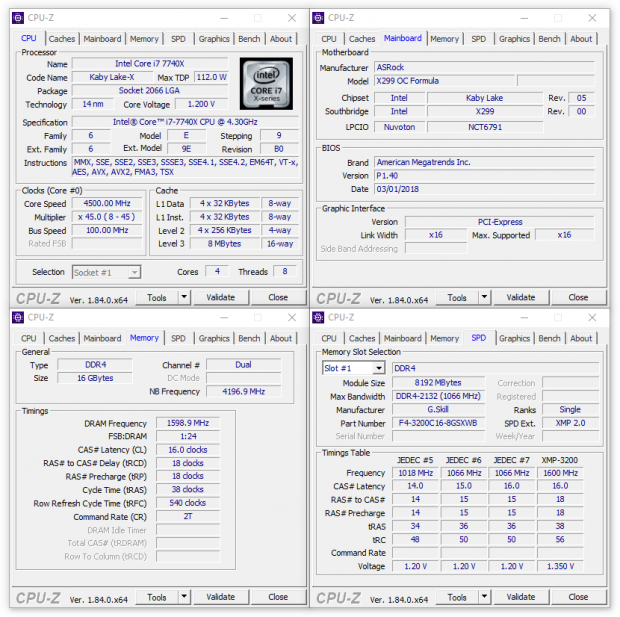 Once installed on the motherboard, and stopping in the BIOS to enable the XMP 2.0 profile, we booted up the OS and found what we see here. The speed is showing just under 3200MHz at this moment, but that is due to clock speed variation. 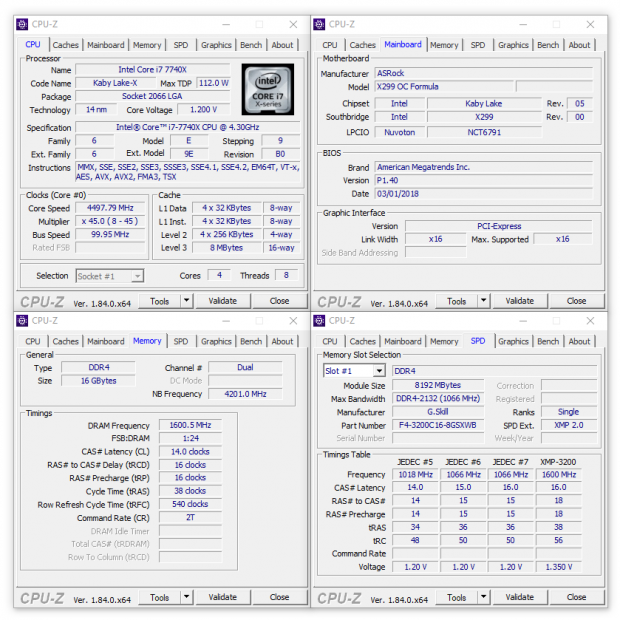 We also lowered the timings a bit when tinker with the Sniper X. Setting our limits to voltages, with 1.45VDIMM and 1.25VCCIO, leaving the VCCSA where it was, we were able to get this kit to 14-16-16-38 2T while still at 3200MHz. The Sniper X is stable as can be, and we can run our sticks like this all day long. 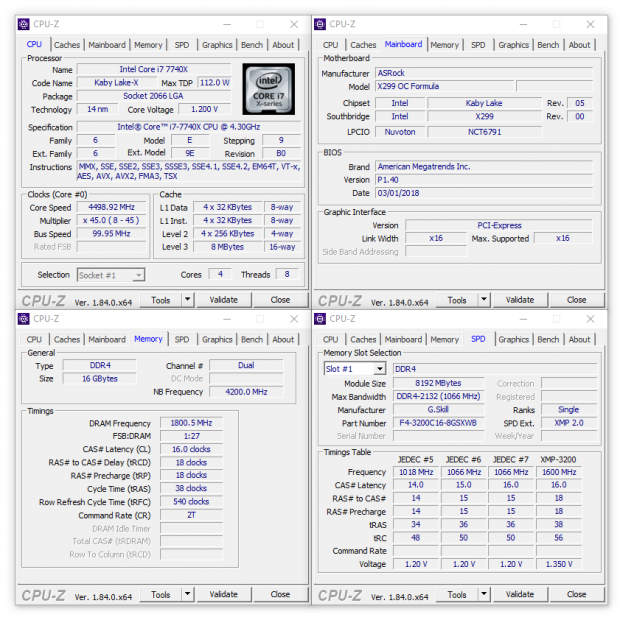 Using the same voltages described above, we were able to get another 400MHz of speed out of the Sniper X DDR4 as well. With XMP profile timings and pushing the DRAM bus speed, 3600MHz is where stability stopped. We did see higher in Windows, but without adding more voltage, we could not get them to stabilize. At 3600MHz everything is right as rain. 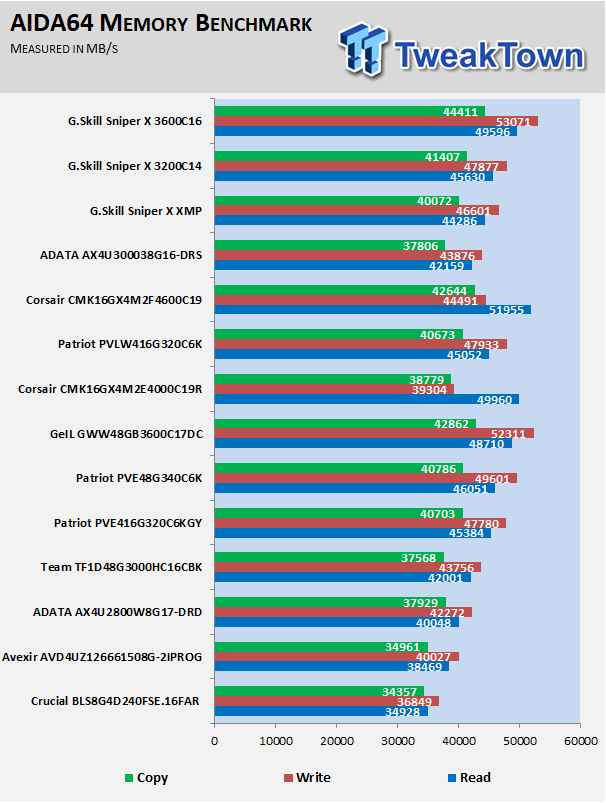 The results from AIDA64 shows us that the Sniper X, using the XMP profile, is slightly behind the performance of other 3200MHz kits in the chart, but still do well overall. Using lowered timings will boost performance in all three categories, but more speed is where the most significant jump occurs. The Sniper X beat the GeIL 3600MHz kit, they blow past the Patriot 3400MHz set, and the copy and write tests are better than seen in the Vengeance 4600MHz DDR4. 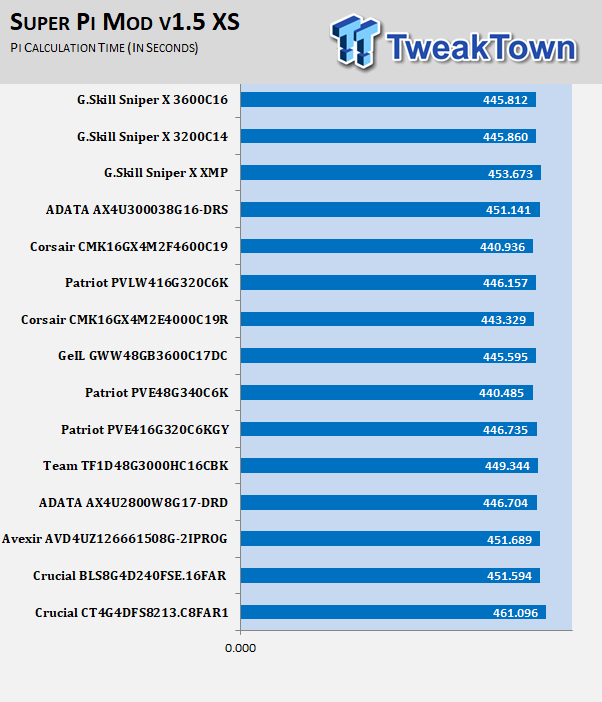 Running SuperPi 32M does not show the Sniper X with the XMP profile active in the best light. Every kit of similar speed beats it, and many of the slower sets do as well. Lowering the timings put the Sniper X in range of what we expected to see by default, and with more speed at XMP timings, the results are almost identical to less speed with tighter timings. 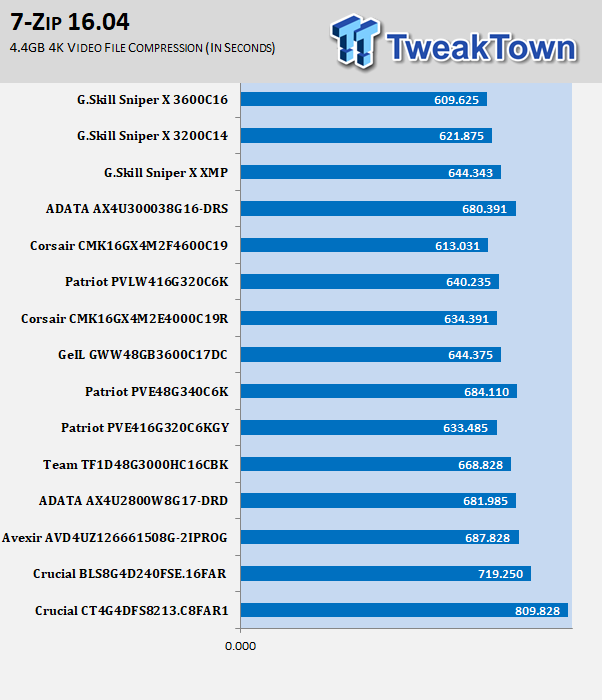 When it comes to file compression, the Sniper X DDR4 shows that it is up to the task. XMP 2.0 profile enabled, they run head to head with the 3600MHz GeIL, but there are also better 3200MHz kits available. We removed nearly 23 seconds from stock by lowering the timings, and with more speed, we eliminated approximately 35 seconds of time needed to complete the test.

At the end of it all, we are left teetering on the fence. The look and appeal to the masses of the Sniper X are on point, and many of the RGB haters out there will gravitate to these due to the lack of any LED lighting. Every once in a while, you have to get back to the basics, and offer something that is designed to work well, while not trying to persuade your dollars with fancy add-ons.

All of this is what the Sniper X DDR4 brings to the table, however, in testing, we did expect things to look better for G.Skill. Using the XMP 2.0 profile, and the relaxed timings this kit ships with, we found our other samples to have a slight edge over the Sniper X, but only slightly better results, nothing spectacular.

While we are looking at the usage of Hynix instead of Samsung ICs in this instance, we do not feel that for those using an Intel system that you will have any issues with stability or usability. AMD systems may not like the ICs however, and that can be a crucial factor in your purchase. 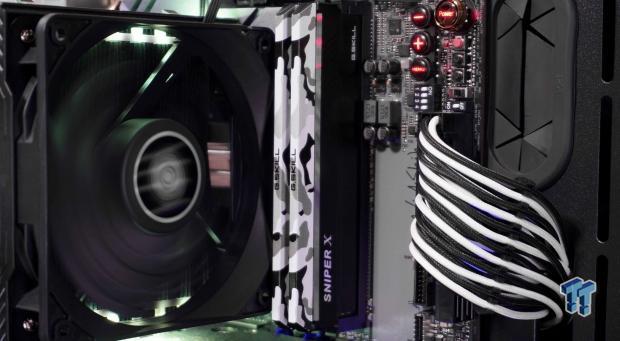 Recalling back to X99 testing, if we had a Hynix based set of DDR4, we knew we were in for some troubleshooting. Today, using the X299 system we do, we found the sticks to be rock solid with the XMP profile enabled. Also, we were a bit shocked at the room left to play around with the Sniper X RAM.

While lowering timings did not set any records for us and Hynix based DDR4, we feel the gains delivered by trying it was well worth the twenty minutes of tinkering in BIOS to see what would boot, and then a long round of stability testing was well worth it. We also like the fact that we can take our 3200MHz kit and end up with the next bin of sticks up.

3600MHz is just the start with our defined voltages, to keep things safe for the average user. For those of you who don't care one bit about warranties or like to push boundaries, our Sniper X still had more to give.

The last factor in any component purchase is the cost of the product. While this is the wrong time to buy DDR4 due to the increased price, comparatively the G.Skill Sniper X is not that bad. To obtain a 16GB kit of DDR4, at this speed, you will see pricing ranging from $180 on the low-end, and the most expensive is selling near $270.

The fact that we see the green versions of the Sniper X on Newegg at $183 is acceptable, for the current pricing. While we cannot find our memory on Newegg, we did locate it at Amazon, which is where they want an astounding $225.08 for them. In our mind, with pricing what it is, that is out of line. For those of you who cannot wait, and fell in love with the looks, by all means, go out and grab a set as they are some of the most affordable sticks in their category.

If it were us, we would wait and see if memory prices level out and buy when it returns to normal cost. Sadly, this is the only real issue with the Sniper X DDR4; G.Skill released them into a market which is beneficial to nobody but the manufacturers of the ICs. That out in the open, if you cannot wait to build a new system, and like the idea of a military theme, we would be all over the Sniper X in any of the three color options which matched the build.

The Bottom Line: Priced well with the market being what it is today, the Sniper X from G.Skill looks great, performs close to other similar sets of DDR4, but has plenty left in the tank for the tinkering crowd out there. Even without a military theme, the white Sniper X we got, will make a cool addition to any build.