For the creative professional there is no other, the OWC ThunderBlade v4 offers both capacity and performance in an attractive package.

OWC is starting 2018 on a high note, pushing out some intense storage solutions. The ThunderBlade V4 is by far one of my most anticipated devices of the year and it just so happens we have a unit in-house.

The ThunderBlade is a new lineup of storage devices from OWC. It plays off the "Thunder" in Thunderbolt to get its method of connectivity. That's said this is quite a unique device, custom-designed aluminum and made to reach some pretty impressive performance numbers. OWC has said this drive is capable of 2800 MB/s in read operations and 2450 MB/s write. With Thunderbolt 3 we have the ability to daisy chain up to six devices with capacity options starting at 1TB and move through 2 and 4TB solutions to reach the pinnacle of capacity, 8TB.

The ThunderBlade V4 is compatible with both macOS 10.13 and later along with Windows 10, both systems will need an available Thunderbolt 3 port or certified adapter for Thunderbolt 2 support. MSRP of the 4TB OWC ThunderBlade v4 comes in at $2799.99 with a three-year warranty. 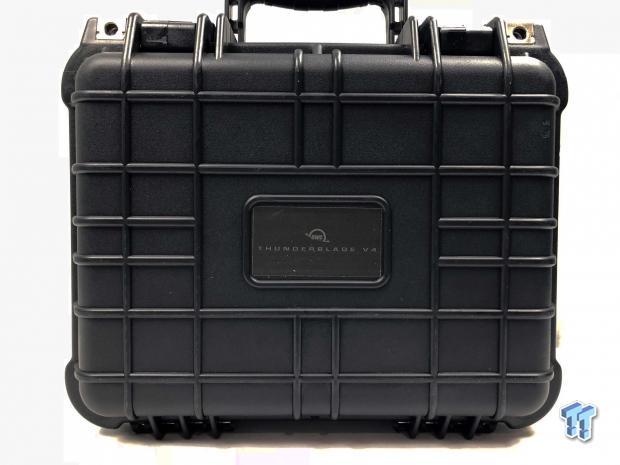 OWC pulled out all of the stops with the ThunderBlade v4, packaging the device inside a pelican case with simple branding on the front. 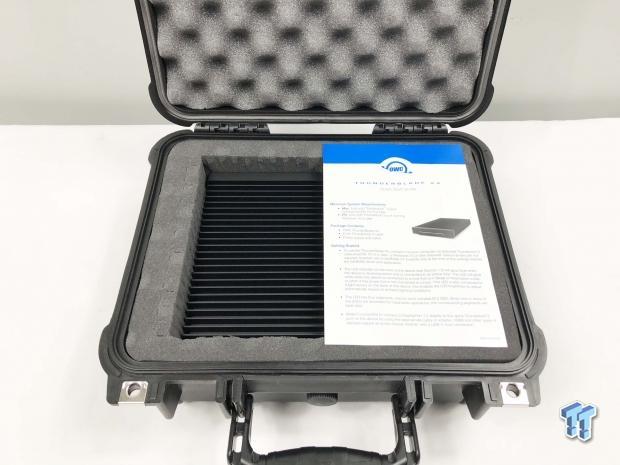 Inside, we have the drive protected in a light foam. 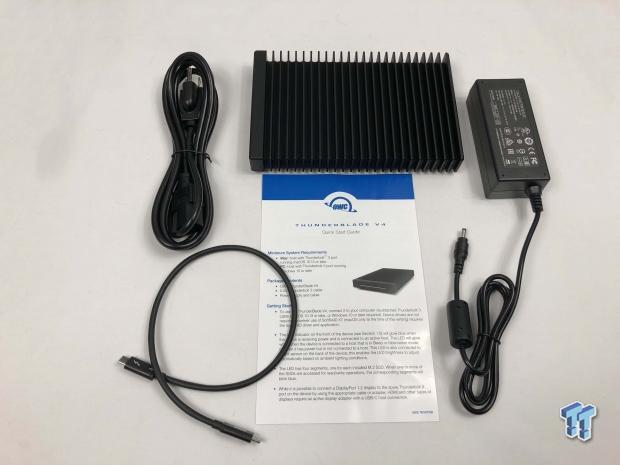 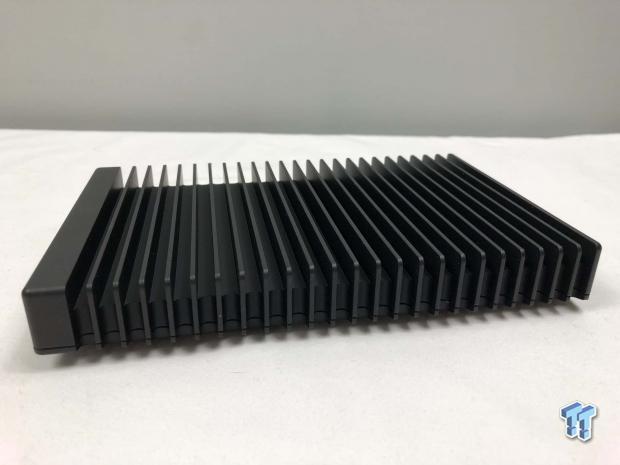 The profile of the ThunderBlade is very slim, most of the design going towards a heat sink approach to remove heat from the internal drives. 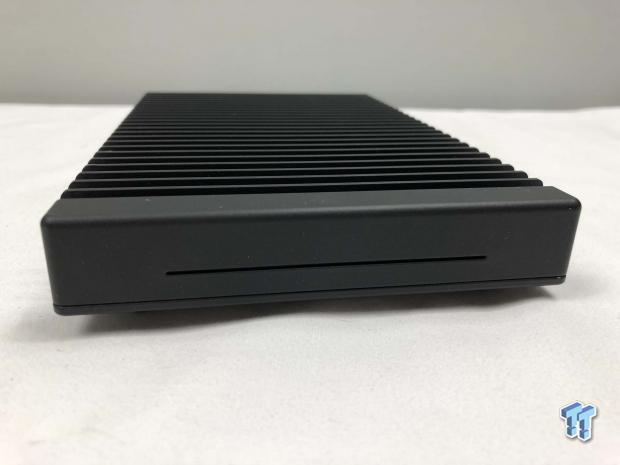 The front offers a long thin activity LED that is white when not connected to your PC or Mac and blue when connected. 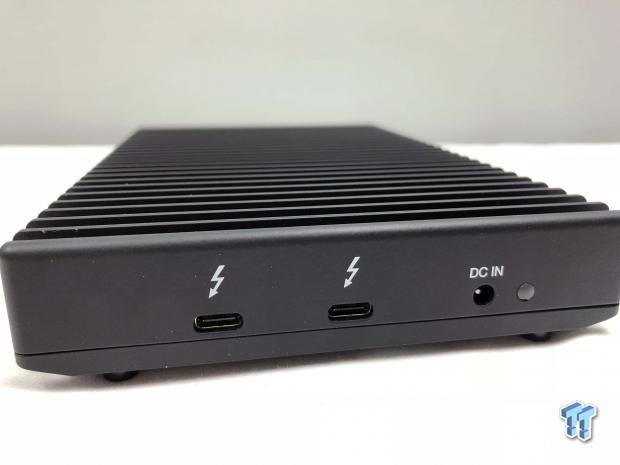 The backside offers the two Thunderbolt 3 ports with power input to the right. 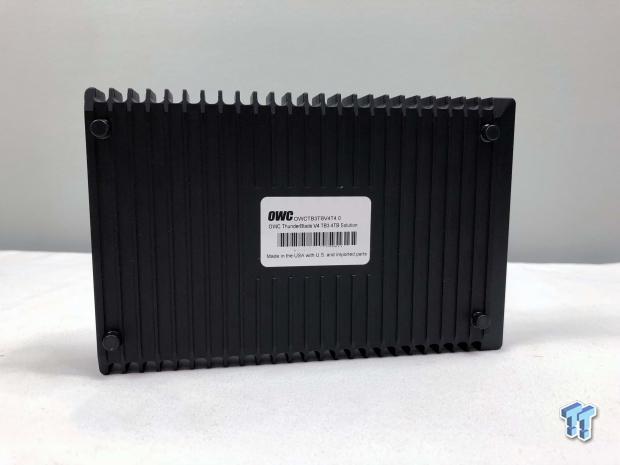 The bottom of the unit continues the heat sink design with four small feet to keep the unit up off your desk/ The sticker offers capacity and model identification. 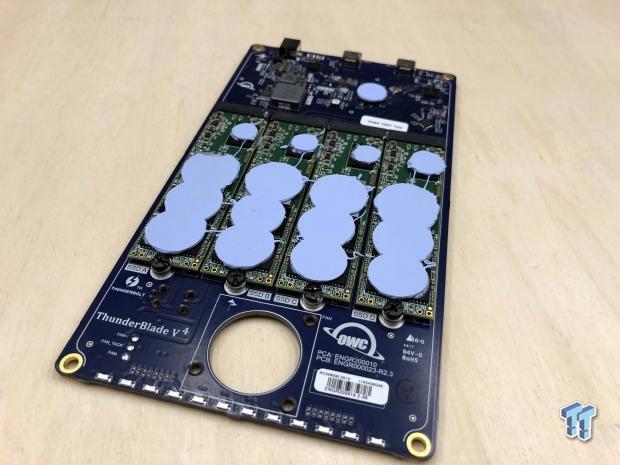 Internally, the ThunderBlade v4 houses four NVMe SSDs on a custom PCB. Our model features four 1TB drives, that appear to be from the Mercury lineup. 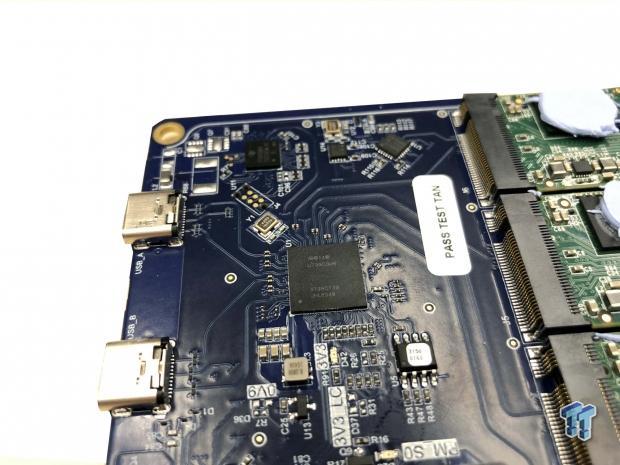 I decided to take a more interesting route on testing the ThunderBlade v4. I think most would put together a striped array with all four of the internal drives and run it through all the canned benchmarks you can handle. I see the ThunderBlade as a more flexible solution so I wanted to test the performance individually and together, where we will find the max performance. For this testing, I am deploying CrystalDiskMark 5.5.0 x64. 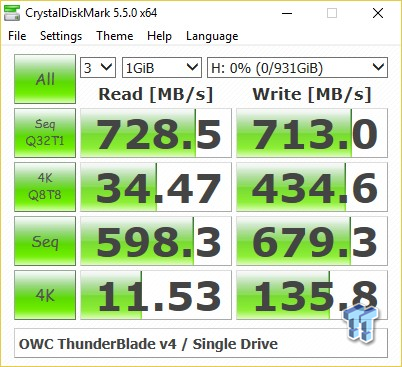 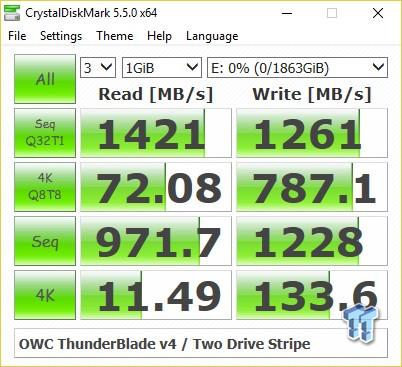 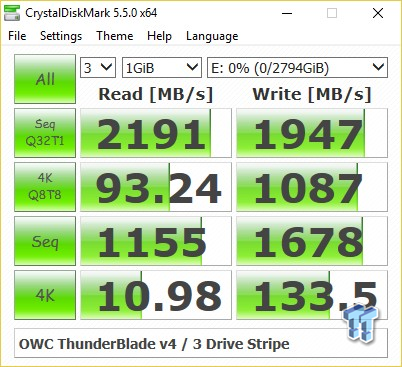 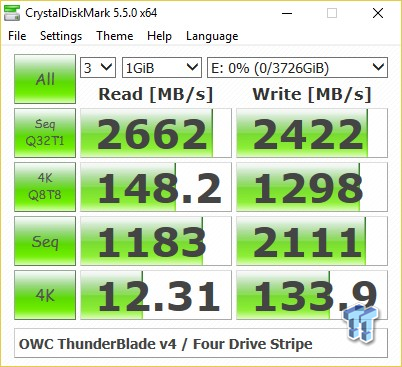 Peak performance reached was 2662 MB/s read and 2422 MB/s write. This was an increase of 471 MB/s in read performance while write performance moved up 475 MB/s. 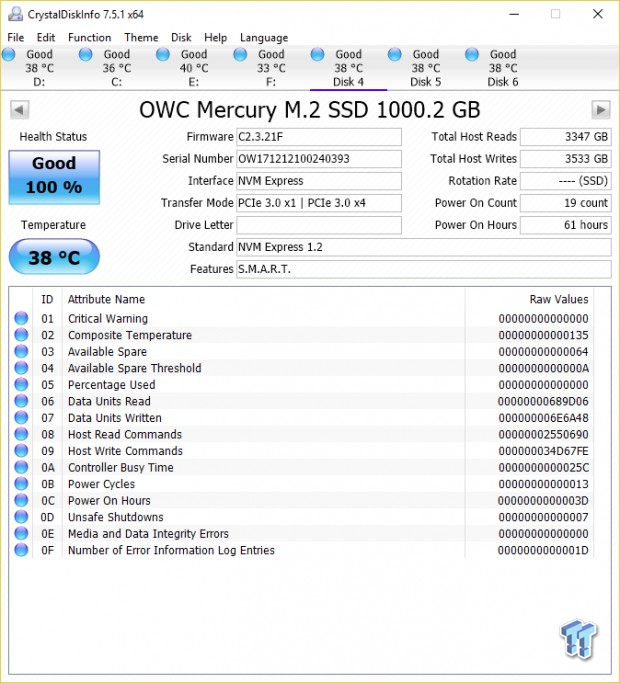 After testing, I decided to dive a bit deeper on the drives used inside the ThunderBlade v4. In doing, this I discovered OWC didn't cut any corners on the drives used. In fact they are using legit four lane m.2 SSDs inside the enclosure but due to the limits of Thunderbolt 3, each drive is only getting 1 lane of connectivity. This makes drives that are capable of 1800 MB/s read-only reach ~700 MB/s which isn't a bad thing just shows there is room for performance improvements even with a high-speed connection like Thunderbolt 3.

The ThunderBlade v4 isn't going to be for everyone. The price alone will dictate that but OWC has put together one of the quickest external storage solutions I have ever seen with this new platform. Build quality is second to none, with a pure aluminum design that offers both a unique desktop aesthetic and functionality in cooling. In addition, OWC has included a three-year warranty on this device, class leading in most respects as many external devices land around one-year.

Performance in many of the canned benchmarks landed between 2200 and 2600 MB/s for both read and write. CDM showed a solid 2667 MB/s read, the highest of all tests while AJA, BMG and Anvils all showed similar ~2000 MB/s read and 2200 MB/s write scores. IOMeter showed solid scaling with QD in both sequential and random workloads with the unit peaking at 2358 MB/s write and 65K write IOPS.

I really enjoyed my time with the ThunderBlade v4 as it's a very flexible solution in that you can configure it to your needs. The four drives operate independently of each other, using SoftRAID from OWC for macOS or Windows disk management you can setup a striped array for two or all four drives. You can also choose to use the drives independently of each other and have four 1TB drives that reach around 700 MB/s read and write with the added benefit of no performance loss even when accessing simultaneously.

Overall, the ThunderBlade v4 is fantastic and while it is a niche item if you are a creative professional in need of seriously quick storage, this is your lucky day.

The Bottom Line: For the creative professional there is no other, the OWC ThunderBlade v4 offers both capacity and performance in an attractive package.