I don't often look at capture/streaming cards here at TweakTown. The last product like the unit in house today was the GameCaster from Diamond. With that said, AVerMedia has a long history in both the multimedia market and game capture.

The Live Gamer brand is the bread and butter of AVerMedia's game capture business. It ranges from PCIe devices like the GL510 through USB 3.0 with the GL310 and C875 ending at the latest solution, and the unit we have in the lab, the GC510 Live Gamer Portable 2. As far as design is concerned, AVerMedia has taken cues from its Ballista high-performance audio lineup and transitioned them to its streaming box.

Specifications of this device include a USB 2.0 interface for PC and HDMI 1.4 pass-through that supports 1080p60 resolution. Audio mixing for voice over is done via two front mounted analog 3.5mm jacks. Encoding is done via the H.264+AAC and the MP4 container.

Required to operate a device such as the LGP2 is a PC running Windows 7, 8, or 10 with at least an Ivy Bridge Core i5 processor, with a GTX6 series or Radeon R7 recommended, and 4GB of RAM. If you want to use it in standalone mode with your game console, you will need a class 10 microSDHC card.

The MSRP of the AVerMedia Live Gamer Portable 2 comes in at $209.99 with a one-year warranty. 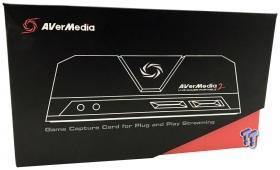 I enjoyed the packaging AVerMedia put together for this device. Simple on the outside and it shows a sketch of the device. 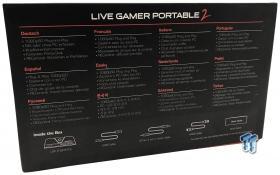 On the backside, we have many languages offering a bit of information about the capture device.

The finish of the LGP2 is a soft plastic feel almost like it has a clear rubber overmold. On the front, we have the switch to go from PC to standalone mode on the far right next to the volume and party chat inputs.

The HDMI input and output start off the backside of the enclosure. To the right, we have USB 2.0 and the microSD slot. 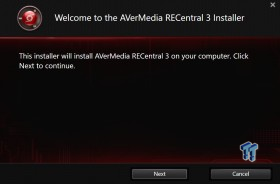 The RECentral software is a big part of what makes the LGP2 special. 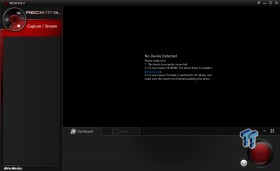 I would highly recommend you install the software first before plugging in the device, just to avoid any issues with drivers. Once you enter the app, you will get the message above until your LGP2 is installed. 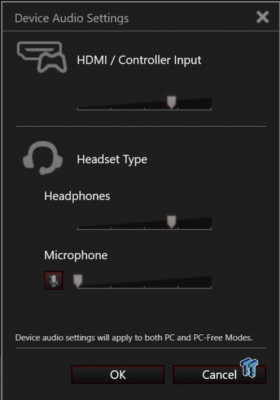 For those of you that have used an Xbox One, the audio interface will be quite familiar. The slider at the top will balance the audio between in game and party chat coming through the LGP2. The headset setting controls the volume of each device. 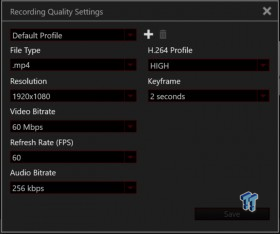 Quality settings can be manipulated via the menu above. I have everything set to its highest quality, but there are options to go lower if this is not needed. 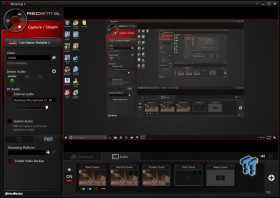 I tested the streaming capabilities of this device on several occasions with my PC and was quite happy. As you can see in the image above, AVerMedia has given you the ability to do "scene" and overlays directly from their software. This includes adding in a webcam in one corner while also having an image overlay if wanted. 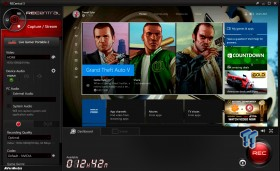 On the other hand, I also tested this device with Xbox One S and didn't care as much for the device, especially since it isn't capable of 4K pass-through. With that said, it does give you a clear image of your Xbox in the software, but another caveat I found was a minuscule delay between what's showing in software and what's on the actual TV screen. This can have huge consequences for those that play racing games.

The LGP2 enjoys immense durability even though I don't think it would ever take a significant abuse; they have built this capture device like a tank. The plastics are very rigid, the switches have a similar feel to a rubber dome keyboard with good alignment and all the I/O connections are tight.

The performance on the PC was perfectly acceptable. I streamed a few hours of Farming Simulator 17 and GoW4 without issue, and when it came to capturing, I found the standalone function to work well. As far as Xbox One is concerned, the LGP2 does work without too much of an issue, but where I did find issue was in setup.

You really need to have a PC nearby always unless you plan on using this in standalone mode, which at that point you might as well stream directly from the Twitch app on Xbox. Adding to this is the lack of 4K support, and with Xbox and PS4 now supporting this resolution, it's a pain in the proverbial backside to unplug this device to watch a movie and then plug it back in to stream content.

The Bottom Line: AVerMedia's Live Gamer Portable 2 capture and streaming product is a great device for YouTube Gaming or Twitch streamers on PC wanting an all-in-one hardware solution, but for game consoles, you are better off using built-in applications.