The Voyager Air 2 carries on Corsair's commitment to delivering solutions that enrich and simplify end-user's life. With this, Corsair has added the ability to use the drive wirelessly with your PC or Mac, along with the traditional smartphone and tablet. Physically, the device has shrunk by a considerable margin, while the internals have remained relatively similar. As of this time, the Voyager Air 2 is available in a single capacity at 1TB.

MSRP of the Voyager Air 2 in the 1TB capacity is listed at $179.99 with a three-year warranty. 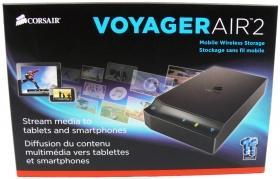 Packaging for the Voyager Air 2 advertises the media functionality of the unit. Capacity is listed in the bottom right corner. 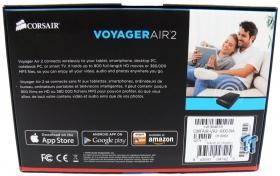 The back of the packaging alludes to the apps for iOS and Android. 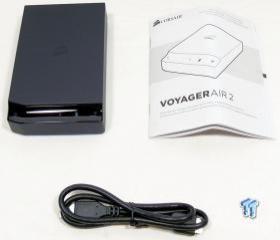 Scope of delivery for the Voyager Air 2 is rather simple. We have the device, a USB 3.0 cable and reading materials. 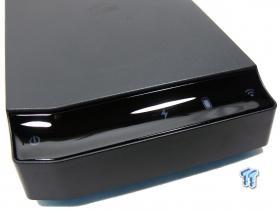 The front edge of the Voyager Air 2 houses the power and wireless buttons, along with a full set of LEDs.

The back of the drive houses the USB 3.0 connection for storing media on the device. 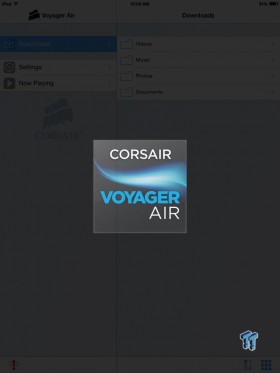 Here we have our first look at the redesigned Voyager Air app for iOS. 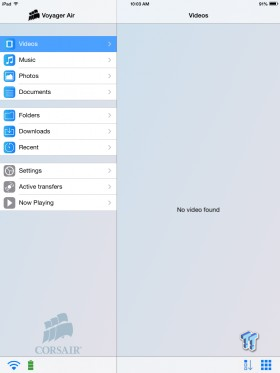 As you can see in the previous image, on the left of the landing of the app, we have the menu for parsing between media types. 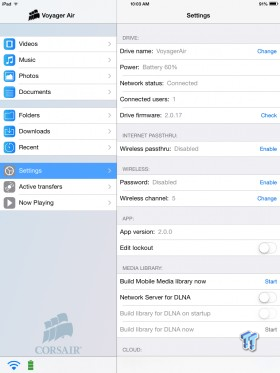 The settings menu allows you to change several parameters for the drive, these include the wireless pass through and drive name. 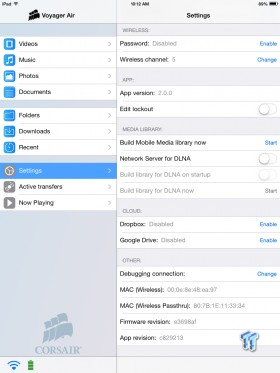 Further down the settings menu, we found options for Dropbox and Google drive, if you are one that uses one of those cloud storage services. 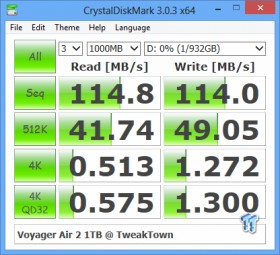 So, just how fast is the Voyager Air 2? Well, we ran the device through CDM in quick order and came up with 114 MB/s read and 114 MB/s write, which is quite good for a capacity driven device.

The Corsair Voyager Air 2, I would say is a successful deployment of a second generation mobile storage solution. It does appear that Corsair went back to the drawing board with a smaller footprint in mind, and came out with just that. As I alluded to in the introduction, the internals of this device match what I found in the original Voyager Air, so what we have gained in gen 2 is the smaller footprint and with that a much improved price tag.

Performance of the Voyager Air 2 was well within expectations being hard drive based. In our testing, we were able to muster 114 MB/s read and write out of the device which should be more than plenty for the typical end-user.

MSRP for the Corsair Voyager Air 2 in the 1TB capacity is listed at $179.99 with a three-year warranty. Current market pricing can be found below.

PRICING: You can find the Corsair Voyager Air 2 for sale below. The prices listed are valid at the time of writing but can change at any time. Click the link to see the very latest pricing for the best deal.

United States: The Corsair Voyager Air 2 retails for $149.99 at Amazon.