Before Limefuel reached out to me over e-mail about reviewing some of its new external batteries, I had not heard of them. The company sent me a box full of batteries to test out. Of course, I started off with the biggest and baddest one of them all: the Blast L240X, a 24,000mAh monster. 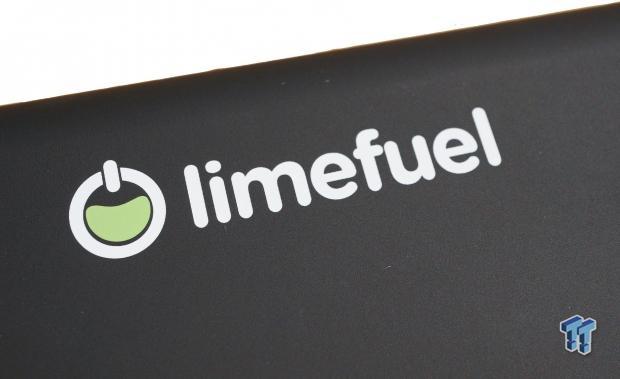 Limefuel is a Colorado-based company that is "dedicated to developing and bringing to market the latest mobile technologies. Combining sleek and stylish design with boundary pushing technology, Limefuel creates products that compliment your modern lifestyle." There, Limefuel says it better than I could.

Limefuel makes quite a few devices even though it is a newly-formed company. We have the Blast range of external batteries, the "Adventure Ready" Rugged range, the L28N5, which is a 2860mAh case for the Nexus 5 smartphone, and some 'Extras', which include some cables and a dual-port 4.8A wall charger. 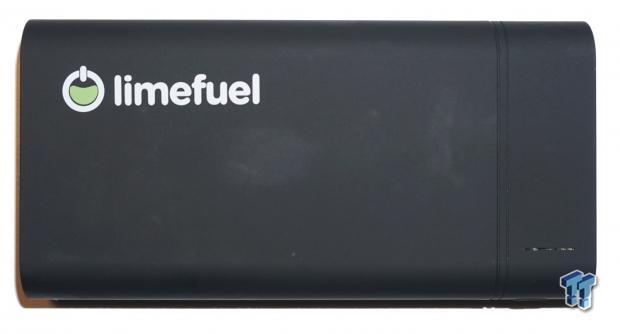 The Blast range of chargers comes in a wide variety of mobile charge, starting at 6,000mAh and going all the way up to the 24,000mAh monster we have in the labs today. Let's start by taking a look around the Blast L240X itself.

Let's a look around the Blast L240X, starting with its USB ports. We have the microUSB port for charging, an LED flashlight (quite handy!), and two USB out ports. The microUSB input port is 5V/2.0A, which gets the Limefuel Blast L240X charged up quicker than other mobile batteries. The two USB output ports are each rated at 5V/2.4A.

When it comes to price, the Limefuel Blast L240X is $149.99, a little on the expensive side, but I feel this is justified with the quality of the unit and its massive 24,000mAh battery. Limefuel has crafted a premium line of mobile batteries that attract a more premium price. 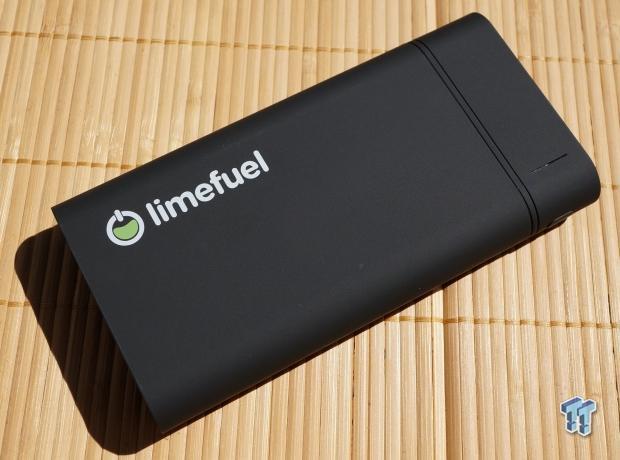 24,000mAh of mobile battery is enough for pretty much anyone, with the average smartphone battery weighing in at around 2,500mAh. This means that the Limefuel Blast L240X could power your smartphone for over a week no matter what smartphone you own.

I used it with my daily driver, the Nexus 5, where I did just that. I charged it up each night using the Limefuel Blast L240X. It lasted for not only a week, but I was able to squeeze just under two weeks out of it. Two weeks using a mobile battery!

Each time I would put my phone on to charge, it would be at varying levels of battery. Sometimes it would be drained right down to 5-10 percent, but most of the time it would be at around 15-30 percent. I'm about to leave for a trip to California, and I'll be taking my Limefuel Blast L240X with me, that's for sure.

24,000 of Portable Charging: Having weeks of charge on me is great. Having 24,000mAh of mobile battery with me at all times is reassuring. It means that I can go away for the weekend, or even the whole week, knowing that my smartphone never needs to worry about being plugged into a wall socket.

It's Not As Big As You'd Think: Another big benefit of Limefuel's Blast L240X is that it is not as big as most competing, similarly sized portable batteries. I can take around over a week of charge with me without taking too much room in my bag.

It Looks Great: Limefuel has crafted quite the stunner with its Blast range, not that looks matter that much, but they kind of do. I loved the aesthetics of the Blast L240X, so props to Limefuel there!

Limefuel truly impressed me with its Blast L240X charger, which has now become my new portable charger of choice. I'm about to head to the US in a few days, and I can tell you that the Limefuel Blast L240X will be on my list of things to bring with me.

If you are after a new battery, and wanted to try a new brand, don't be fooled by how long Limefuel has been on the market. Jump in head first as its selection of batteries is getting bigger. If this is what we have from the first review, I'm excited to see what the rest of the Blast range has to offer.

PRICING: You can find the Blast L240X for sale below. The prices listed are valid at the time of writing but can change at any time. Click the link to see the very latest pricing for the best deal. 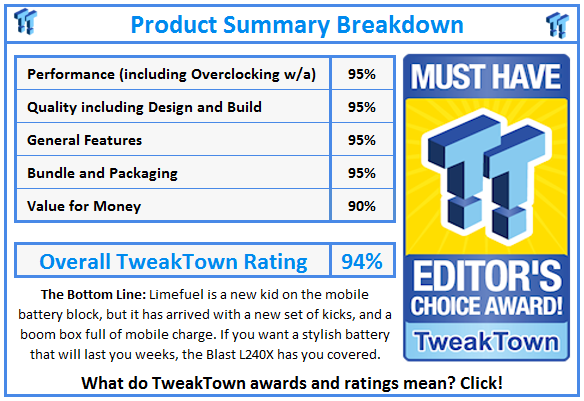