Back in 2010, SanDisk, Sony and Nikon announced a joint adventure that would create a new memory standard for HD camcorders and high-res DSLR cameras. This new standard would use the PCIe interface for data transfers, allowing for data rates up to 500 MB/s with storage capacities touching 2TB.

This storage medium as we now know it is called XQD, and to date only Sony and Nikon use it in their high-end products (Nikon D4 and Sony XDCAM). In July 2012, Lexar announced that they would support the new format, and today we bring you the Lexar Professional 64GB XQD memory card in review. Marketing specifications of the XQD card call for a minimum sustained read of 168MB/s. Included with the XQD card, Lexar offers a free copy of Image Rescue 4. The 64GB XQD comes with a lifetime warranty. 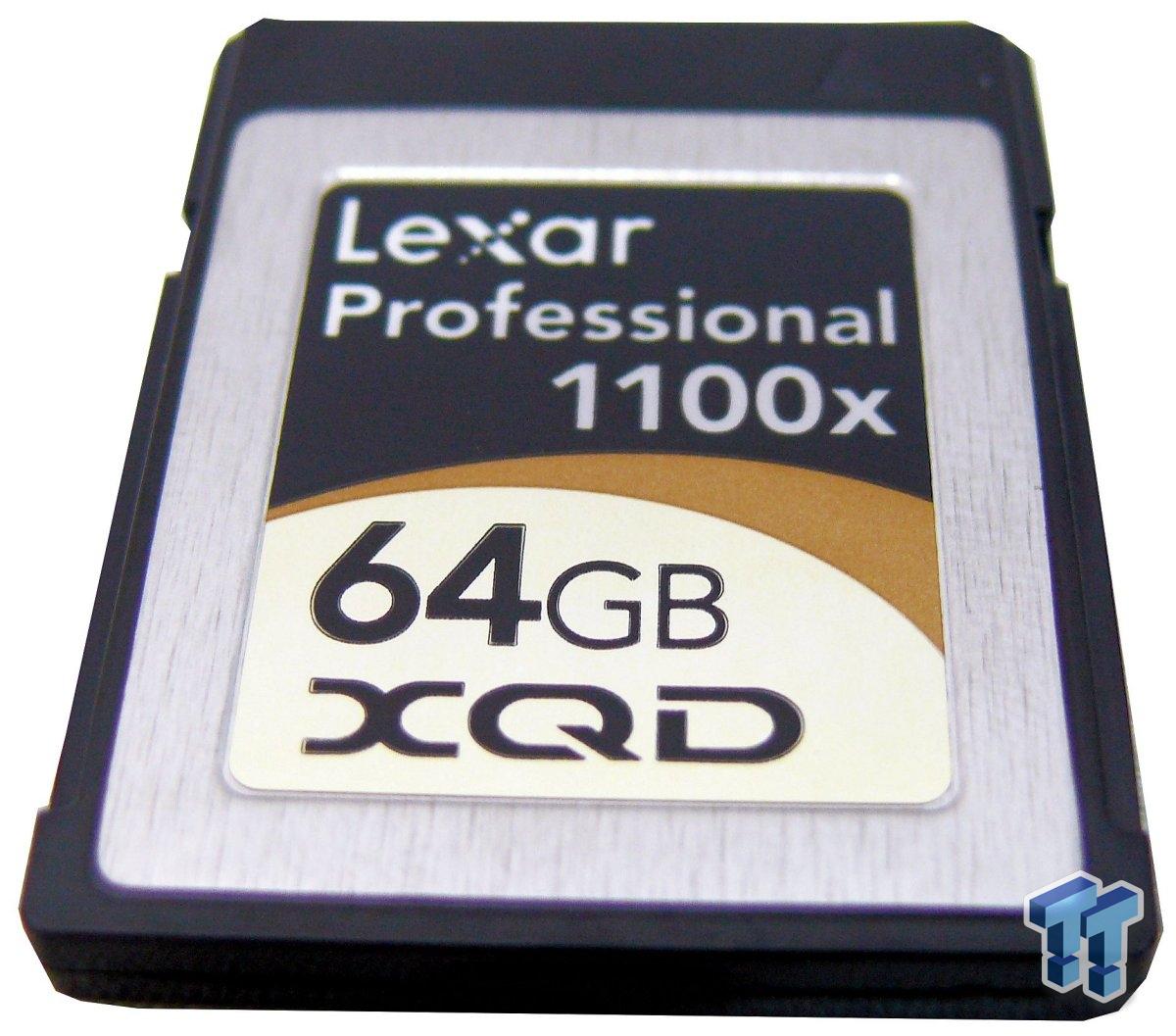 The Lexar Professional XQD shares most of its aesthetic design with previous Professional products from Lexar. 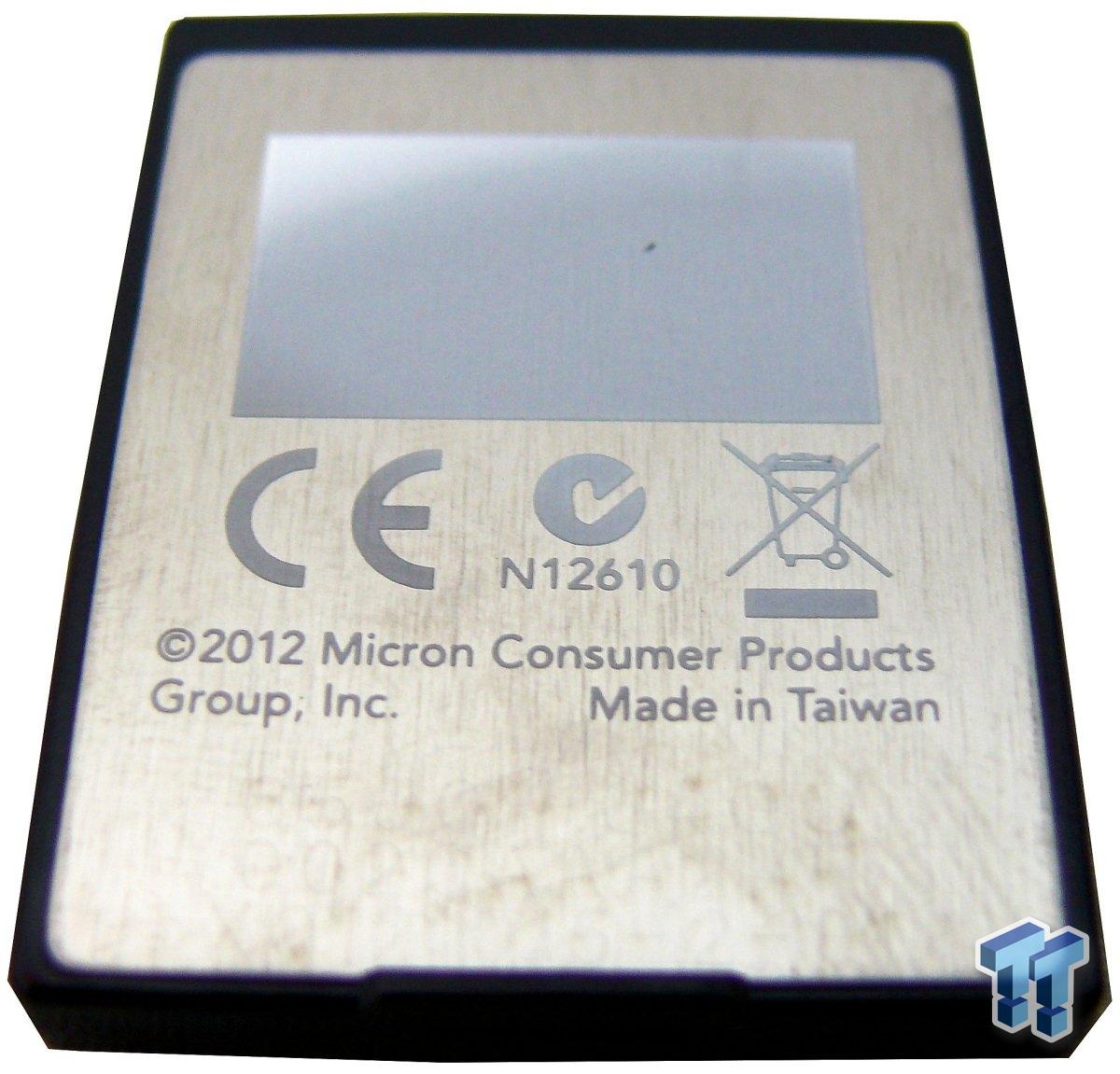 The backside of the card is covered with a brushed aluminium plate that houses the manufacturer information.

For size comparison, I lined up the Lexar XQD next to the SanDisk SD and Compact Flash cards. Here you will find XQD shares the height of Compact flash and the width of the traditional SD card. 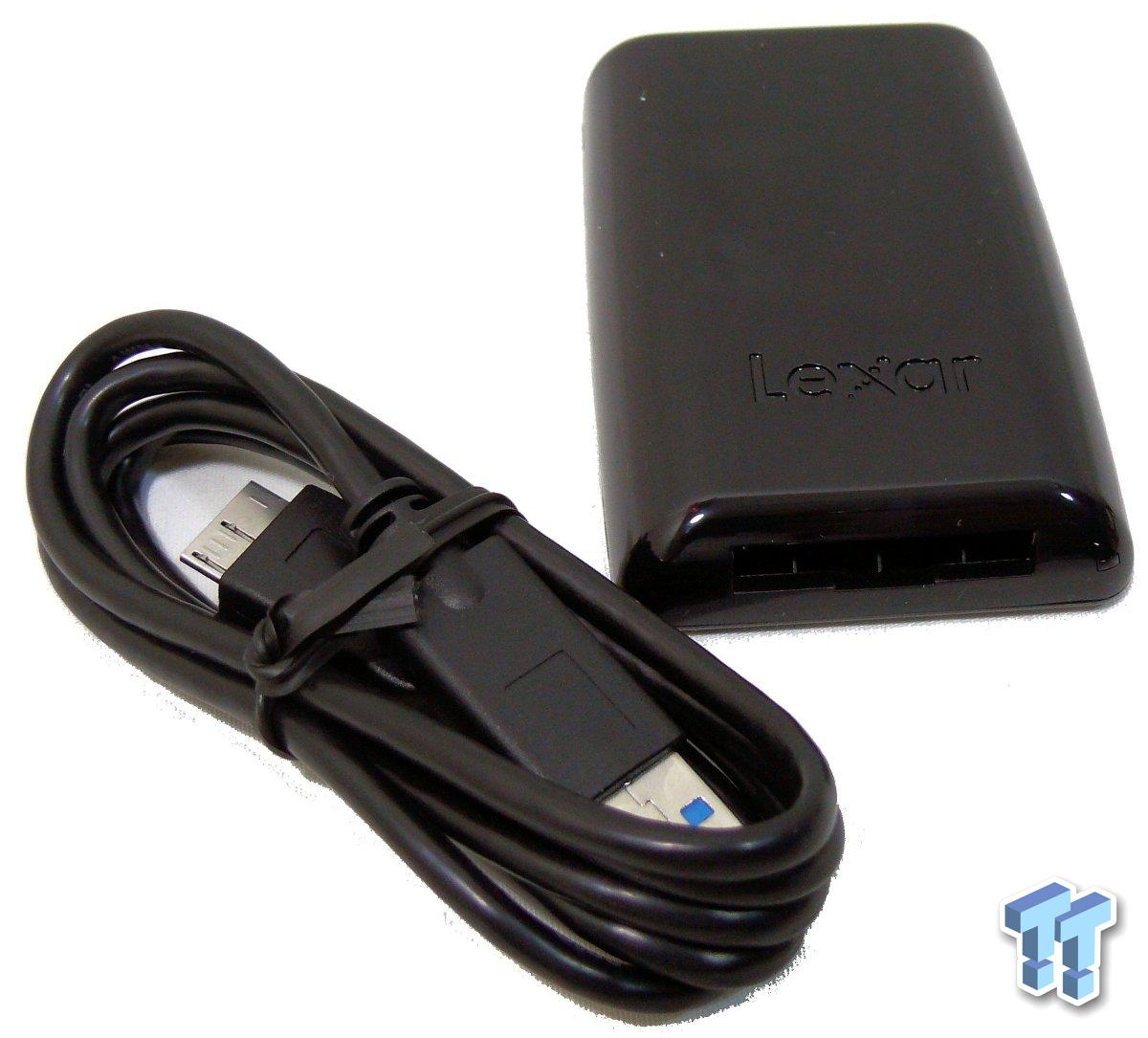 To aid in the review process, Lexar was kind enough to send along their latest XQD card reader. 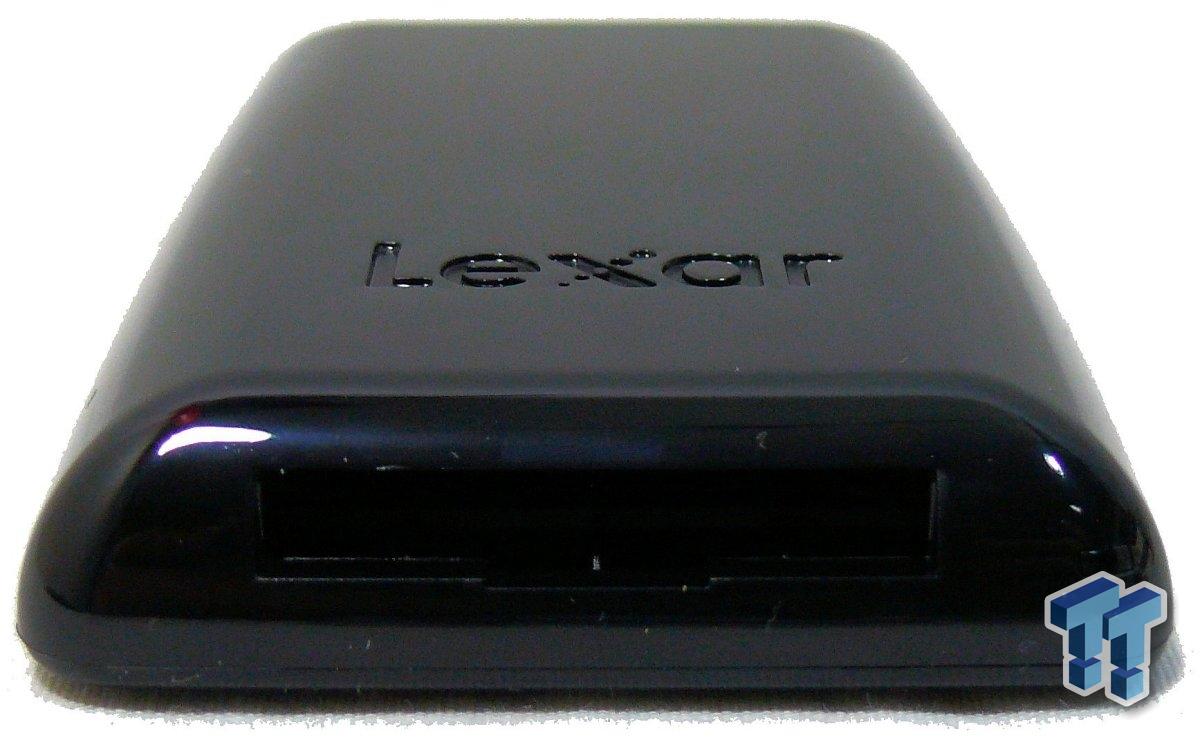 The front of the reader houses the XQD port. 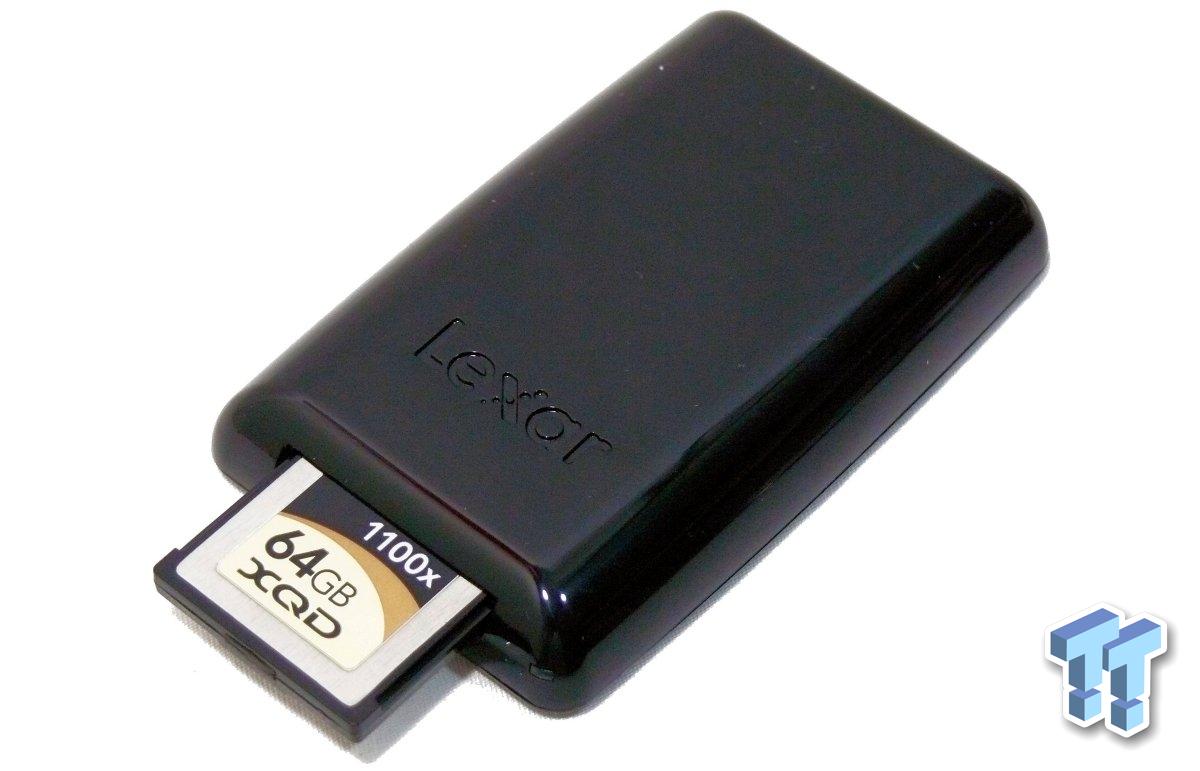 Here we have the XQD card inserted into the card reader from Lexar. One thing worthy of noting is XQD uses the push lock system that we are familiar with from SD cards.

To test the capabilities of the Lexar Professional XQD card, we first installed the companion card reader through the native USB 3.0 ports on our Intel Z77 testbed. For benchmarking we used ATTO and CrystalDiskMark. 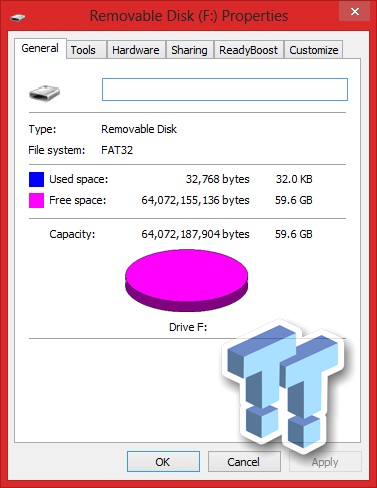 The Lexar Professional 64GB XQD is formatted in the FAT32 file system, and carries 59.6GB of useable capacity. 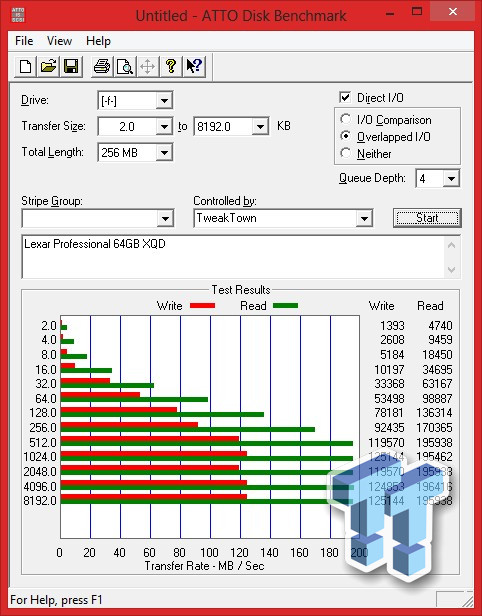 ATTO allowed for the Lexar to reach reads speeds upwards of 197 MB/s, with write speeds coming in at 125 MB/s. 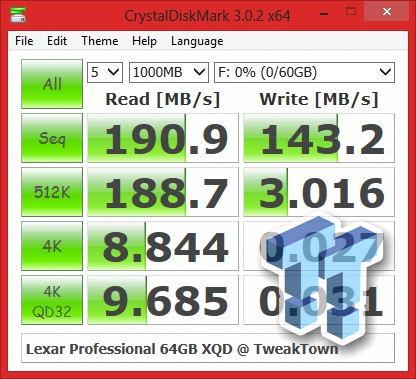 CDM on the other hand had write speeds slightly quicker at 143 MB/s, while read speed remained steady at 190 MB/s.

There is no doubt that XQD is the next generation of flash memory solutions for DSLR cameras and HD camcorders, but the market adoption truly depends on devices that will utilize this new form factor. With Lexar coming out with the Professional line-up of XQD cards there is no better way, in my mind, to showcase the technology.

Build quality, as always, is top notch and backing this up Lexar adds in performance of 200MB/s, something have yet to see from any other memory format. As the saying goes, "build it and they will come," and Lexar has certainly done that with the Professional XQD card, adding value to this you can pick up the XQD reader for an additional $44.99 at many retailers.

At the time of writing, I was able to find the Lexar Professional 64GB XQD card at a few online retailers for a price of $399.99. As with any new technology it comes at a price, and we can certainly see the premium here. 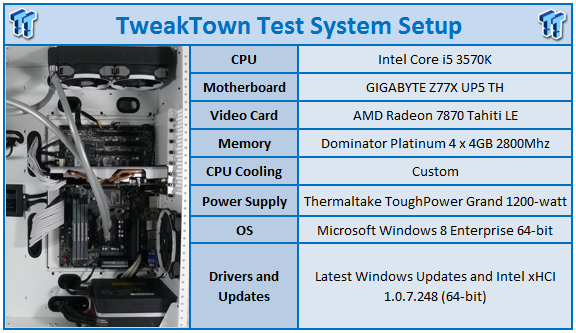