Call me cynical, but the Pixar of old prided itself on its breadth of original franchises, churning out hit after hit of refreshingly original adventures, titles such as A Bugs Life, Ratatouille and Wall-E which zeroed in to audiences with stunning accuracy, and suddenly made traditional animation seem very old and stuffy indeed. Unfortunately, something has changed within the company because over the last few years they've gravitated towards rehashing old ground by returning to the well and thrashing out sequels to established films. Of course, there's nothing inherently wrong with that and hey it makes good business sense, but most critics would agree that Pixar performs best when it's striking new ground. 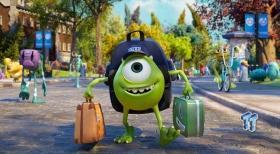 When the pre-pubescent green monster Mike (Billy Crystal) meets the lumbering blue tuft of Sully (John Goodman) as dorm-room co-habitants on the Monsters University campus, a friendly relationship turns ultra-competitive following their selection to rival frat houses. But when Mike struggles to satisfy the demands of Dean Hardscrabble (Helen Mirren), a deal is brokered that may find him permanently evicted from the university unless his house can bag the top honors at the annual Scare Games, a task ill assisted by the houses ragtag assortment of losers. 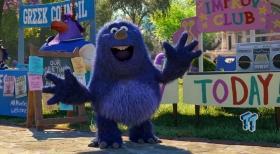 Of the entire stable of Pixar films, Monsters Inc demanded a sequel the least, with its predecessor existing as a perfect formed entity unto itself featuring a wholly emotionally satisfying and touching finale. As such, I've no doubt that Pixar stepped carefully whilst developing this film, jettisoning any attempt to bolt on another story following the conclusion of its predecessor.

In many ways, Monsters University mirrors my thoughts on Pixar's Cars sequel from 2011. Sure, it furthers the wholly original world and it's admittedly fun to return to it, but as many sequels go, its attempt to justify its own existence fails. For Pixar, whose films are somewhat revered by the worlds critics, going back to the well runs the risk of cheapening the experience of the first - and that's the battle that Pixar fights by pumping out sequel after sequel. 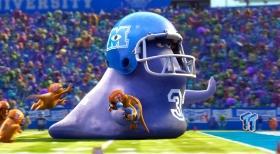 I'm not trying to portray that Monsters University doesn't have anything valid to say, because it's definitely entertaining and moreover, a whole heap of fun. But I'd also like to see a bit more originality return to Pixar, and with their recently announced sequel to 2003's Finding Nemo - the imaginatively titled Finding Dory, it seems that the message is getting lost. 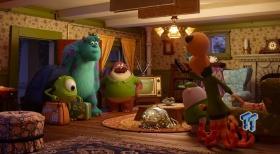 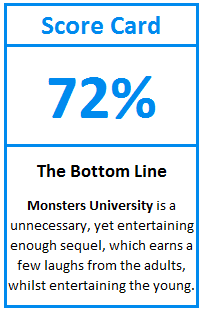