Despite no longer commanding attentions as he did in the rough and tumble decade of the 1980's, David Cronenberg retains the mantel as one of Hollywood's most interesting directors, helming horror classics with an intelligent twist such as The Brood, The Fly and The Dead Zone. In between these films however, Cronenberg filmed a low budget offering called (somewhat mysteriously) Scanners. 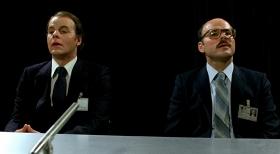 The titular Scanners are humans who, due to a genetic abnormality, possess telepathic abilities and the power to physically harm through exploding the blood vessels of their targets, the climax of which is death. Most scanners, such as Cameron Vale (Stephen Lack) are either oblivious to, or choose to hide their abilities, while others such as Daryl Revok (Michael Ironside) are attempting to utilize their superiority for personal gain and domination over the 'normals'. Ultimately, Vale will be drafted to take the Revok scanners on, before their worldwide plans can be rolled out.

With the film spawned two sequels of diminishing returns (neither of which involved David Cronenberg), Hollywood has dabbled with plans to reboot the series, with no success thus far. But the original, now over thirty years old, has aged relatively well and retains the ability to surprise and enthrall. 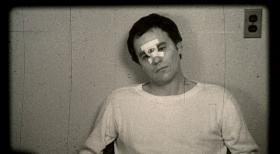 Scanners is presented in the film's original aspect ratio of 1.78:1, encoded with AVC MPEG-4 compression.

Whilst it's clear that this transfer does originate from aged elements, it rarely disappoints and in many ways exceeded expectations. The image, with solid telecine stability is strikingly improved from previous DVD transfers, with strong color and a level of sharpness that reveals newfound details. The utilized print is in good shape, with very few film artifacts nor other imperfections to be found.

Grain is at times thick and clumpy, with no obvious attempts to digitally reduce. Some may applaud or deride this decision, but I'm in the former camp.

Overall, the niche cult nature of the film means that Scanners was never going to justify a costly new A+ grade transfer, but fans will be hard pressed to be disappointed at the image here.

Unfortunately, I'm not as enthralled with the audio transfer provided, which comes with all the ferocity and fidelity of a pro-logic mix.

First the good - I didn't notice any audio sync issues and despite some fuzziness around some dialogue (telltale signs of dialing the audio a little too high), dialogue is acceptable. Despite some restrained frequencies, sound effects and foley are as good as expected for a film of such vintage.

Sadly, it's clear the film hasn't received much loved in overhauling the sound design from its stereo origins. There's precious little in the way of directional effects and although there is some representation, especially from leakage from the films score, this really isn't an impressive surround mix.

Ultimately, the Blu-ray debut of Scanners features a middle of the road mix, which probably accurately reflects the original sound mix and little more. 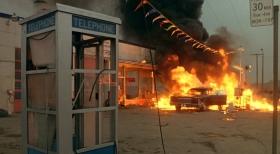 The previous Australian DVD release of Scanners from Universal Pictures was utterly devoid of any features, so I'm pleased that Shock, the independent Australian distributor has managed to rustle up a few worthwhile extras here. Solely on this point, fans will be wise to pick up this release. Let's take a look.

First up is the one hour long The Directors: The Films of David Cronenberg documentary, which although not solely focused on Scanners, takes a wider view of the prolific filmmaker. The 1999 documentary; a production of the American Film's Institute, interviews a significant amount of writers and actors who have both starred in and been inspired by the director.

Next is the nine minute Inside Scan: Scanners featurette, hosted by U.K. film critic and horror writer Alan Jones, is as the name suggests, wholly concerned with the film. Obviously for such a short duration, precious little can be investigated in any length, but the featurette does reveal a few interesting trivia tidbits on the film's production.

Finally, we have the Original Theatrical Trailer in standard definition. Marketing sure has come a long way since then. 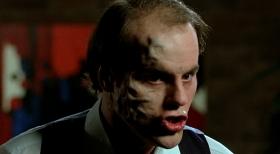