I'm always hesitant when friends recommend, nay demand, I watch their favorite television shows. See, with a movie it's over in two hours and if it's terrible, it doesn't matter. But with a TV show, you generally need to invest at least a few more hours to gauge whether it's any good. So it's pretty daunting to take a look at a series that's already firmly established over five seasons. Alas, with Breaking Bad, my concerns were entirely misplaced. 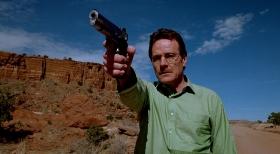 Walter White (Bryan Cranston) is a high school chemistry teacher, living a wholly ordinary life with his wife Skyler (Anna Gunn) and son Walter Jr. (R.J Mitte) in Albuquerque, New Mexico. However, as life does, Walter is thrown a double curve ball. Barely making ends meet as it is, Skyler becomes pregnant and Walter is diagnosed with aggressive lung cancer, and given precious few months to live. With the realization that the family won't be financially stable when he's gone, Walter embarks on a lucrative, albeit illegal programme of methamphetamine manufacturing. But rather than securing a brighter future, cancer proves to be just the beginning of his problems.

Masterminded by Vince Gilligan, television veteran of X-Files and The Lone Gunmen, Breaking Bad is white knuckle, infinitely compelling television featuring razor sharp writing, believable plotting and a superb cast. Simply put, Breaking Bad is one of the best shows ever made and one that I'll mourn the loss (but treasure the memory of), when it wraps up its fifth and final season later this year. 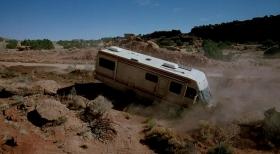 Breaking Bad is presented in the original aspect ratio of 1.78:1, encoded with AVC MPEG-4 compression.

Parting with modern industry practice, Breaking Bad is filmed on celluloid, and as such, gives it a more unique look in the stable of modern television productions, with a fine to obvious layer of film grain. The series is shot almost documentary-like, with an abundance of natural light and lens flare, which aids the 'fly on the wall' feel.

Sadly, a by-product of improper handling of celluloid is film artifacts, and the series has more than what I would deem acceptable for such a young series. There is also varying levels of film grain from shot to shot, which may irk some.

Overall, whilst this isn't a perfect production, it does pass the grade for now. Interestingly, Sony Pictures have recently announced their intention to upgrade the existing 2K intermediate to a 4K intermediate, by striking a new master from the original camera negative. With studios looking for future proof their productions, this is a wise move from Sony, which will ensure the series has a long life indeed.

Breaking Bad is presented in DTS-HD Master Audio 5.1, at 24 bits.

For a television show, Breaking Bad features a surprisingly active and engaging surround sound mix. Whilst the drama is high on dialogue, the show makes extensive use of outdoor environments, and the track has a high degree of ambience to support them.

Whilst some might criticize the lack of directional effects, (for instance there's not a whole lot of moves from the front to the rear soundstage), this is in reality a small criticism to the original sound design and not a reflection on the audio transfer per se.

I didn't detect any issues with audio sync, nor intelligibility issues - although there is the infrequent Spanish dialogue, which is subtitled appropriately. The low frequency channel is used sparingly, although it definitely comes to life when necessary; supporting gunshots, explosions and more action-oriented moments. 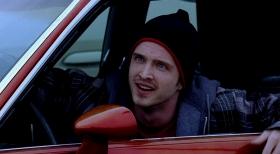 Sony have included some worthwhile extras here and although the bulk are more promotional in nature, they're nonetheless welcome. Let's take a look.

Two episodes, including the pilot, feature an ensemble Audio Commentary with series creator Vince Gilligan, actors Bryan Cranston, Anna Gunn, Aaron Paul, Betsy Brandt, RJ Mitte, Dean Norris along with editor Lynne Willingham. With a large group and Cranston and Gilligan taking the reins, it doesn't leave a whole lot of room for everyone. That said, the crew are quite jovial and clearly have a good working relationship, especially poking fun at some of the more risque moments.

The Making of Breaking Bad and Inside Breaking Bad featurettes offer a brief peek into the series' production, although the latter series of featurettes are far too reliant on clips from the series (presented in standard definition 4x3, no less). The AMC Shootout featurette consists of a sit down between the brains of the show, Bryan Cranston and Vince Gilligan discussing the genesis of the series.

Such features are rarely seen, but the inclusion of Screen Tests for actors Aaron Paul, Anna Gunn, Betsy Brandt and Dean Norris are a nice touch. It's clear that the actors had a good grasp of the script at such an early stage, and play the characters similarly to how they chose to in the final show.

Finally, a bunch of Deleted Scenes are included on multiple episodes over both discs. Nothing significant is brought back to life. 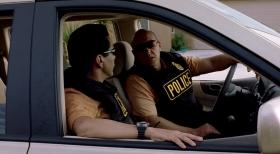