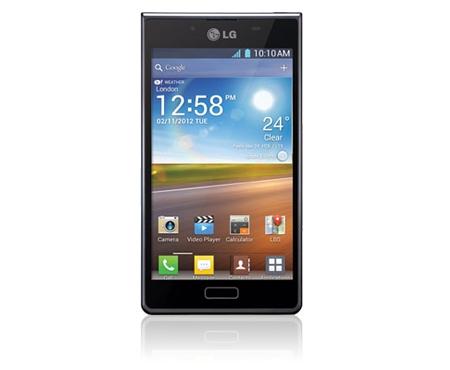 LG's L-series are exclusive to not only Australia, but to telcos Optus and Boost Mobile. This unfortunately cuts their exposure to consumers to a much smaller market as Telstra and Vodafone are left out of the game.

The L-series aren't here to compete with the high-end market, and the issue we have here is that the Google Nexus 4 is here (also made by LG) and is priced at $399 in Australia, with the Optimus L7 being priced anywhere between $149 and $209, depending on where you buy it from.

The specs on the Optimus L7 have been bumped up from its little brother, so that is something to look forward to when we start our testing on the device. There are actually some serious improvements in the hardware, and best of all, the screen resolution which was really poor on the Optimus L5. 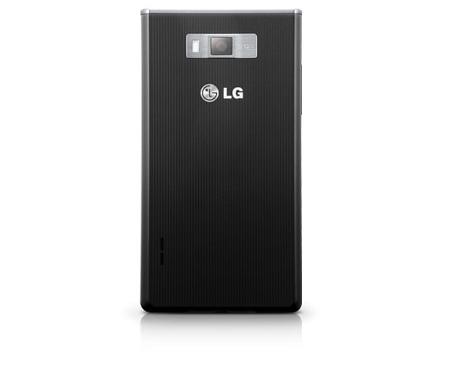 LG have given the Optimus L7 a 4.3-inch WVGA screen with an 800x480 resolution - compared to the Optimus L5's 4-inch 480x320 resolution - this is a huge, huge difference, and very welcomed. Internal memory stands at 3GB with expandable memory available up to 32GB through microSD cards.

Inside the device we find a Qualcomm Snapdragon MSM7227A chip, which is a 1GHz dual-core Cortex-A5 processor with Adreno 220 graphics.

The look and feel of the Optimus L7, overall, is nice. It's not going to feel as great as the melts-in-your-hands Nexus 4, but it doesn't feel like you're holding a bag of rocks either. It does its job for the price you pay for it.

Unfortunately, we didn't get a brand new unit to snap pictures of, so forgive us for the poorer looking images of the Optimus L7.

First up, the front of the device looks very Samsung Galaxy S II-like, which I enjoy. It has a single physical button and to the left and right we find home and back buttons. 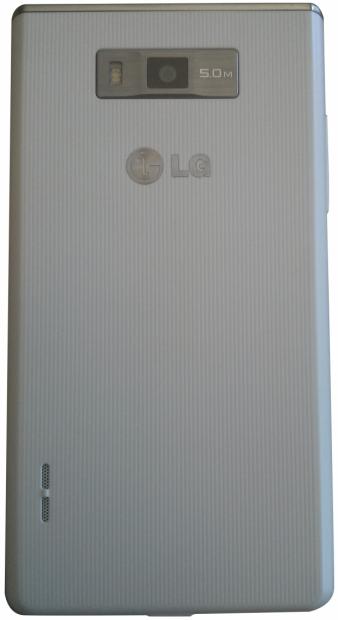 On the rear of the Optimus L7, we have the speaker in the bottom left, the 5-megapixel camera up the top and the LG logo just under the camera. The camera is slightly raised out of the back shell of the phone - but it looks cool doing so.

On the left side of the phone we find the volume rocker.

On the top of the Optimus L7 we have the 3.5mm audio jack and power button.

On the bottom of the phone we have the usual micro USB connector for charging/syncing.

These mid-range phones are never going to win feature awards, but we do have the inclusion of Android 4.0 Ice Cream Sandwich. At this price, LG could've chosen to throw in an older version of Android, but they've at least come to the party with ICS.

As with the Optimus L5, LG have dashes of their Optimus UX interface over the top of the Ice Cream Sandwich look, but other than that there's not much else at play here. We have a few additional apps, but the one thing that stands out to me is the amount of Optus apps that are included.

I know this is locked to a specific carrier, but I just hate that. These smartphone reviews can all be subjective, one review to another will be completely different - but a huge downside for me is the amount of apps that they decide you need to have on your phone. I don't want these apps, and worst of all, they even include a shortcut to Facebook on the phone.

I tapped this Facebook app, and it's just a browser with m.facebook.com - not the actual app itself. Why? Why would they do this? I have no idea, but it cheapens the phone for me even more.

We have the usual GPS and Wi-Fi tech, but below we have a full breakdown of what's included in the Optimus L7. 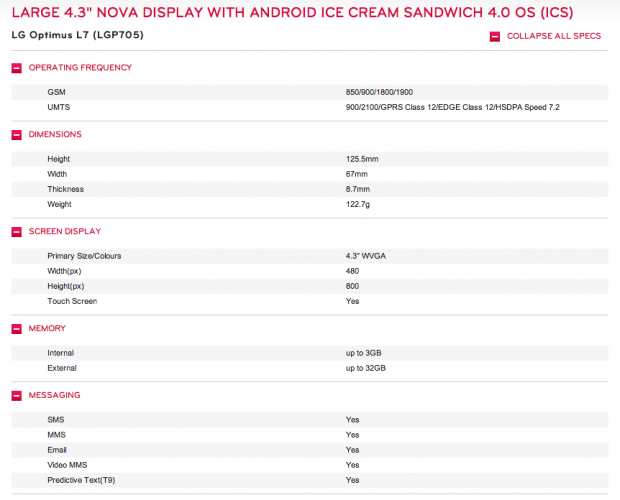 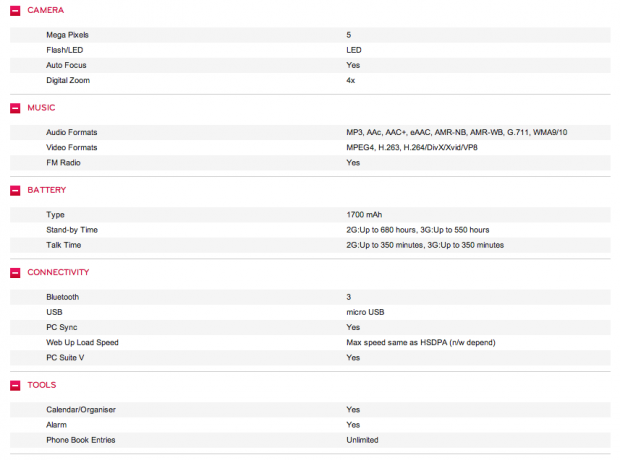 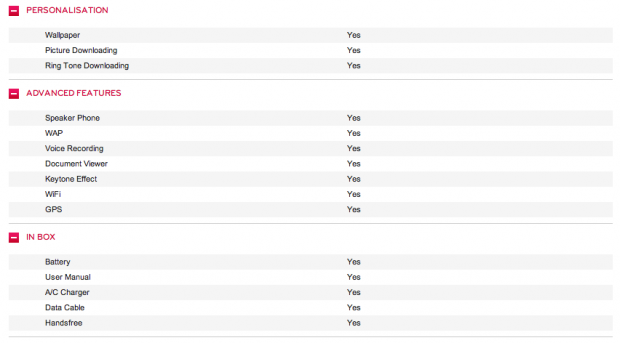 As we stated in the Optimus L5 review, these phones are low- to mid-range handsets, so don't expect to be blown away in the features department. This is how they keep the cost of the phone down, but now that the Nexus 4 is here, I have a hard time justifying these specs when the Nexus 4 is leaps and bounds faster, with more features, and much better tech for just under double the price.

There should be two ways to look at the performance of this phone, from the perspective of using the Optimus L5 (the little brother to the L7) and then to a higher-end smartphone, such as the also LG-made Nexus 4.

Coming from the Optimus L5 - the bump in CPU speed from 800MHz to 1GHz is noticeable, it feels smoother on the home screen and tapping in and out of apps. It's not a huge leap, but it is definitely felt throughout the phone.

Phone calls were better on the Optimus L7, I didn't have the same "lag" that I experienced on the lower-end L5, which was a relief. I did notice some lag jumping in and out of phone calls, to SMS, to Facebook, to e-mail, and more - but hey, that is because I'm used to my Nexus 4 now.

Let's take a look at the camera - the Optimus L7 comes with the same 5-megapixel rear-shooter its younger sibling did, but has a very, very slight resolution bump from 2560x1920 to 2592x1944. This won't be noticeable, but it's worth mentioning. Here are some examples of the quality of the camera: 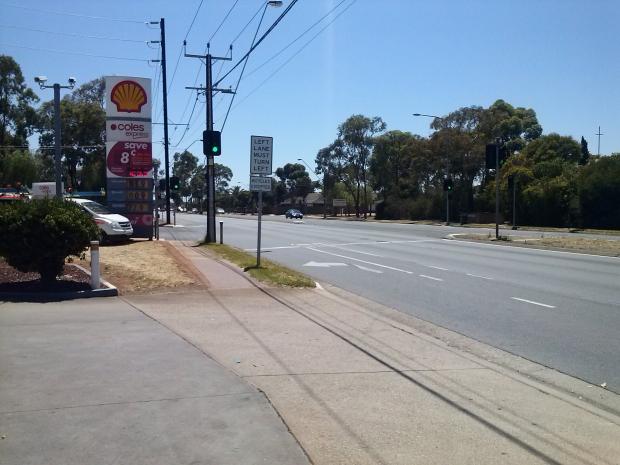 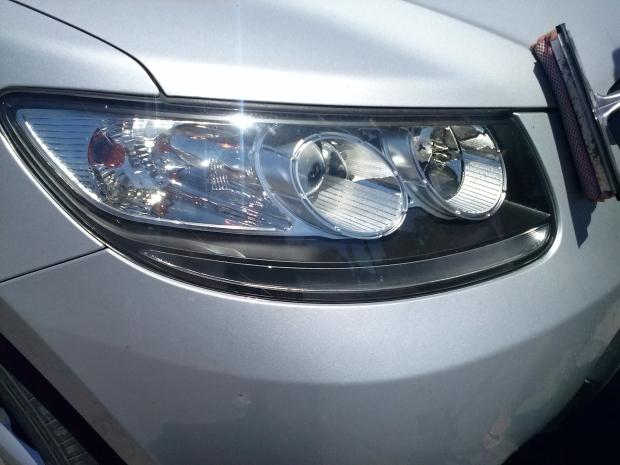 The photos don't come out too bad, and I was actually surprised with the rear-facing 5-megapixel camera and its video capabilities. The front-facing camera is only VGA-capable, but who takes shots using that camera? It's mainly used for video calls and the occasional "selfie".

I find the Final Thoughts on lower-end devices much harder to write, as you have to be so critical on the device. The Optimus L7 can be found for under $200, and for that price it's a great phone - if you're not looking at any others.

Right now, the Nexus 4 is $349 in Australia for the 8GB version - so for under double the price you can go from a single-core 1GHz smartphone to a quad-core 1.5GHz behemoth. The screen res almost doubles, the camera bumps up to 8-megapixel, and just about everything else is better to the power of infinity.

I have a hard time recommending this phone because of that - but there are people who will still not want to spend that extra money and that's fine. If that's sounding like you - the Optimus L7 is not a bad phone by any means, it's just that the tides have shifted and there are new powers around charging much less for the best smartphone out right now, in my opinion of course.

The Optimus L7 isn't a bad phone it has just been faced with some strong and cheap competition. 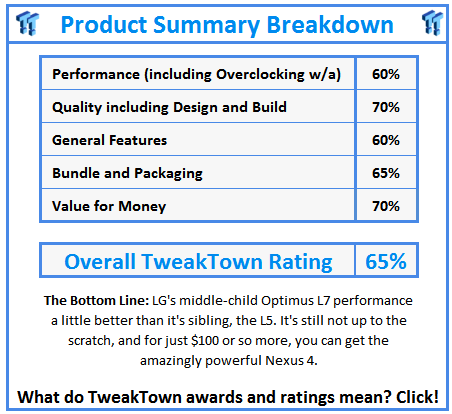