Priced at $199.99, the ASRock Z68 Extreme4 is a very well-priced product for something that let us achieve over 5GHz from our 2600k. Compared to the competition, it's an aggressive price point, but there's no doubt that some people don't even need all the features that are on offer on the Z68 Extreme4.

For a whole $70 less you can pick up the ASRock Z68 Pro3 we're looking at today. At $129.99 it's one of the most aggressively priced Z68 boards on the market. Are you still getting a Z68 board that you will want, though?

Well, that's the question we're going to answer today. The Pro3 was one of the boards we looked at in our ASRock Z68 Pro3 and Extreme4 Preview, so for that reason we won't be looking at the bundle or board itself again. Instead we'll just get straight into the BIOS of the board before we look at our test system setup, overclocking potential and of course performance when compared to a couple of other boards including the Pro3s big brother, the Extreme4.

Not only is the ASRock Z68 Pro3 similar to other UEFI wielding ASRock boards, but it's near identical to that of the Extreme4 with only a few changes separating them. 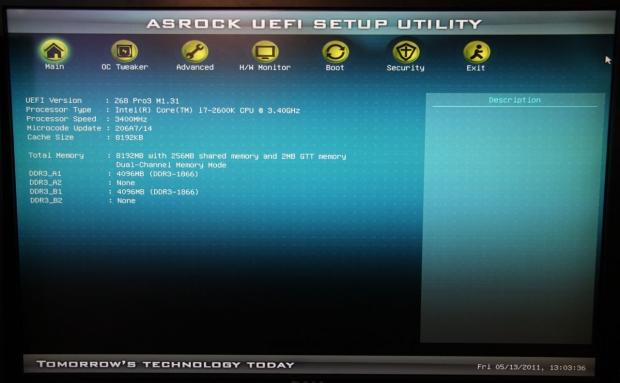 Of course, the first screen is going to be a little different as we have mention of the board being the Pro3. Apart from that the rest of the information is fairly standard. 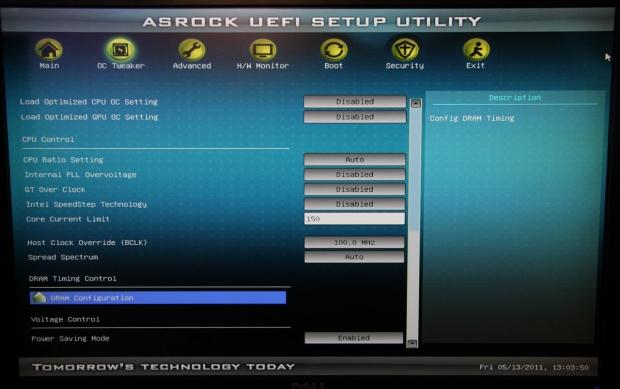 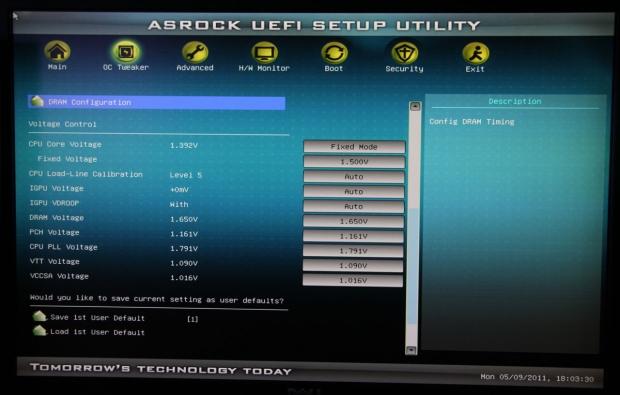 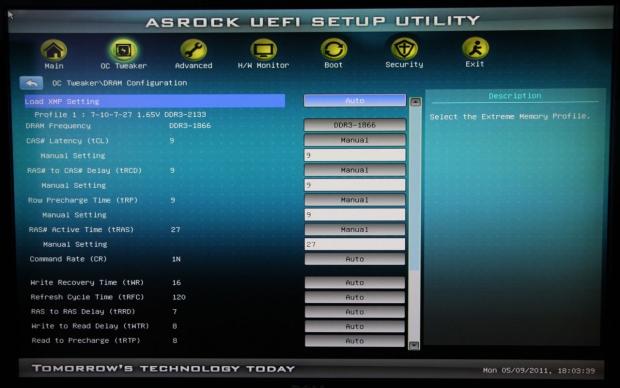 When we go to the OC Tweaker section the only part of the BIOS that differs is the lack of "Advanced Turbo 50" option. As for the rest, we've got our CPU settings, Voltage settings and the ability to save the BIOS. Going into DRAM Configuration also doesn't hold any surprises. 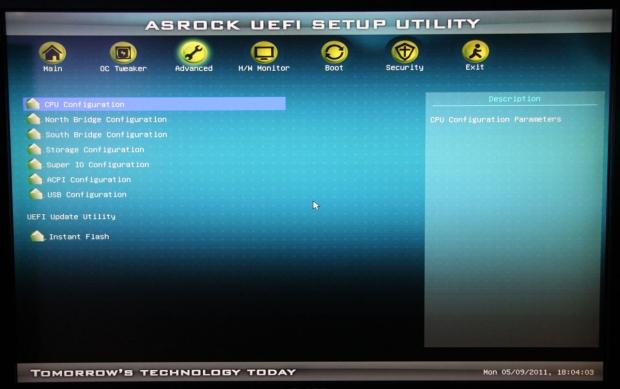 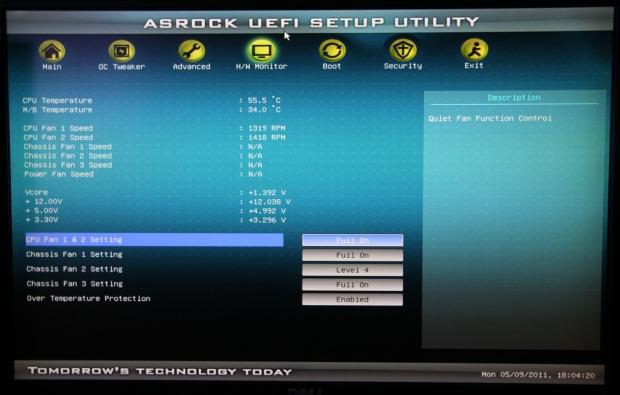 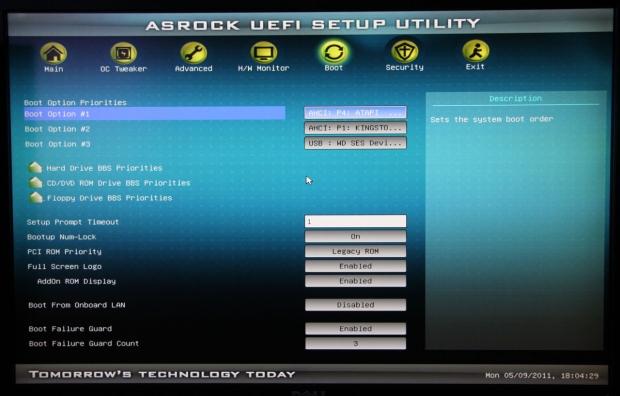 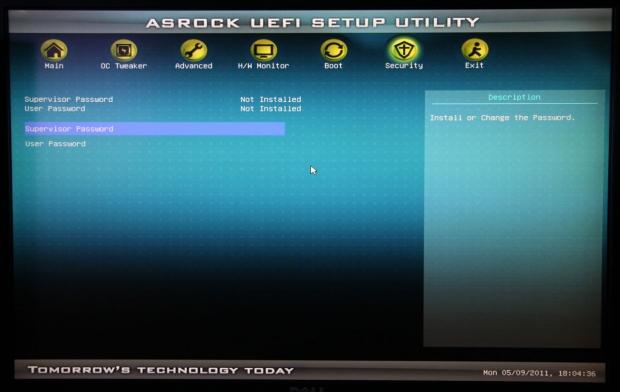 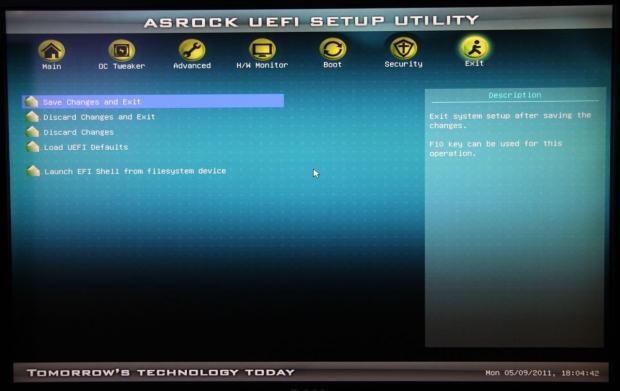 As we move through the rest of the BIOS, it's all fairly self-explanatory with nothing too out of the ordinary being seen. 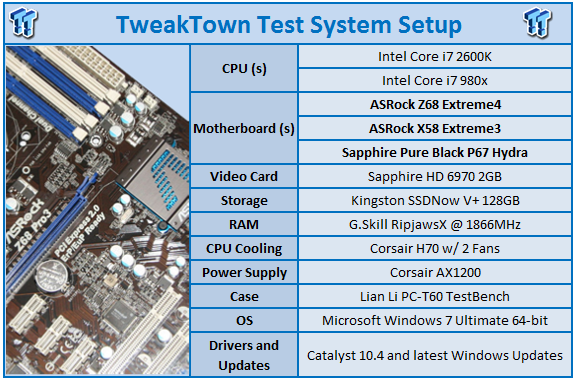 Looking at the test system setup, you're not going to see anything you haven't seen that wasn't already included in our recent motherboard reviews. Considering we already really know how the Z68 performs when compared to both the P67 and X58 platform, the main thing we want to find out today is, does saving $70 mean we lose performance?

Before we get into the performance side of things, though, let's check out the overclocking side.

Overclocking performance was strong achieving 4.92GHz on our 2600k. This is about 130MHz lower than what we achieved on the Z68 Extreme4. 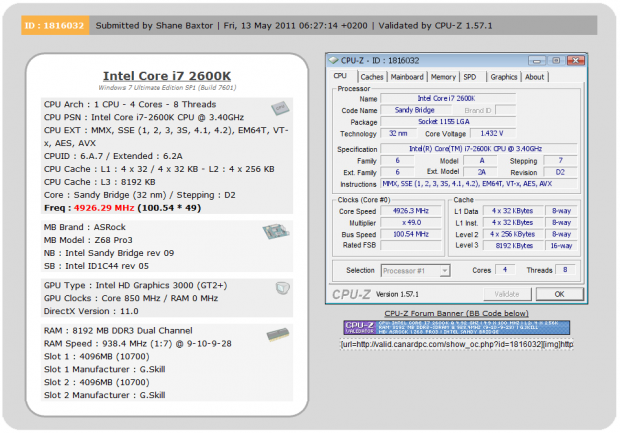 At a 50x multiplier and 100 / 101 BCLK we had some issues under Windows when we would get our benchmarks up and running. By moving back just a single multiplier, though, to 49x, we managed to achieve just over 4.9GHz and the board ran 100% stable.

Considering that 5GHz isn't achievable on all 2600k CPUs as it is, this is an alright overclock. People who opt for a cheaper board will also more than likely not be overclocking nearly as heavily.

Moving from the default 3.4GHz to 4GHz - 4.2GHz isn't going to be a problem and most people will be extremely happy with that as an everyday overclock. 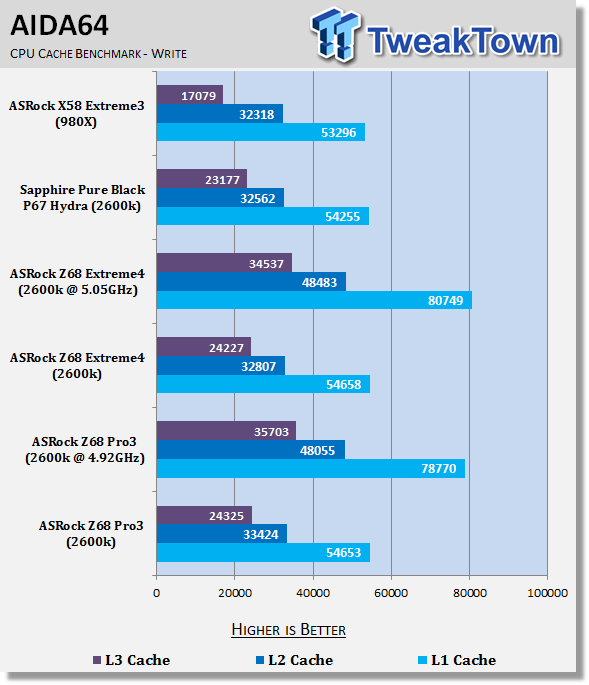 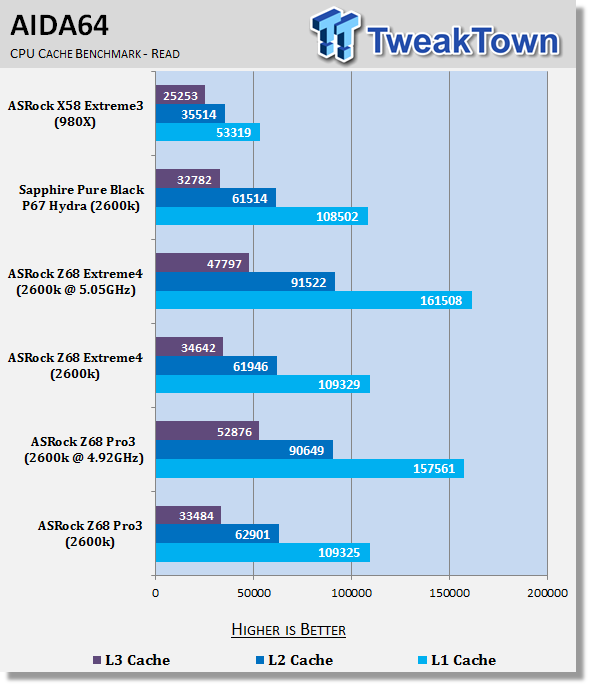 At stock both ASRock Z68 boards perform near identical to each other with very little separating them. The only time we see a bit of change is when we look at the overclocked results and that's of course because the Extreme4 is offering us a slightly higher overclock. 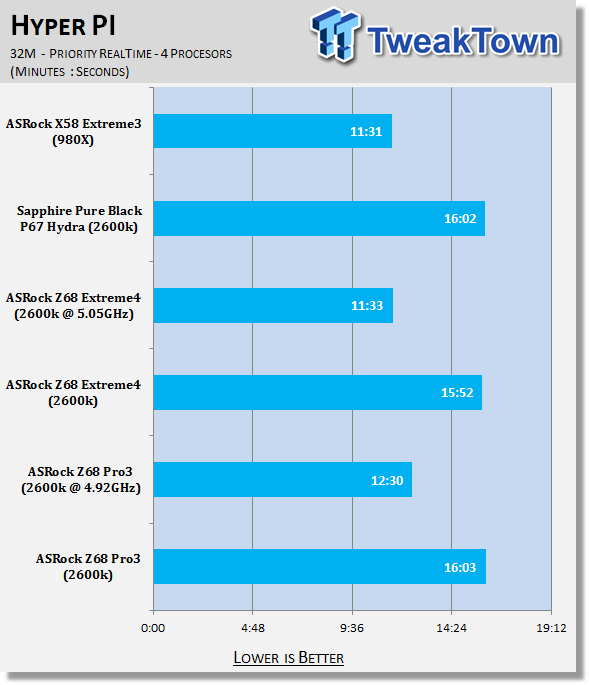 HyperPi also shows both Z68 boards performing extremely close together with again the only difference really being seen when we look at the overclock results. 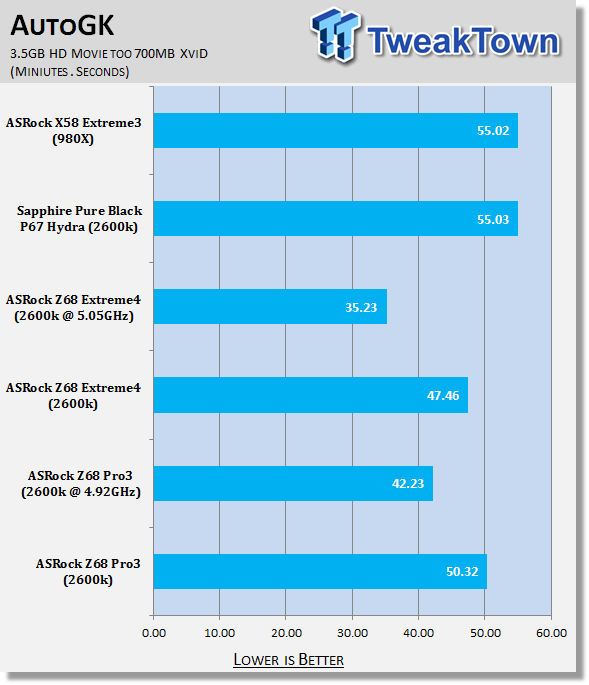 When it came to encoding, the Pro3 was just a little slower, but nothing too major. The important thing to note is that "CPU Dependent" encoding is becoming less and less important, especially since the board carries Lucid Virtu support meaning we can use MediaEspresso to convert footage and make use of the Intel HD Graphics. 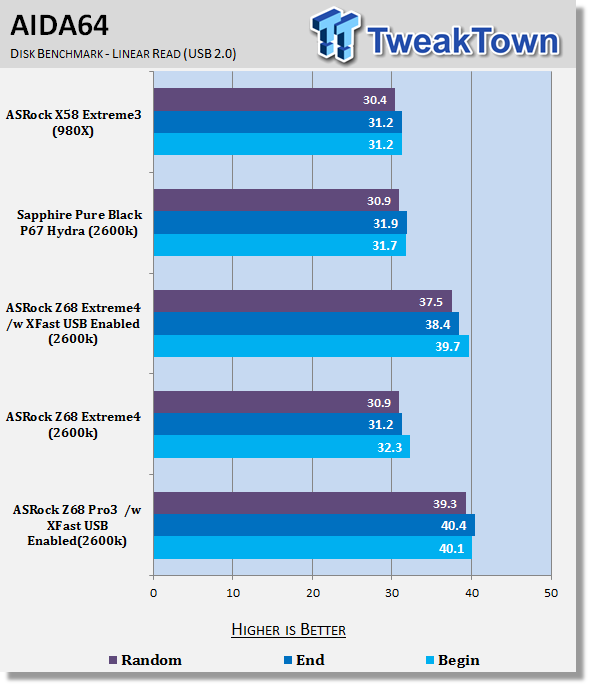 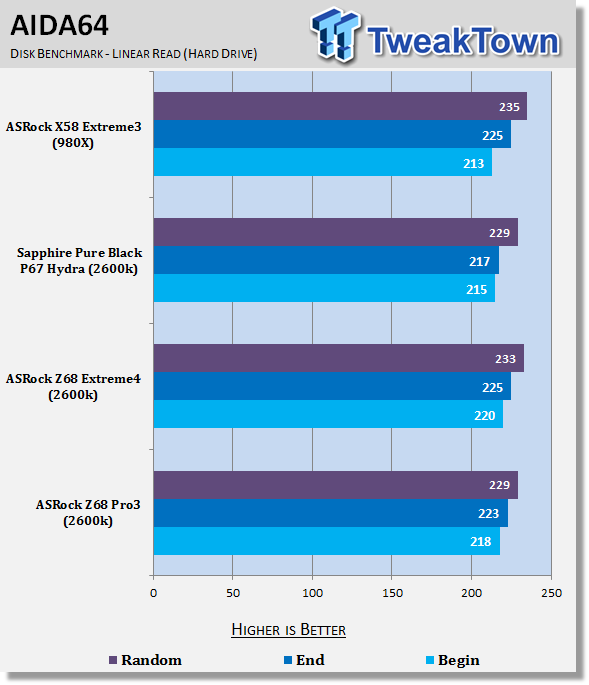 Also carrying XFast USB support, we see that the performance from the Pro3 is strong and offers a nice boost over boards that don't offer this feature. As for hard drive performance, it lines up with the Extreme4 almost MB/s for MB/s. 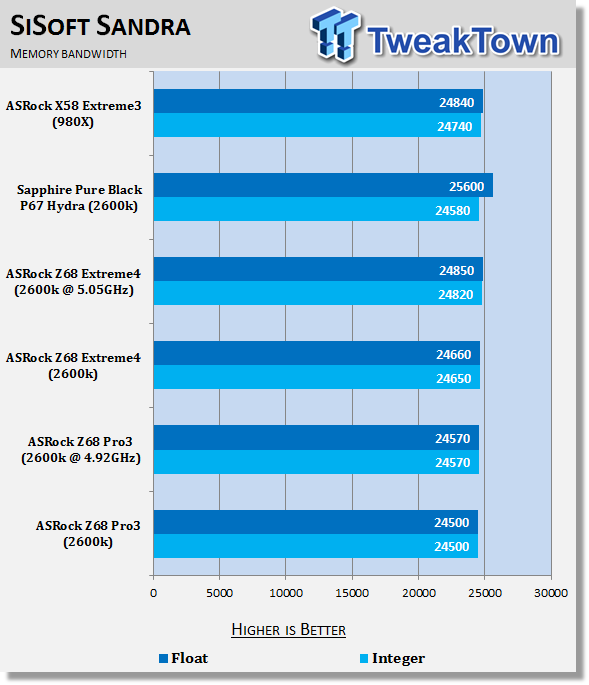 Across the board we see memory performance is very similar between all motherboards here. 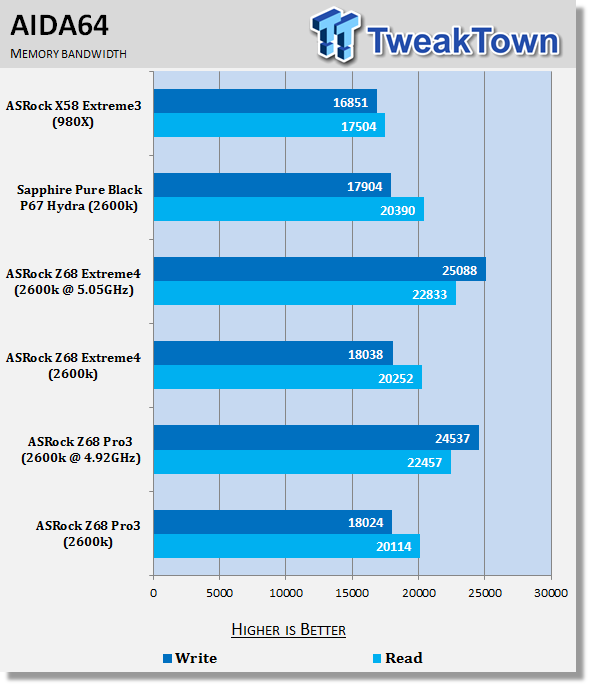 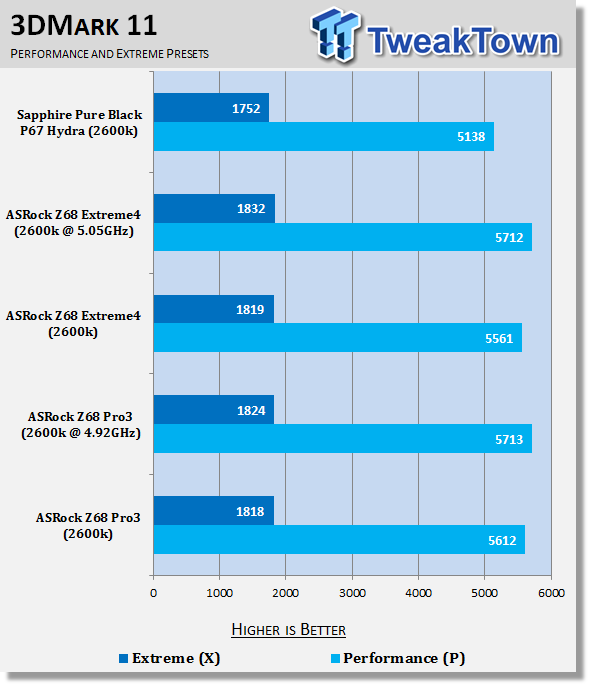 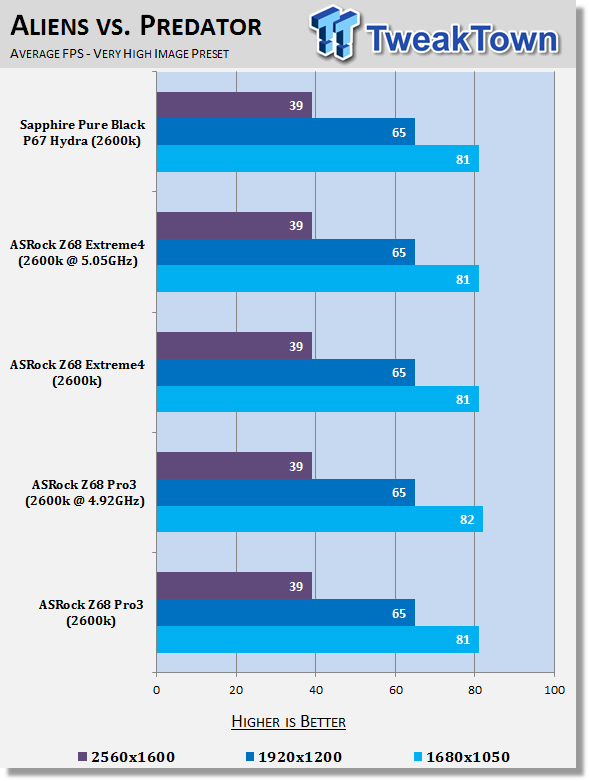 When it comes down to 3D Performance you can see almost nothing separates our setups due to the CPU not being a limiting factor in the performance of our system. 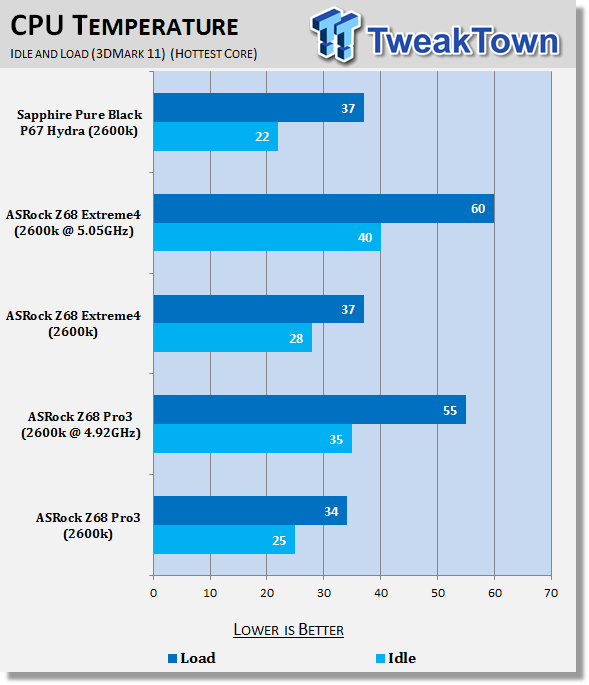 Looking at the temperatures on offer from the Z68 Pro3, there's nothing here that would give you any concern with good idle and load numbers at stock speeds and when overclocked. 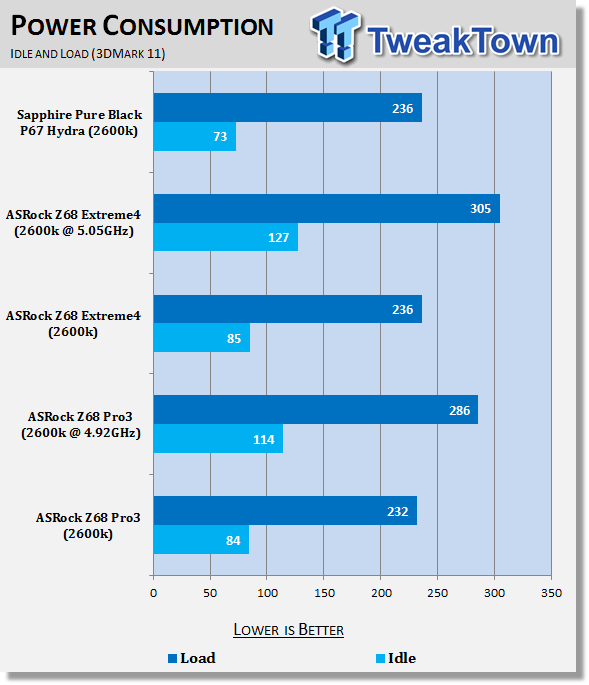 Power draw at stock lines up almost perfectly with the Extreme4. When overclocked the Pro3 is drawing slightly less, but of course its CPU speed isn't as high. 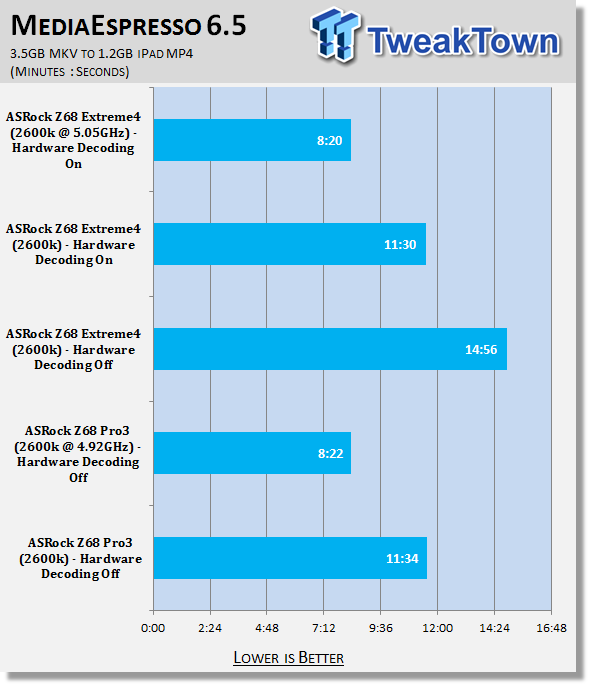 Under MediaEspresso 6.5 you would expect the boards to all perform very similar to each other and they do. At stock when Hardware Decoding is on only four seconds separate the boards; overclocked we see only a two second difference.

Hardware decoding is a really nice feature and it's nice to move away from older programs like AutoGK which doesn't take advantage of these extra features that modern day chipsets and video cards can offer.

From a features point of view the Pro3 is of course lacking slightly when compared to the Extreme4. Outside of the smaller bundle, the Pro3 doesn't offer SLI / CrossFire support, it lacks the Marvell SE9120 chip that pushes SATA3 from just the two Intel ones to a total of four and motherboard I/O connectivity is also a little less lacking.

It's those extras and a couple of others that make up the $70 price difference between the Pro3 and Extreme4. For some people, though, the extra $70 and features that the Extreme4 offer may not make it a better board. If you're not going for a multi-GPU setup, don't need more than two SATA3 ports and don't need connectivity like DisplayPort, 1394 FireWire and e-SATA at the back of your board, then they're features you're paying for and won't use.

That's where the main appeal to the Pro3 is. Out of the box it's going to offer pretty much identical performance to the Extreme4. Assuming both boards are overclocked to the same speed, you'll also see very little difference between the boards.

The Z68 Extreme4 from ASRock for $199.99 is a great board at a great price point, if you don't need all those extra features, though, and instead would prefer to save some money and perhaps throw that $70 into some more RAM or maybe even kick your VGA card up another model, the $129.99 Pro3 is a fantastic option.

Compared to boards priced at a higher price level, the Z68 Pro3 lacks some of the features that you'll see on them. Not everyone needs them, though, and the temptation to save a good chunk of change will be hard to resist, especially since out of the box performance is near identical when compared to more expensive offerings. 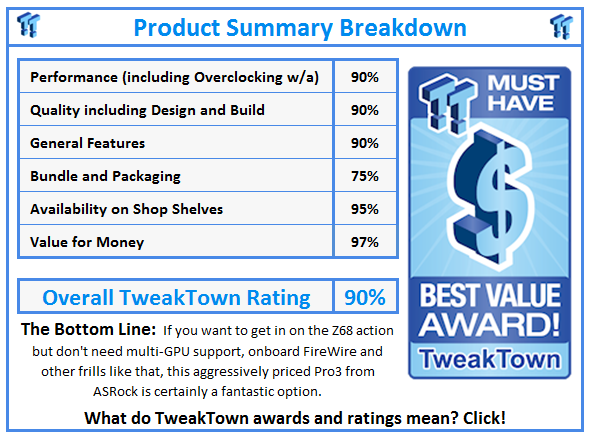