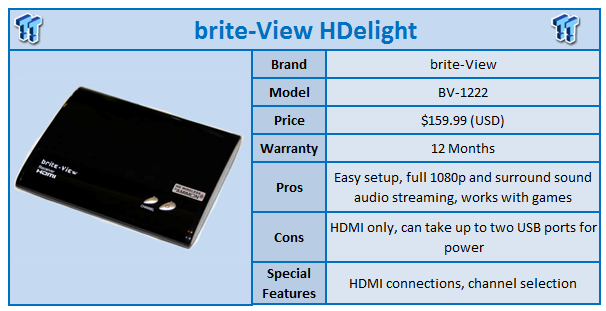 The High-Definition Multimedia Interface, or HDMI, has been a boon to home theater setups across the world. What used to take a variety of cables to hook up can now be done with just a single cable connection between devices, both for video and audio. HDMI can transmit video from standard definition's 480 lines to resolution all the way up to 35mm film 4k resolution. In addition, it can carry along a lossless audio signal for up to 7.1 channel surround setups and even stream 3D high definition content.

The only way the standard could get even better was if magically turned into a wireless Bluetooth-like standard and just required you to pair your Blu-ray/audio receiver to your TV and eliminate those pesky electronic store employees trying to sell you overpriced cables.

But I digress. While the fantasy of wireless connections built-in to your devices remains just that, brite-View has released their HDelight system that allows you to wirelessly stream an HDMI signal to your television. Sporting a latency time of less than one millisecond, the HDelight claims it can not only handle your movies and online streaming video, but your gaming needs as well. 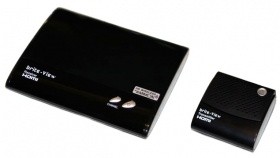 The HDMI connectivity is where the HDelight differs greatly from the Warpia USB PC-to-TV wireless adapter. Instead of using software and a USB connection to send a basic picture out from your PC, the HDelight uses the HDMI port that's already a part of your graphics chipset, thereby insuring that everything just works. If you can hook your laptop or desktop PC up to a television over HDMI already, the only thing the HDelight changes is that you're free of a tethered connection.

Like the Warpia, the HDelight gets thirty feet of "line of sight" connectivity, and it doesn't like walls, so plan on being in-room with the device. Also, the HDelight does require USB connectivity, but this is for power purposes only. The dual-headed USB cable can require up to two ports in order to provide enough power, which might be a problem for those with limited connections. Of course, you can always adapt the cable to run from AC power if you find a two-port AC adapter (the kind you find to charge your phones away from a PC). It may not be an ideal solution like battery power or having an AC adapter port available in the transmitter unit, but it's still an option. 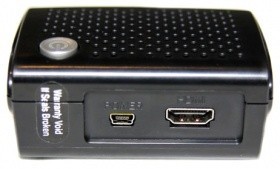 Setup is simple enough; plug power into the base station unit and then connect it via an HDMI cable into your television/audio receiver, then connect the transmitter into the HDMI port on your computer and plug in the USB power cable. Turn both units on and they will connect automatically. The process is as painless as it can get, and I never had a problem with the units staying connected to one another.

There are two methods of connecting a second display. The first is simply a mirror of what's on the desktop, while the second extends the desktop onto the other display. Extending the desktop had no issues and easily played back Hulu, YouTube and various digital media files. Resolutions were selectable all the way up to 1920x1080.

Games don't handle extended desktop displays very well, so dropping back to mirror mode, I launched Steam and proceeded to run a few different games that I had installed. All played just fine and even had sound streaming out of my audio receiver. You lose the intimacy that comes from playing certain titles up close to a monitor, but for games that had their birth in console systems, the result was indistinguishable. 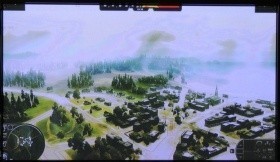 Playing back digital media files, including 1080p MKV files in VideoLAN, worked flawlessly, and those files with surround sound audio tracks were properly decoded by my receiver. For an even more strenuous test, I loaded up the Blu-ray version of 'The Rock' in PowerDVD 10, along with its lossless PCM 5.1 channel audio track, and played it back through the HDelight. Both video and audio were stellar and, as a testament to the HDelight, playback looked and sounded exactly like was supposed to.

Finally, the sample PowerPoint presentation that I tried worked flawlessly in the full screen mode and presenter mode, none of which is much of a surprise. If Steam games can work, then simple PowerPoint slides shouldn't be a problem either.

The brite-View HDelight is a simple device, which is a good thing as it means there's nothing that could be inadvertently messed with. Its HDMI-only form of connection may keep it from being as robust as other options, but it also means the device is simple to setup and use. With a variety of adapters to convert your video outputs to HDMI, this isn't that much of a problem anyway. If you're looking to simply and easily get an HDMI signal wirelessly sent to a monitor or television, look no further than the HDelight!