The CineVibe from ASUS is the company's latest offering to grace the straining headset market which threatens imminent implosion at any time due to over loading. The CineVibe does, however, have one secret weapon that will litterly shake you to your core. That is Force Feedback in a headset, the first of which we have ever seen.

This is all very interesting as a concept, but is this new weapon enough to propel the CineVibe past the ever growing competition? Today we shell endeavor to answer that question. 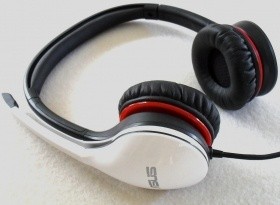 This is a USB headset; there is no driver needed and it makes for easy installation. On the side of the included package (which looks great in itself we might add), there really is not much to mention aside from the headset and product manual. Overall, though, we thought this box was quite well thought out and elegantly executed. 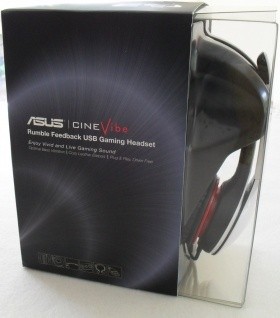 Probably the most interesting thing to mention here is the inclusion of a force feedback device in each of the ear pieces to provide the rumble affect during gaming, music and movies. There is literally only one sentence of information given from ASUS about these 'vibrators' located in each side of the headset, so unfortunately we cannot discuss much about them, as interesting as they might be. 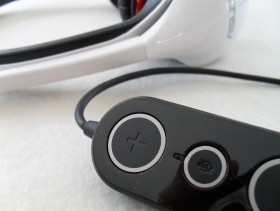 Also included here is an onboard digital-to-analog processor, or DAC as they are also known as. Because the use of a USB port rather than a soundcard has been employed, the job of turning the digital data into an audio signal must be done 'in house' by the headset itself.

The job of providing overall control to the headset is taken care of by a small in-line control 'puck' that also allows for manipulation of the force feedback function.

We have nothing to compare this feature to due to the fact that no other headset has ever come through our labs boasting such a feature. However, during testing we found it to work especially well for movies with a bass heavy soundtrack. The experience was at first quite bizarre; the feeling of having our ears vibrating during a film was, to be honest, quite strange yet oddly pleasing, although not in an immersive sense. It was more of a novelty to be having the sensation, which we might add really is quite powerful for the tiny stature of the headset.

So, does the feature on its own through sheer novelty warrant the purchase? Unfortunately we don't think so, because it just didn't really feel like it added anything to the film experience. Honestly, it probably distracted us more than anything. It's noisy too, which is going to be an issue when watching films and doing pretty much anything really. But it can be turned off if it's not wanted, which is a nice option.

The CineVibe features a built-in foldable noise cancelling microphone for all your in-game communication needs. Although not a feature used by all gamers, we feel this Mic will be up to scratch for those who need it, and can be seen in close view just below. 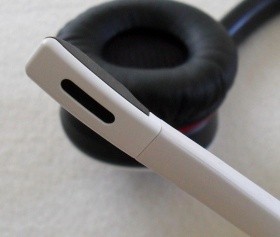 Quite good; a little bit digital and rounded at the far top end, but overall, not too bad really. We would have liked a bit more of that now famous 'ASUS fidelity' in this department, however.

Not going to be a problem for most users, and really gets the job done considering the small size of the drivers used. Better than the high end; quite warm and lively.

An interesting test due to the built-in rumble feature which is going to no doubt cause some interference with the low end, and does. The way that bass frequencies are blended with the rumble effect is a little bit off at this stage, with the force feedback effect seeming to trigger after the fact, or after the bass note has been played, which as you could imagine does not work well at all.

For this to work, here is what needs to happen. The built-in processor needs to have a custom EQ to roll off the low end sharply at the point where the feedback engines begin to create resonance in the chassis of the headset. In laymen's; simply produce the audio signal down to the point where the vibration caused by the feedback engines generate a sufficient amount of movement in the headset as to simulate low frequency bass.

This would actually work quite well with some tuning, because low frequency information below around 60Hz is felt, not heard anyway. 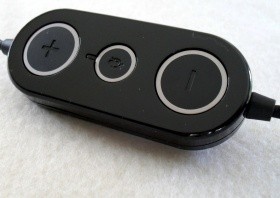 Even when ASUS are feeling out a new concept, they still manage to produce a strong product and the CineVibe is exactly that; a strong well built headset that provides a bit of a sniff of what the future might hold with 3D movies and force feedback headsets. As it stands, this technology needs honing quite a bit if we're honest, but it doesn't matter, because we all know that ASUS won't give up until it's perfect, which means we can focus on recognizing the initiative being put forward today.

Audio quality is rock solid without having that ASUS fidelity we have come to love of recent times. Pricing is competitive coming in at $90 AUD drive away, which is the most expensive of the three USB headsets I have in my possession right now (reviews of the other two coming real soon). But the CineVibe also carries the most well known badge, so the premium is probably in that, we would think.

So, is this one worth the trouble? Well, not quite yet; mainly because we feel the rumble effect needs fine tuning and secondly because the driver size needs to be increased by at least 10mm. At the moment the 30mm drivers feel too small and the whole cup needs to hug your ear more closely.

Having said all of that now, if ASUS can bring us another CineVibe with a finely tuned and well tested rumble effect with some nice big 50mm drivers in a similar design, we might just have one of the most exciting products of the coming summer. Before that, though, a little work needs to be done we think.