Coming through loud and clear

HTC have really outdone themselves this time; the latest Google Android phone from the overseas Smartphone manufacturer really shows what Google is capable of in the mobile operating system stakes. 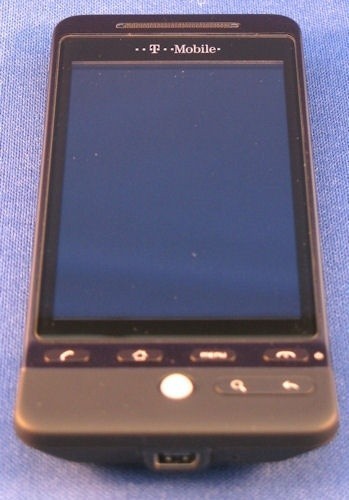 Firstly some basics on Android:

That's all you really need to know about Android itself, that and the fact it's such an awesome OS. But HTC were not happy with just plonking Google's open source baby on their latest hardware.

HTC customized the GUI to better match the phones look and feel, and called it the Sense UI; and it is gorgeous! A really slick and intuitive interface that has you pressing and dragging things around just to see what they will do.

But we're here to review the phone as a whole, so here's what I have in my sweaty mitts... A HTC Hero (G2 branded T-Mobile UK).

One of the interesting features on this handset are the seclusion of any kind of physical keyboard input which has been long debated as a necessity of Smartphone handsets. Where writing emails and web browsing have been a daily task made easier on handsets with the inclusion of a slide out mini-qwerty, the Hero goes for the on-screen route, making good use of that multi-touch screen to allow data input either in a portrait view setting or with a quick rotation in landscape.

With an advanced prediction algorithm in place, the phone guesses what you meant to type on the keyboard approximately 98% of the time so long as you use dictionary English (though a few modern additions are in there, too), and pop-up balloon will allow you to select alternatives.

The keyboard is not perfect however, and there are some issues that need addressing for the next firmware update (due out any week now at time of writing) such as no landscape orientation under the search app from the dashboard. As well as a predictive text only coming on for regular text boxes, making entering information more of a hassle than it needs to be at times.

The handset itself is slim and has the characteristic angular chin of its earlier cousin that makes it feel a tad odd in the pocket but super comfortable to hold and talk on. The style is pretty minimalist with only six function buttons on the front with the trackball. 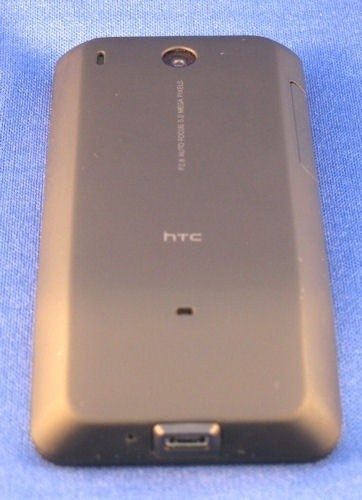 The rear of the unit is smooth and matt black, with a rubberized feel to it that is ohh so nice to hold. The white version has a gloss Teflon coating to keep marks off of it so it will feel shinier than this version. 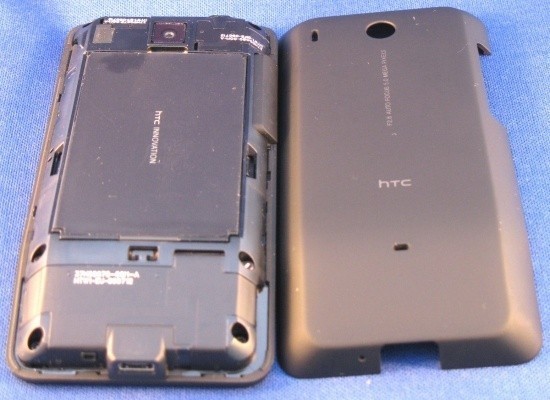 The rear cover comes off to reveal the battery and underneath that the SIM-slot.

Also hidden by the back cover is the Micro SD card slot so you can store as much crap as you want on your phone!

The only other button on the phone is a rocker switch on the side to adjust the volume of the handset.

The bottom of the chin shows the USB connector and microphone hole. You might be wondering about the odd shaped USB connector and thinking to yourself "Oh god not another proprietary connector", well you are wrong... yes, it comes with a shaped connector from HTC, but you can use a regular mini-USB-b style connector with this one too! Thank god! 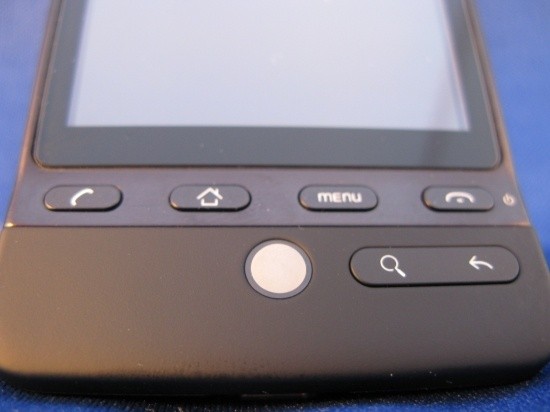 Looking closely at the buttons on the chin face, you have a call pickup, home, menu, call end (lock/power options), search and back buttons. Surprisingly this is all you need for the phone - and you find yourself using the home, back and lock buttons most frequently.

On top of the phone the much celebrated inclusion of a 3.5mm headphone jack, so you can finally listen to music on your favorite pair of headphones rather than the proprietary ones. 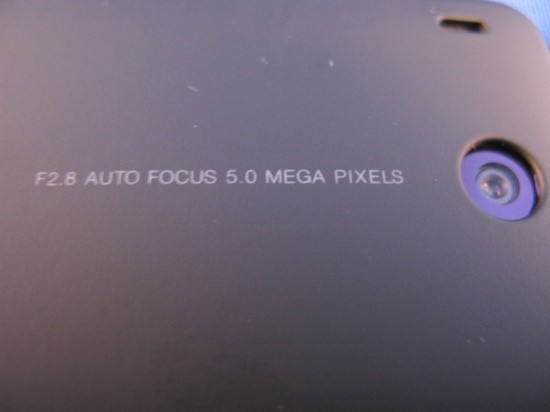 Moving to the back cover, the five mega pixel lens is recessed behind the protective cover to prevent any scratches. This baby has an autofocus feature, which is a fantastic inclusion with the higher res cameras... unfortunately it takes roughly four seconds from button press to snapshot, which is painfully long! Please! Please! Please! HTC can you sort this out in the next firmware release? Even if it's just an option to turn off autofocus! 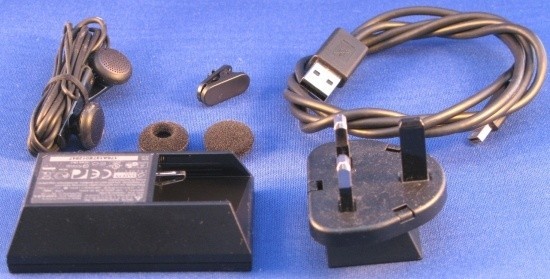 The accessories you get in the pack are pretty standard, an AC wall charging unit, data transfer and charging cable and headphones with inline microphone. But it would be really nice to have a soft case of some kind included with this I think, just to keep your baby scratch free and shiny screened for a few months after you get it.

Talking about using the OS now, there is only one real issue with it that has been the talk of every Hero owner around the world and that is the sluggishness when you transition between the screens.

Apple managed to do it pretty flawlessly, but HTC's hardware seems a tad jerky and sluggish after you open a few applications. BUT FEAR NOT! HTC have promised a firmware update that will reportedly fix the issues of laggy screens along with a few other feature fixes, so we wait with baited breath to see if this turns out to be the most awesome android phone to date.

There is a huge amount to talk about with this phone and I'm not going to go into every detail because everyone is going to want different things from this phone so instead I'm going to tell you to get your ass down to your local mobile phone shop (preferably one that carries the HTC Hero! Duh!) And have a play with it yourself.

Do all the things you want to do with it and make your own judgments about typing on the onscreen keypad, browsing the Internet, using the multi touch zoom capabilities and even have a fiddle with the Android market place... it has an application for almost everything! (The authors personal favorite being the voice recognition search tool!)

For me, however, I think this phone is the bee's knees and there's no problems that can't be fixed with a little firmware update... but then again what do I know... I'm just a gadget reviewer!