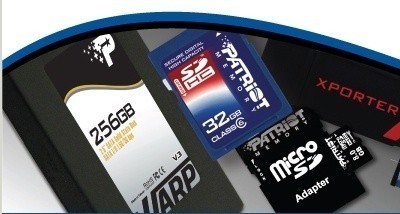 The Patriot Extreme Performance Warp Series has become very popular with enthusiasts looking to get the latest SSD technology in their system. Last October we reviewed the Warp V2 128GB drive and were very pleased with the speed and price of the drive. Later Cameron took a set of 4 Warp V2 drives to the next level by placing them in a RAID array and the results were stunning. At CeBIT Patriot had a new Warp product on display; the Warp Version 3. We got goose bumps after hearing the specs list.

The third generation Warp drive is currently only available in 256GB capacity and uses a simulated RAID 0 technology internally to increase write speeds. The claimed read speed on the Warp V3 was quoted to us as 240 MB/s, so we are expecting to see some great numbers out of this drive. Hopefully these high synthetic numbers relate to a dose of intense real world performance.

Before you get wrapped up in performance, you have to prepare yourself for the cost to play at this level. As of today the Patriot Warp V3 is only a 256GB part and as such comes at a high cost. Newegg has the new V3 in stock for 595.00 USD. The G.Skill TITAN we reviewed a few weeks ago is now down to 525 USD. Let's see how the Warp V3 compares to the TITAN and all of our other selected 2.5 inch drives! 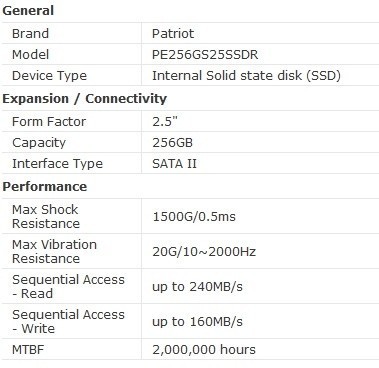 The Warp V3 carries over all of the benefits of the V2 model like high shock tolerance and cool operating temperatures. Building on the V2, the new V3 comes in higher capacity and faster read / write numbers.

As stated previously, the numbers are impressive with 256GB of data capacity, 240MB/s read speeds and up to 160 MB/s write speed. When it comes to today's modern SSDs, it is really a numbers game since all of the drives can take a beating and still continue to operate normally due to the lack of moving parts inside the drives.

The other number in the numbers game that is just as important to users is the cost. The Patriot Warp V3 has a fairly high number in this category as well. Granted, the drive is just now reaching store shelves so we should see a reduction in the cost of ownership in the coming weeks, but for now you will have to fork out nearly 600 USD to use the latest Patriot technology that is found in the Warp V3. To make matters worse, some of the other shops are really using the series popularity to stretch their margins; one etailer is charging 729.99 USD and another 731.00 for the Warp V3, ouch! - Your best price today is still Newegg's and it is currently 595.00. 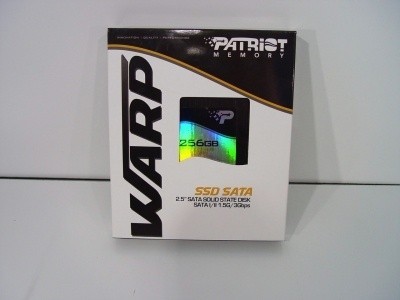 The packaging for the V3 is identical to the V2 other than the color changes. The V2 was black and grey and as you can see here the new V3 is white and black. Patriot still has not made a reference on the outside of the package to show that the Warp drive inside is a V3 model. In a retail environment it could be an issue when trying to choose the correct drive. 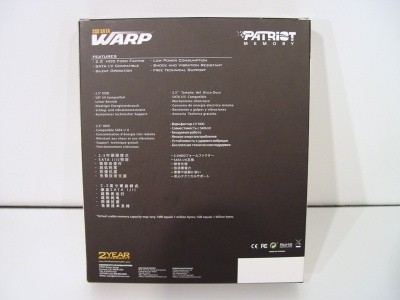 On the back side we see a new design for the Warp Series. Patriot lists a few specifications but it doesn't list any read or write speeds. 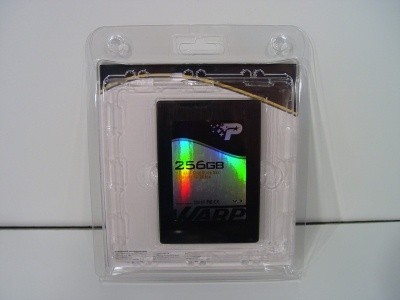 With the outer box removed, we see that the drive is held securely in place so you shouldn't have any issues with shipping companies playing football with your package. 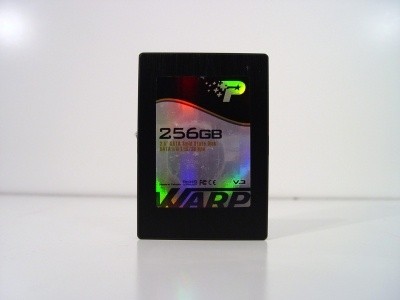 Clearly marked at the bottom right side, we can see the V3 that indicates that we are playing with the correct drive. 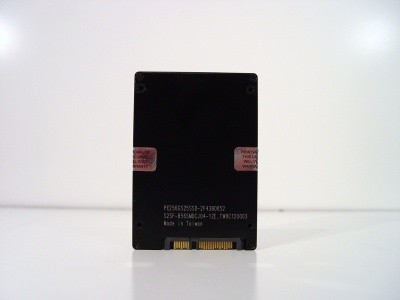 On the back we see the part and serial numbers. 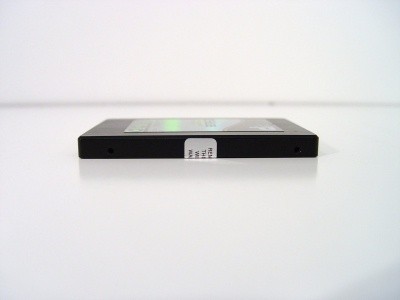 Along the side the Warp V3 has all of the proper mounting fittings, so you will not have a problem installing the drive in your notebook or using an adapter to install the drive in a desktop. 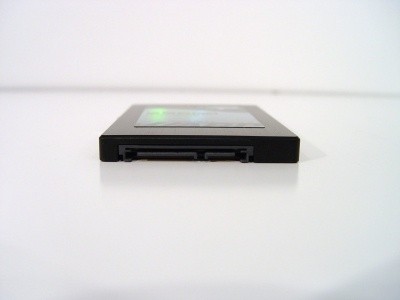 Along the back the drive has SATA and power connectors.


Today we are comparing the Patriot Warp V3 256GB SSD with other 2.5 inch drives that we reviewed in the past.

All of the drives tested were performed on the listed system under identical conditions to ensure true apples to apples performance results for comparison. The most obvious competitor to the Patriot Warp V3 is the V2 model and the G.Skill TITAN, another 256GB capacity sized drive. 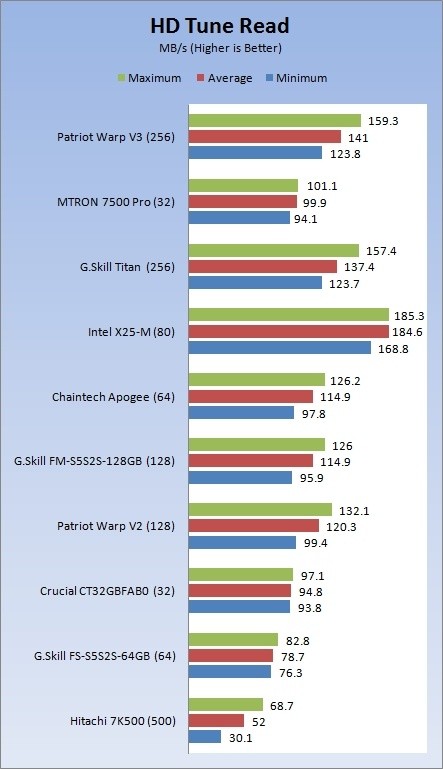 The Patriot Warp V3 has a slight edge over the G.Skill TITAN when it comes to read performance and a solid 20+ MB/s over the Warp V2 in average read speeds. 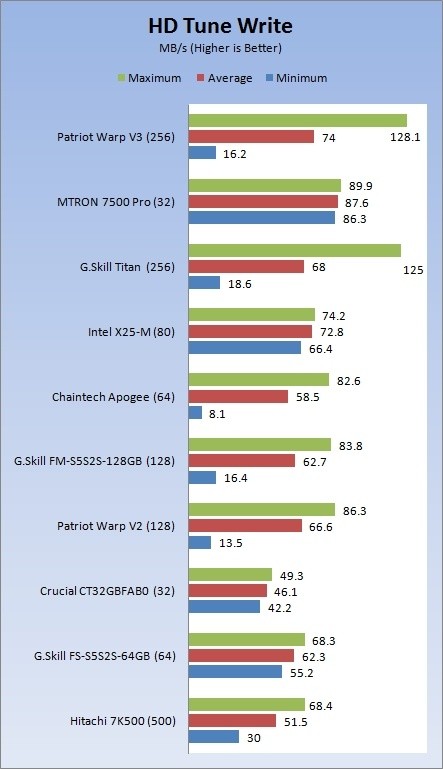 Write speeds are where MLC drives take the biggest hit and although the drive only made it down to 16 MB/s for a brief moment, the speed hurt the V3's average score. 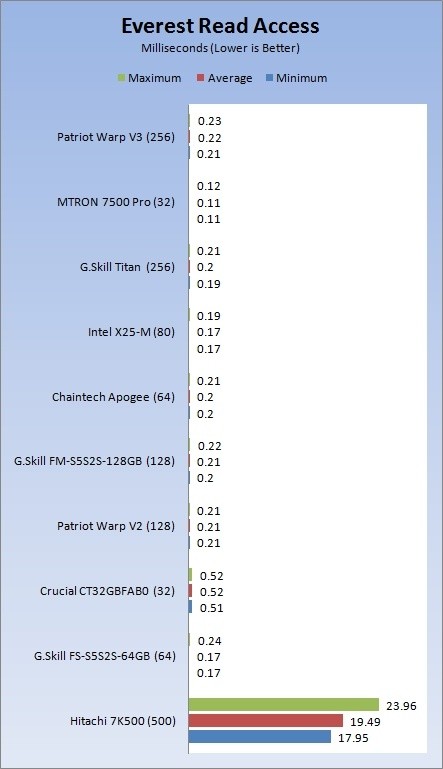 In the Access Read Speed Test the V3 performed in line with the other MLC drives. 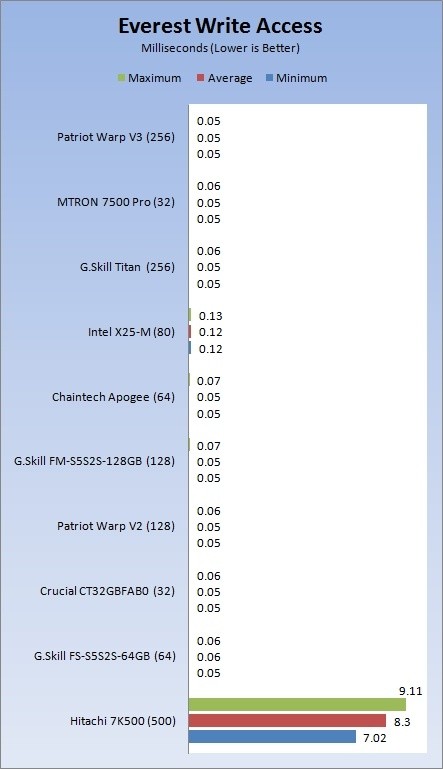 The Write Access Times are also amazing for the Patriot Warp V3 256GB SSD. With read and write access times this fast it would be possible to use the drive as a primary boot drive and still have very snappy performance.

In our first real world test with the Patriot Warp V3, we see that the drive is very capable of satisfying the needs of power users. The TITAN has a leg up on the Warp V3 in many of the tests, but the results are comparable. 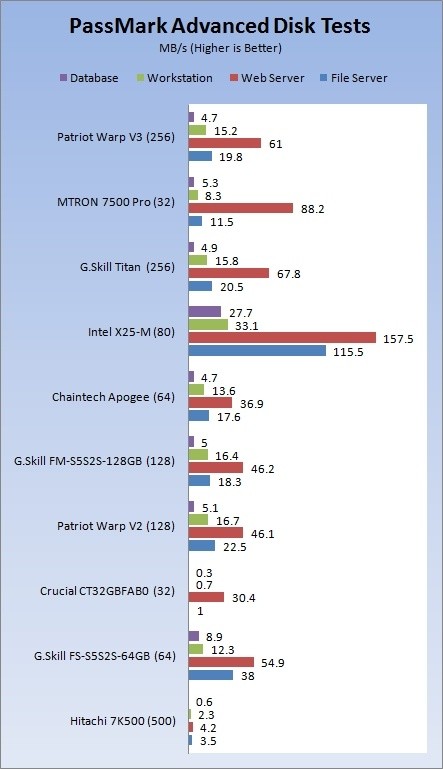 The Warp V3 runs with the TITAN again in the enterprise tests. The V3 splits the benchmark results with the Warp V2 and this surprised us in the lab.

Patriot had a great run with the first two Warp drives and we had high hopes for the V3. Performance wise, the V3 is not that much of an improvement over the V2, but it does bring a capacity that was unobtainable with the previous series. Since the V3 is only available in 256GB capacity, we can live with that; but think of this version as the Warp 2.5 when it comes to performance.

The Warp V3 is starting to show up at all of the major etailers, so you will be able to find the drives. The cost is still riding a wave and it is still on the upside with Newegg listing it at 595.00 USD and that is the lowest cost I was able to find; much lower than the others. Still, 595 is a tough pill to swallow with the TITAN sitting in the back ground at 70 Dollars less for nearly identical performance. Once the prices stabilize, you can pretty much flip a coin.

We were not disappointed with the performance of the V3, but it didn't deliver like the V2 did when it was first launched. The V2 outperformed everything when it first arrived and it would be a tough act to follow. 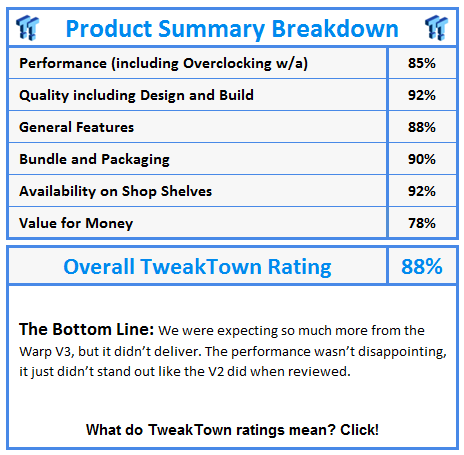