SteelSeries evolves the Arctis range and the SteelSeries Arctis Nova 7X sees improvements made in all areas. Comfortable, versatile, and great sound is bolstered by the industry-leading Sonar software on PC.

With so many headsets on the market, robust software support has become a feature to look for in recent years. Sitting alongside things like wireless latency, drivers, frequency response, and overall comfort. For SteelSeries, its GG app has been serving as a hub for its peripherals, offering easy access to customization, firmware updates, and the usual audio tinkering for its various Arctis headsets. 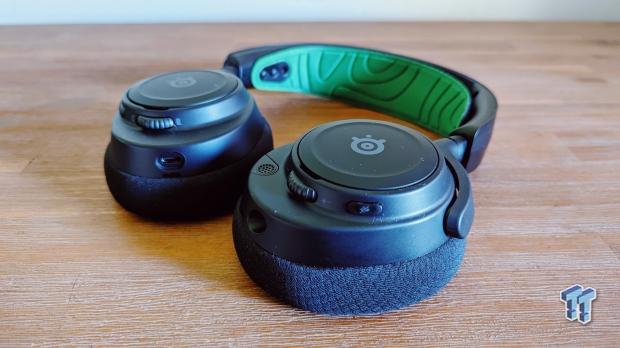 As the hardware maker introduced the new Arctis Nova range this year, we've seen the introduction of Sonar - a new audio-specific package that sits within SteelSeries GG that might just be the best headset/speaker tool for PC gaming and media consumption. From the fully parametric EQ for sound delivery to the various presets to the ability to mix game, chat, and microphone levels and frequencies, it's robust, to say the least. Studio-grade stuff. Even though you don't need a SteelSeries-specific headset to use Sonar - pairing it with the new SteelSeries Arctis Nova 7X Wireless is like opening the door to audio bliss.

As the successor to the popular SteelSeries Arctis 7X, which sits in that premium price range (for gaming) of USD 199 and AUD 399, the SteelSeries Arctis Nova 7X brings many impressive innovations to the table. The revamped high-fidelity drivers dubbed the Nova Acoustic System deliver a great natural sound, Bluetooth multi-device streaming adds versatility, and the new physical look and feel features a fully retractable microphone and a lighter build for added comfort. 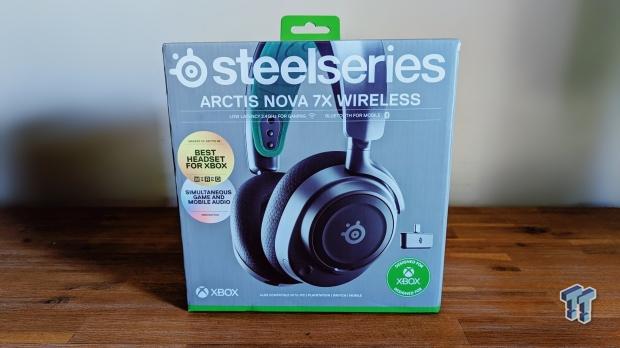 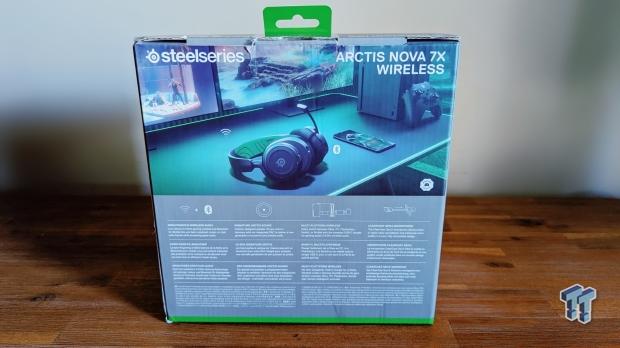 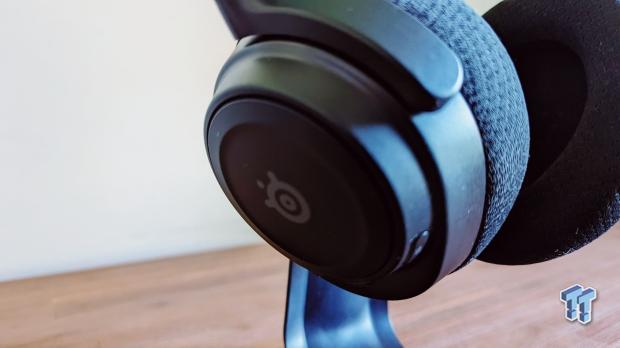 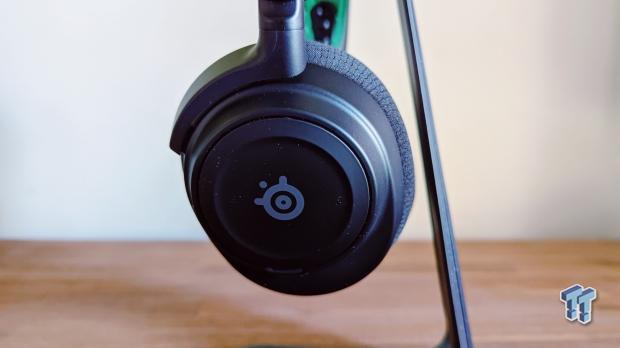 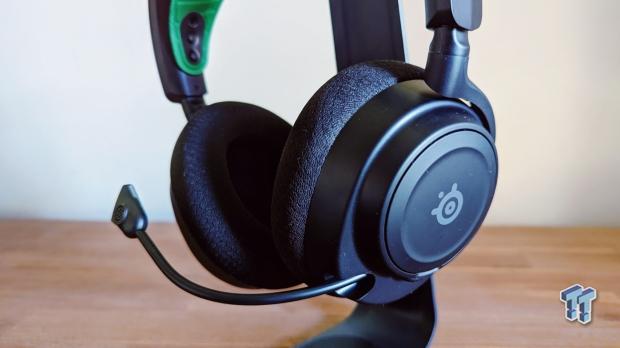 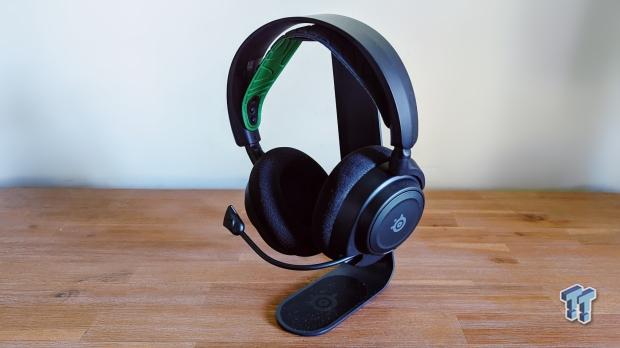 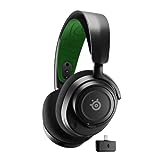 The SteelSeries Arctis Nova 7X is the sort of evolution in design that doesn't come around very often in that it improves on the previous iteration in just about every way you can imagine. The rotatable earcups and headband are more robust, keeping the ski-band style that has become a SteelSeries hallmark and taking it to the next level. The overall weight has seen a reduction, too, with the 325 grams being around 14% lighter than the previous model - leading to less discomfort for longer gaming sessions. For a wireless headset, it's lightweight. A lot of the build is plastic, but high-quality and extremely flexible.

The fabric memory foam cushions are comfortable too, but not quite the largest cup size we've seen when compared to competing brands, and they might be a little soft for some. The most immediate change comes with the overall look, which has the air of a pair of stylish headphones you might see from the likes of Sony versus a pure gaming product.

This extends to the microphone, which now fully retracts into the headset, and with the addition of Bluetooth, the SteelSeries Arctis Nova 7X easily doubles as a pair of headphones you can take on the road, albeit without any sort of in-built ANC.

You've also got the option to stream audio from multiple devices to the point where you can take a call from your phone without having to switch things up or do anything apart from pausing whatever game you're currently playing. Or keep playing while chatting.

Hardware-wise, the 40mm drivers feature a balanced sound, neutral for the most part, with a warm and accurate bass response, clear mid-range, and crisp, if not overly balanced highs. The mid-range response is a highlight and helps showcase great sound design in games like Forza Horizon 5, God of War, and the cinematic A Plague Tale: Requiem.

As mentioned in the intro, when connecting the SteelSeries Arctis Nova 7X to a PC (the dongle itself is very wide, so we had to use the extension cable provided in the box), you have the added benefit of using the new Sonar app in addition to SteelSeries GG. In GG, you have control over EQ, firmware, and most features, but once you switch over to Sonar, the parametric EQ takes customization to the next level.

With the overall balance being somewhat neutral and flat, the good news is there's more than enough detail and clarity to boost various frequencies and make use of various presets - or create your own. For those that want great sound but with more bass - the option is there and impressively nuanced. 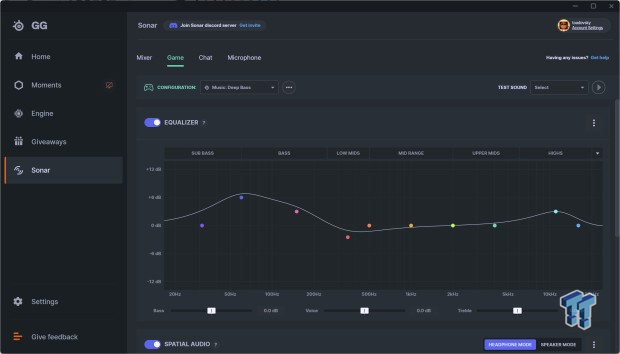 It was in Sonar where we noticed that vocals in the out-of-the-box sound weren't as pronounced as some of the higher-end frequencies. For listening to music or playing a game on PC, this is an easy fix, though when paired with a smartphone or Xbox console - you lose out on the deep level of customization found in Sonar.

It might be unfair to single out SteelSeries in this way, as most wireless headsets for PC and Console are the same, but it would have been nice to see something like Sonar make an appearance on a console. Or even as a smartphone app that takes advantage of the multi-device capabilities of the SteelSeries Arctis Nova 7X as a single customization hub. 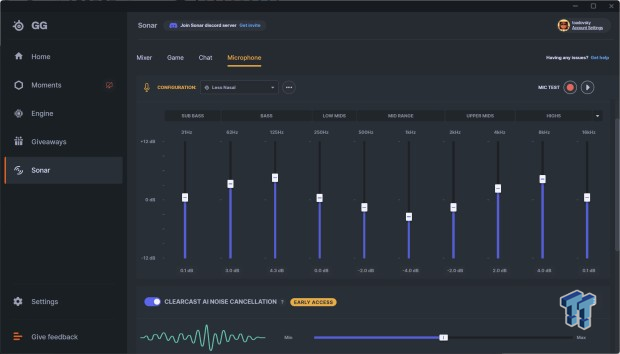 The robust customization in Sonar extends to chat with EQ tinkering available for both the vocal audio received and what's picked up on the microphone. There's also the AI-based ClearCast Noise cancellation which works well for cutting out background noise and things like a mechanical keyboard. It's not at the level of NVIDIA's RTX magic, but it works pretty well. Plus, SteelSeries gets bonus points for adding a microphone preset called 'Less Nasal' - which does exactly that for those of us with, well, nasally voices.

The SteelSeries Arctis Nova 7X is a gaming headset, and as this is the model that features Xbox support (you need to flip a switch on the dongle because of Microsoft's weirdness in using a different wireless protocol to everyone else), we tested the in-game audio on an Xbox Series X and PC.

And with a lot of titles available on Xbox Game Pass on both platforms, with cross-progression, games like Forza Horizon 5 and Gears 5 sounded great no matter the device. Mid-range clarity adds a lot of depth to many sounds and music, and the stereo separation is pronounced in a way that does the same for spatial audio when enabled.

On Xbox, you have access to the onboard Microsoft surround or something like Dolby Atmos (which isn't free), whereas, on PC, Sonar's spatial audio does the trick for pretty much all scenarios. It's on par with some of the best virtual surround solutions out there, bolstered by the wide, roomy stereo sound of the SteelSeries Arctis Nova 7X.

The headset is also compatible with pretty much any gaming device, and firing up the latest God of War on PlayStation 5 only added to the spatial goodness you can hear - with Sony's 3D Audio tech feeling like a perfect match for Arctis Nova 7 sound.

There's also a wired option, which is nice to see as not all headsets bother with including a standard 3.5mm jack. The fact that you get 6 hours of playtime from a 15-minute charge is very cool too. The battery life of 38 hours is SteelSeries' best to date, though you can probably knock off 10 hours from that if you plan on using the multiple-device options by having a Bluetooth device always connected.

After using SteelSeries headsets for a few years, the good news is that the overall quality of voice recording and chat with the SteelSeries Arctis Nova 7X is impressive in how it captures vocal detail even when you're in a noisy environment. The AI-based noise cancellation (which is limited to PC and the Sonar software suite) is a great value-add feature.

It might not be broadcast-grade or comparable to a standalone dedicated mic, but it's stream-worthy enough. On PC, you can mess around with dedicated microphone EQ levels to tweak sharpness or add some bass in a way that eliminates the need to do any sort of post-production work. For content creators, it's a selling point.

And for those that simply chat with friends or jump into work calls, the SteelSeries Arctis Nova 7X fits the bill. And with sidetone (which is enabled by default and plays exterior sound within the headset), there's a natural quality to in-game chat. Though if you're just listening to in-game audio, it's worth turning this off.

The hardware maker has also stepped up its software game, with Sonar being one of the most in-depth audio apps you're likely to find on PC - and there are dozens of impressively calibrated presets for popular games like Apex Legends and Destiny 2. 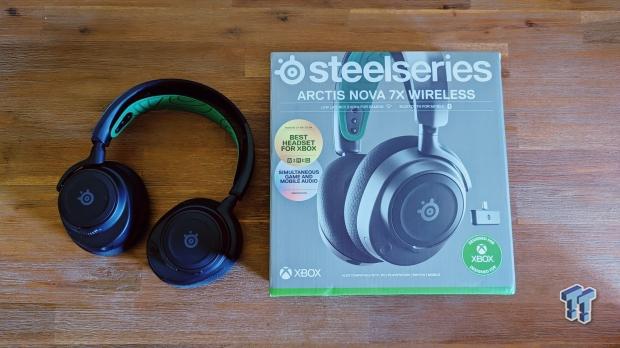 That said, you lose out on that level of customization when connected to a console, and when you've got a more balanced and natural out-of-the-box sound that doesn't overdo the bass or highs, it might not fit how you want things to sound. If SteelSeries could create a mobile version of Sonar for headsets, then the SteelSeries Arctis Nova 7X would be just about perfect.

As it stands, this is an impressive evolution of the Arctis sound, all wrapped up in a lightweight and supremely comfortable package you'll gladly wear for hours.

SteelSeries evolves the Arctis range and the SteelSeries Arctis Nova 7X sees improvements made in all areas. Comfortable, versatile, and great sound is bolstered by the industry-leading Sonar software on PC.