After 23 years, fans are slowly warming to the fifth entry in the series, and this new 4K presentation might help it win over some more.

After the stunning success of Star Trek: The Voyage Home, which brought new fans to the long-running sci-fi series, star William Shatner would only return for the next installment on the condition that he would direct in a similar arrangement to his colleague Leonard Nimoy who directed the third and fourth installments.

Unfortunately, Star Trek V: The Final Frontier didn't fare nearly as well, competing not just against poor word of mouth but a plethora of hot summer blockbusters like Batman, Indiana Jones and the Last Crusade, and Ghostbusters II.

When Spock's (Leonard Nimoy) half-brother Sybok (Laurence Luckinbill) is exiled from Vulcan, taking diplomats hostage in a devious plan to seize control of a Starship (you guessed it: the USS Enterprise) to visit a God-like entity whom has been plaguing his dreams, with the hope of obtaining his power and knowledge. Meanwhile, an ambitious Klingon commander Klaa (Todd Bryant), has his sights on capturing Captain Kirk (William Shatner) - dead or alive.

While it might firmly remain the weakest of the original Star Trek feature films with a convoluted plot, budget-level special effects, and a weak resolution, The Final Frontier is slowly being re-appraised in several areas, including for its ambitious scope (admittedly unrealized), solid production values and heartwarming scenes between the lead actors.

I'm happy to admit that, courtesy of this most recent viewing, I found my position shifting slightly in its favor. At the very least, this new 4K remaster presents the film in the best possible manner, with a filmic presentation that elevates it from the original television series. 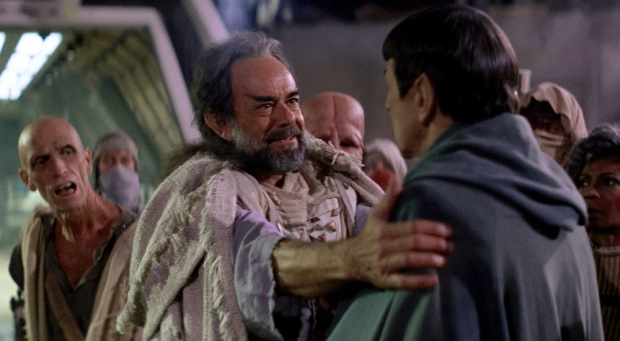 Star Trek V: The Final Frontier is presented in its original aspect ratio of 2.35:1, encoded with H.265 compression, and finished with a Dolby Vision pass, in addition to a base HDR-10 layer.

As with its three predecessors, Paramount has returned to the original camera negative to produce this brand new 4K transfer, which replaces the previous, nearly 20-year-old HD master in a definitive manner.

The image is stable, clear, detailed, and almost entirely cleaned of excessive noise and film artifacts, many of which were baked into the original negative at the production time. The color balance is excellent, with rich and saturated tones where appropriate. The uptick in fine detail across the board is stunning, allowing fans better to appreciate the artistry evident in the costumes and sets all the more.

The downside is that some less competently produced visual effects fare slightly worse to this extra scrutiny. However, the added HDR can occasionally make the image blend somewhat more.

Overall, this is a really capable, often impressive remaster, which will likely become the definitive presentation for many years to come. 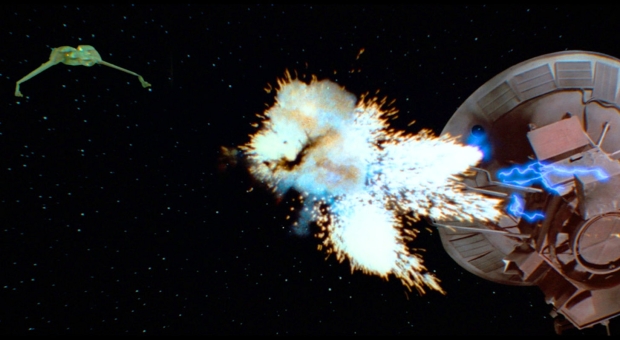 Star Trek V: The Final Frontier is presented with a Dolby TrueHD 7.1 remix at 24 bits.

Just as consistent as previous mixes, Star Trek: The Final Frontier certainly sounds a treat. There were no problems with audio sync or dialogue. The surround mix is just a little better than previous mixes, with a few moments of really nice 360-degree panning effects and reverb.

I suspect the more recent vintage of this film (relative to the wider Trek movie series, of course!) and the condition of the individual audio stems made it just a little easier for modern audio engineers to manipulate. The subwoofer is fairly active when called upon, including during the climatic (or anti-climatic, as the case may be) finale.

The score, provided by the legendary Jerry Goldsmith returning to the saga for the first time since The Motion Picture, is solid but far from his best work. But when that Star Trek march kicks in, it's very hard not to get roused.

Overall, this is a solid effort that does enough to be impressive, but it is a little bit of a shame that Paramount didn't go the extra mile to prepare a new Dolby Atmos mix. 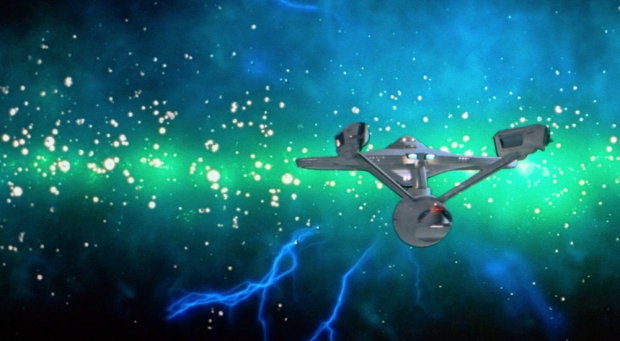 Unfortunately, unlike the U.S. and U.K. physical media releases, Paramount has seen fit not to include a copy of the standard Blu-ray in the Australian release, nor the bonus disc, which means all the video-based features are completely missing in action.

Unfortunately, at odds with the U.S. release, Paramount has not included a copy of the standard Blu-ray in the Australian release, which means all the video-based features, including making-of featurettes and deleted scenes, are completely missing in action. This is yet again a very disappointing move for local Star Trek fans.

However, the 4K disc does include two previously released Audio Commentaries, the first featuring Director and Star William Shatner, alongside his daughter Liz Shatner (who co-authored a book about the making of the film), and a second featuring Michael and Denise Okuda, Judith and Garfield Reeves-Stevens, and Daren Dochterman. 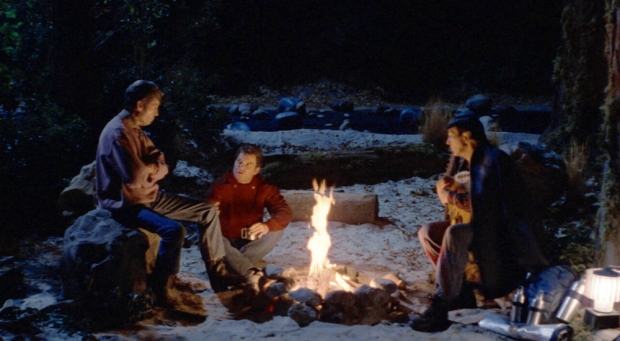 After 23 years, fans are slowly warming to the fifth entry in the series, and this new 4K presentation might help it win over some more.