An all-in-one 4K60 capture device tailor made for modern consoles and high-end PCs, and there's a lot to love about the simple-to-use and impressive Elgato 4K60 S+.

The arrival and adoption of 4K displays for both on-the-couch and at-the-desk gaming have seen the Ultra HD resolution become something of a mainstay. Bolstered in recent times by the success of the PlayStation 5, Xbox Series X, and new graphics cards from NVIDIA and AMD, gaming in 4K is not only a big thing in 2022 but something that adds a new dimension to high-quality textures, lighting, raytracing, and incredibly detailed environments.

Look no further than Cyberpunk 2077 running on a high-end PC or Marvel's Spider-Man Remastered on both PC and PlayStation 5. 4K gaming is one of those "you have to see it" things, and once you've experienced it in full, there's no going back. So then, how do you record a game in 4K? 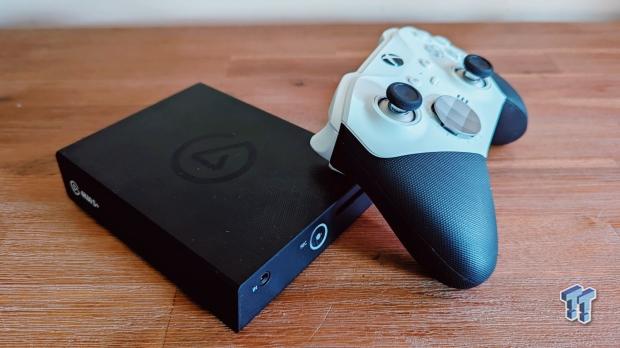 Well, the amount of data required to deliver a 4K 60 fps image with HDR is astronomically higher than a regular old-school 1080p image, and from a pure video processing point-of-view, you need capable hardware just to decode and present a 4K video without artifacts. This makes the idea of an all-in-one 4K capture card highly impressive, something that can hook up to a PS5 without the need for a PC or additional device to capture video. The Elgato 4K60 S+ is exactly that, thanks to its onboard HEVC encoding and SD card functionality.

From a design perspective, it's a 4K60 HDR capture card that connects to a PC or console and with a press of a single button can record hours of high-quality video with or without commentary. With support for multiple resolutions, codecs, and any device with HDMI 2.0 output, it's hard not to be impressed with the results.

The Elgato 4K60 S+ is portable, great for consoles, and an all-in-one external capture card tailor-made for the current generation of gaming. Though with a price-point of USD 399.99 and AUD 599, it's a lot more expensive than a 1080p capture card capable of 4K passthrough, which makes the lack of VRR support and 1440p sting a little. 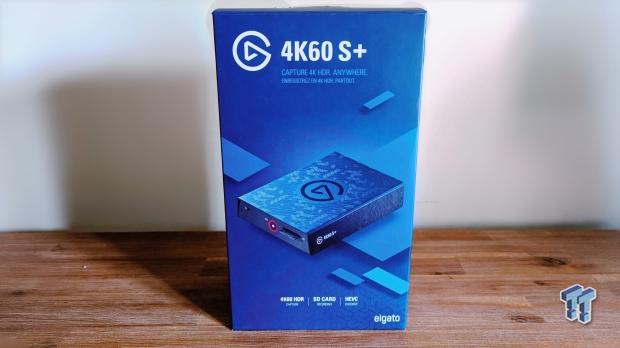 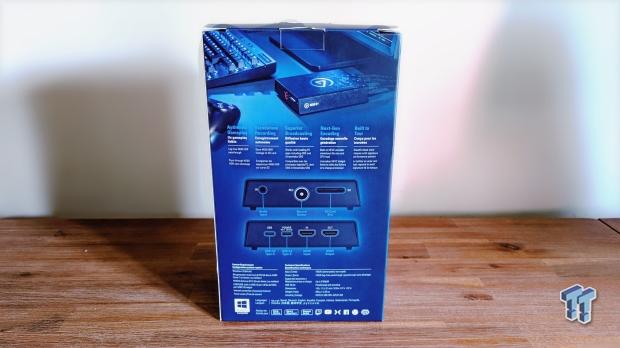 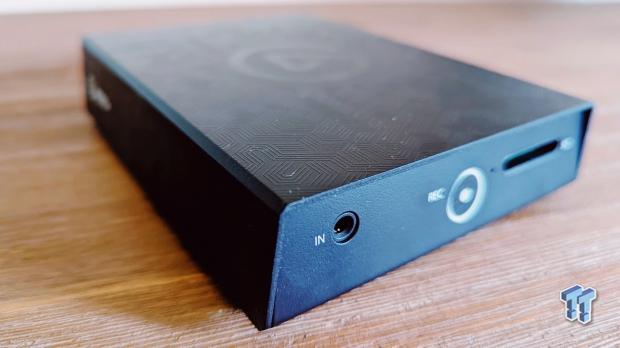 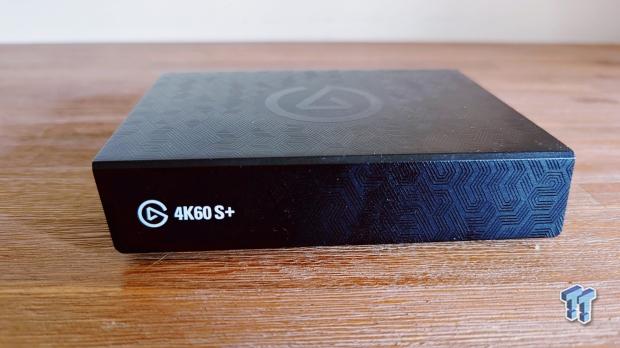 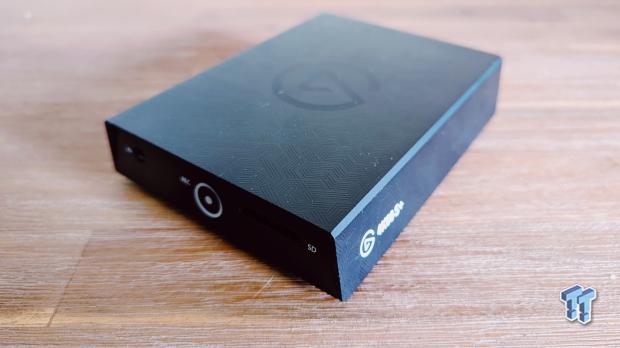 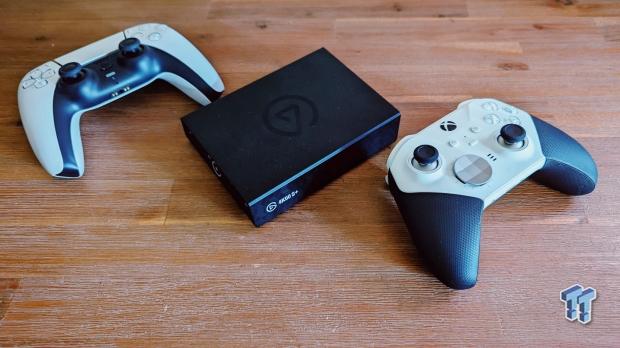 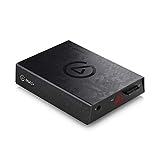 The Elgato 4K60 S+ is a small metallic rectangular box with a stylish design to support its minimal hassle-free approach to capture. Once set up, there are a lot of cables to manage, as is the way of capturing footage with a dedicated bit of hardware. And here that comes in the form of USB-C for power, HDMI 2.0 input, HDMI 2.0 output, and an optional additional USB-C connection for PC capture.

Without the latter, you can press the single button located on the front to record directly to an inserted SD Card. Customizing bitrates and resolutions and tinkering require software support.

The Elgato 4K60 S+ is an in-between box. Your PlayStation 5 or Xbox Series X's HDMI cable connects directly to the input, with the output connecting to your main display via an additional HDMI cable. Elgato only supplies a single high-quality HDMI cable in the box, which is a shame, but most modern consoles and 4K PC displays come with high-quality HDMI cables, so it's not a hurdle you need to overcome. There's no real configuration you need to do out of the box either, with the unit featuring a single capacitive button on the front that pulsates red when recording and not when it's in passthrough mode.

The portability of the Elgato 4K60 S+ is one of its most exciting features, making it ideal for content creators that switch between multiple devices or do most of their gaming on a console. 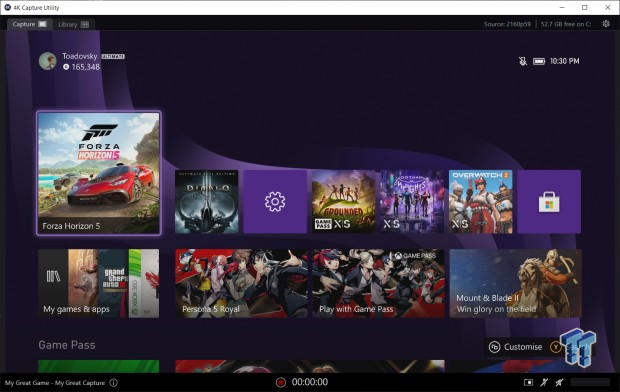 The addition of seamless latency-free passthrough means that if you're going to use the Elgato 4K60 S+ with a single device, be it a console or PC. It can pretty much stay there and record only when you need it to. The plug-and-play nature also works in tandem with your display and console, so when testing with a PlayStation 5 connected to an LG OLED, the signal remained in 4K60 HDR mode - but as it adjusts automatically to what it detects on the display side, there can be some troubleshooting to work through to ensure you're getting a full 4K signal as opposed to 1080p.

Thankfully this is all handled by Elgato's simple and easy-to-use Elgato 4K Capture Utility. For PC gamers, it's worth noting that the Elgato 4K60 S+ is limited to 4K and 1080p, with no option to capture 1440p or other aspect ratios wider than 16:9 - which is a definite shortcoming.

The only way to make changes to recording bitrates and other features of the Elgato 4K60 S+ is through the Elgato 4K Capture Utility software on PC, which is easy enough to use but not the best recording tool you're likely to find. Flashback Recording allows recording to happen automatically, which you can then trim by scrubbing through footage and pressing the tiny record button located at the bottom to choose an endpoint.

It's a little cumbersome to use because it's the same button for manual recording, and the visual confirmation is such that you need to look at the unit to see the pulsating record light doing its thing to make sure it's working right.

At the top of the screen, you've got information about the video signal, recording bitrate, and how much time is left on either the SD Card or internal storage location for capture, which is nice. In terms of 4K60 HDR video, if you're using the Elgato 4K60 S+ for content creation and YouTube, you'll most likely disable this and stick with SDR. 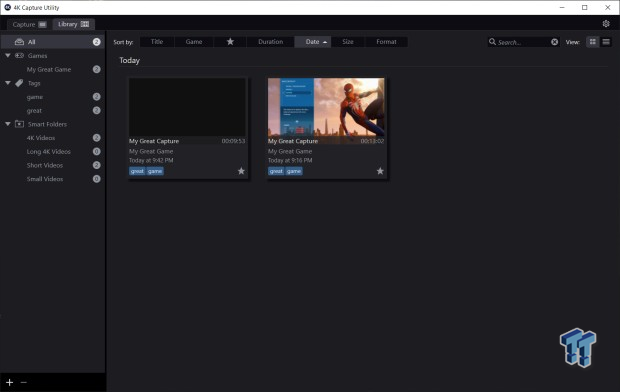 With Elgato creating a suite of products for streamers and content creators like the Stream Deck, there's support for full integration there, with the ability to record and capture images. There's also OBS and XSplit support which can manage recordings, too - though limited to 1080p60. Which, in the world of Twitch, is the norm. Outside of recording and the ability to manage a library and keep things in clearly labeled folders with the right file names, Elgato 4K Capture Utility doesn't feature any video editing tools. For that, you'll need a third-party application - and a decent rig to be able to edit large 4K video files.

The good news is that the 3.5mm audio input jack on the Elgato 4K60 S+ allows live audio recording, so raw video with commentary on top of the game audio is simple to create.

Whether it's connected to a PC, PlayStation 5, or Xbox Series X, the Elgato 4K60 S+ lives up to its claims of lag-free passthrough - which is great, and it doesn't take long to not even notice that it's there. As for results, well, there's nothing like high-quality video capture to do the talking for you. Here's the opening to Marvel's Spider-Man Remastered, running in Performance Mode on PS5.

And here's the opening to Forza Horizon 5 captured on Xbox Series X, also running in Performance Mode. Both videos are presented in 4K60 in SDR to ensure they are viewable on a wide range of displays.

Of course, YouTube compression muddies up the pristine 4K source, which works out to be 10GB or so per 10 minutes to preserve like-for-like visual fidelity. So well over 60GB for an hour of raw 4K footage, and going through the results, the image is crisp, detailed, and very impressive in its raw form. Being able to capture the full 4K image at 60 frames-per-second in such high quality is wonderful, no doubt, but yes, dealing with those large 4K files can be a pain unless you have a capable rig to edit. 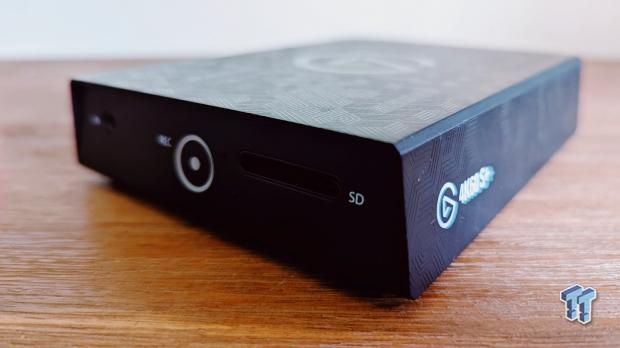 4K60 HDR content looks stunning too, and no doubt the addition of a secondary microphone input makes the Elgato 4K60 S+ super convenient for livestream productions. Unfortunately, there is a very noticeable delay when monitoring through PC software, upwards of 250ms. This will need to be taken into consideration if you plan on using streaming software and additional inputs like a webcam.

Having flexibility over bitrate is a nice touch, and although you're limited to Elgato 4K Capture Utility for those sorts of settings, that flexibility is great for finding the right storage sweet spot.

The Elgato 4K60 S+ is certainly an all-in-one external capture card that doesn't require anything apart from pressing a button to record 4K60 gameplay, no matter if it's hooked up to a PC or PlayStation 5. With its solid metallic build, ease of use, and portability, there are a few shortcomings to be found that go beyond the high asking price.

For one, there's no support for 1440p, one of the fastest-growing display sectors in the PC space, or HDMI 2.1. The latter means all capture is limited to 60 frames per second, though when it comes to content creation and streaming in 2022 - that's not a deal breaker.

In the end, having a single capture card that can record in 4K to SD without needing another device is awesome if you're capturing footage from modern consoles. Especially one that is portable and easy to move around. Once set up, you're looking at a single button press, and that's it - the rest is taken care of.

Grabbing files off SD is easy, too, and with many options for editing 4K footage, the lack of those sorts of features in Elgato 4K Capture Utility software can be overlooked.

An all-in-one 4K60 capture device tailor made for modern consoles and high-end PCs, and there's a lot to love about the simple-to-use and impressive Elgato 4K60 S+.