Code Club AB, developer of the Indie sandbox MMORPG Wurm Online, is bringing a revamp to the Epic PvP cluster - a subsection of the main MMO world - with a reset to the main PvP server Elevation, as well as many tweaks and changes to tone down elements considered detrimental to new players being competitive. The server will shut down on the 9th of July with the full cluster relaunched on the 11th of July. The focus of this update is to address major issues raised by the PvP community in the past year. 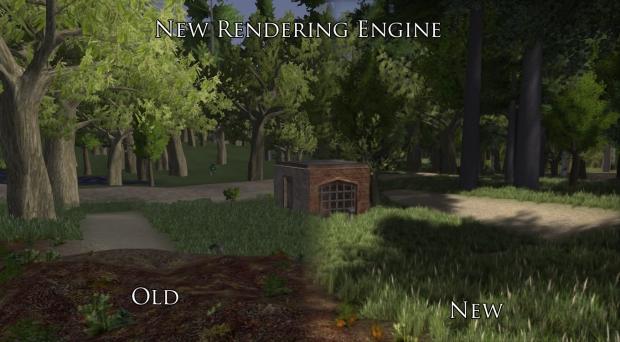 This revamp is the result of developers working extensively with players identifying key issues PvP content faces including a full reset of the main Epic PvP server, elevation. It is aimed at being a proving ground for an already planned major overhaul to PvP in Wurm entirely towards the end of the year and includes many mechanics aimed at allowing new players to effectively compete with long established players. Epic has been around for nearly seven years, meaning brand new players have a lot to catch up on, the aim of this is to help bridge that gap by removing a lot of the bloat to PvP requirements.

With this update comes various changes including the addition of a soft cap to fighting characteristics and skills, as well as removal of damage reduction stacking and high-end meditation abilities that require months of work to achieve and of course, the big change being a brand new 64 km2 map to explore, claim and dominate.

Launched in 2011, Epic is the fast paced PvP server group where players can gain skill at advanced rates, have faster actions and remove some of the grindy feeling of Wurm. Kingdoms compete against each other over 4 maps, with each kingdom having a "safe" home map, and one main map which is no holds barred open world full loot PvP. At the center of the competition is our unique mission system, where players can complete quests to help their god triumph, with players who contribute the most receiving rare rewards such as dragon eggs, powerful spellbooks, and the opportunity to ascend to godhood themselves.

Wurm Online is a sandbox fantasy MMO that was founded by Rolf Jansson and Markus "Notch" Persson back in 2003. It features fully formable terrain where trees, bushes and grass grow and the players mine cave systems, build castles and villages and conquer territory and land on the PvP servers.

Every server is unique and starts as an uncivilized, forested wilderness where players act as pioneers and tame the land and its fantasy denizens. The economy is primarily player based trade with coins purchased either from our webstore or from other players. Wurm Online allows Real Money Trading of currency, items and accounts. The game features hundreds of individual skills which can be discovered and developed as they are used. There are virtually no quests in Wurm or 'experience points'.

Core feature examples are fully transformable terrain, cooking, owning a homestead, PvE and PvP split servers, farming, smithing, woodworking, building and taming. Slightly more advanced feature examples could be ship building, server-wide missions ('Epic' servers), PvP on such servers, and being the mayor of a large village. End game goals are completely player determined but may include reaching a high level in a meditation path, slaying a dragon, becoming the ruler of a kingdom or even ascending to demigod status; the options are endless.