Now, non-reference doesn't necessarily mean that AIBs only have to engineer new, improved features or functionality in to their SKUs. They could also, in some cases, combine this with more attractive pricing or, perhaps realising higher margins, use this motivation as the main focal point. 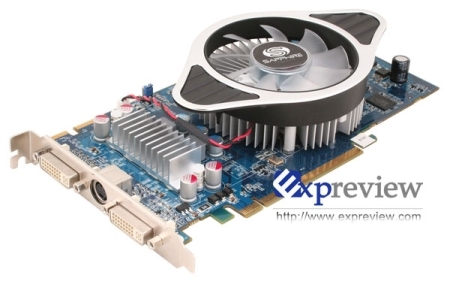 Perhaps an example of the latter, details of which come courtesy of Expreview, would be Sapphire's non-reference HD 4850 SKU.

This SKU aims to deliver HD 4850 prowess to end-users, at a lower price point than was possible with reference parts. Sapphire hasn't neglected the thermal aspects of the card and, has gone to some lengths to include a more efficient solution to keep thermals in check.

A simplified PCB and two phase PWM power for the GPU though, keep production costs lower, whilst the RV770 core and memory run at 625 MHz and 1986 MHZ, respectively, as expected. 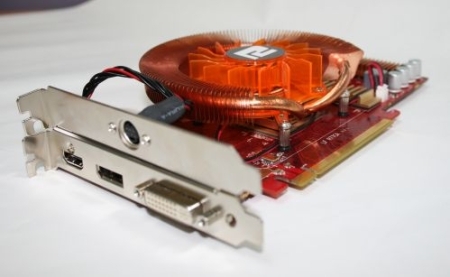 A probable example of the former, however, could be PowerColor's upcoming SKU, captured in this story from Fudzilla.

We too, reported on this upcoming SKU, one which aims to take initiative and incorporate features such as HDMI and Displayport support into the non-reference HD 4850 part.

A cooling solution, compliments of Zerotherm, also graces the SKU and it is suggested that, at least, the core speed will be bumped up, factory overclock style, to 650 MHz.

Non-reference SKUs can therefore, as you see, bring the best of both worlds, or simply target any segment of the market that they choose.

This is perhaps why, AMD's AIBs are now becoming more proactive and we are seeing a little more, in the creativity stakes, coming through.
Newsletter Subscription