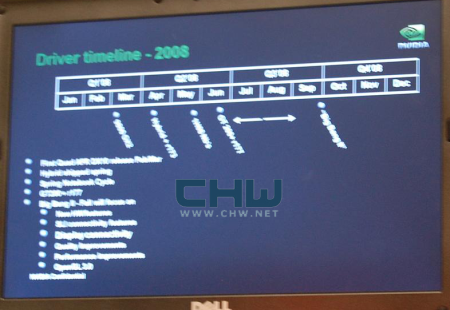 Now, those things may be stating the obvious as far as progression goes for future driver releases, but the particularly interesting thing to note is the mention of the Big Bang II which this spy shot indicates is arriving in September.

Given NVIDIA called the introduction of SLI Big Bang I prior to its unveiling, this next big bang certainly has us all wondering.

What could it be?
Newsletter Subscription