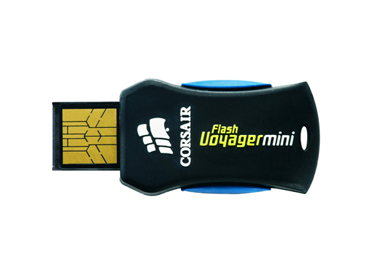 Corsair has had it lineup of Flash Voyager for a while now but have only just announced its Flash Voyager Mini drives. In the last month or two, many companies have been releasing very tiny USB pen drives that easily slide inside your wallet and now it's Corsair's turn to shine in the light for its small pen drives. 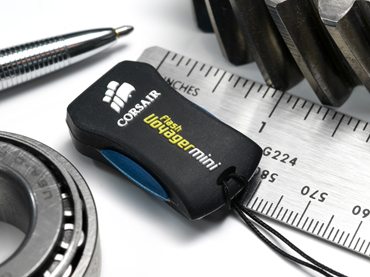 While not as small as the amazingly tiny pico drives from Super Talent, Corsair's Flash Voyager Mini employs the same principles as its big brother but in a much small size. It looks to be almost as durable and shockproof but because of its capless design, this one isn't waterproof.

It comes in sizes up to 4GB and also includes 10 years worth of warranty if something happens to go bad.