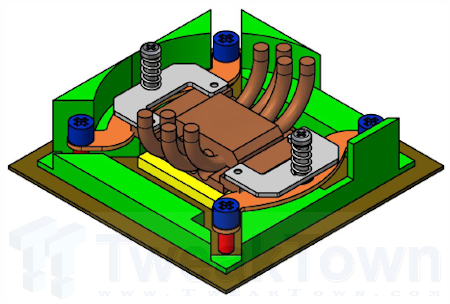 Unfortunately we were unable to see a live demo of SecuFirm2 as it is still in development but we were sent a document with explains its principles rather well. SecuFirm2 will no longer require washers and hence no more fiddling with springs and screws. It employees a new one-piece fastening bracket with integrated springs and screws which the cooling company says will make life much easier.

They claim the installation process is simple and it does look like it will be from the diagrams we saw. The first step is putting the back plate on. The second step involves fixing the mounting bars with four included thumb screws. Third step is getting hold of a supported cooler (Noctua told us that all of their coolers since 2005 will work with SecuFirm2) and mount in on. 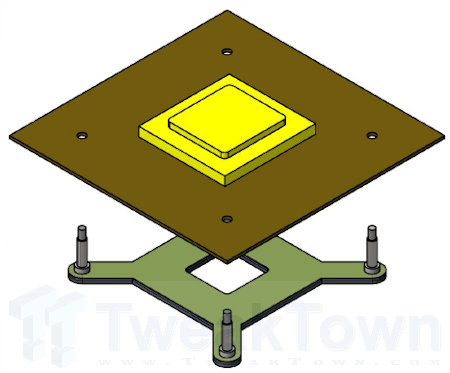 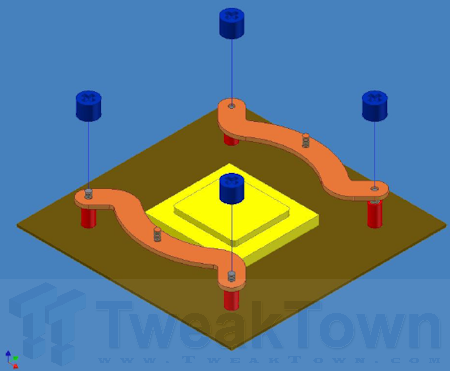 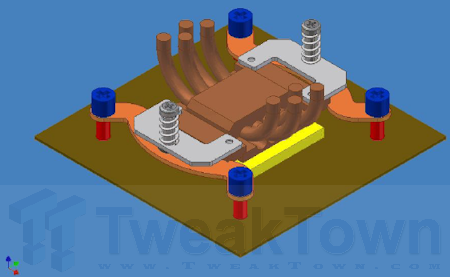 You are still going to remove your motherboard from your case at one time but after you've done that and installed the back plate, changing heatsinks in the future should be a piece of cake. 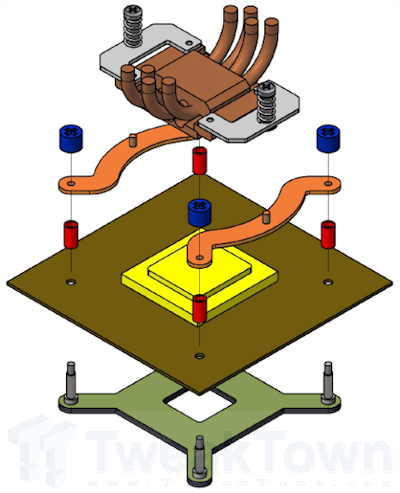 Noctua are saying the product will be ready to buy sometime in Q4 of this year which is about the time when Intel will begin selling its new lineup of Socket 1366 based processors.