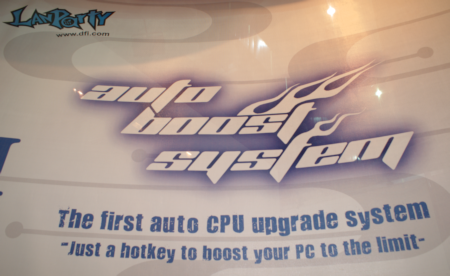 DFI's big thing of Computex this year was the introduction of its Auto Boost System (or "ABS" for short). It is a new OC technology that will feature on various LANPARTY motherboards. While we didn't get a live demo of it, the idea is that for users who don't know how to overclock or don't want to, just push a hot key at POST and the FSB will be automatically increased.

The idea is that if you power on your system and intend to play games, you hit the hotkey (probably F1) and the system will get a boost straight away. If you intend just surfing the Internet, don't do anything and the system will run at stock speeds and voltage. Quite a novel idea, we have to say. 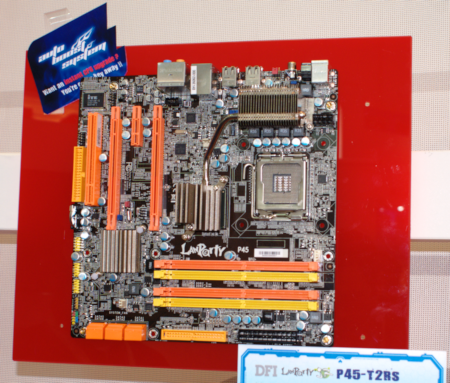 One of DFI's boards that will support ABS is LANPARTY P45-TSRS which is a Micro-ATX mobo that manages to squeeze in dual PCIe x16 2.0 slots for gamers looking to build a high-powered with Crossfire dual graphics but small system.