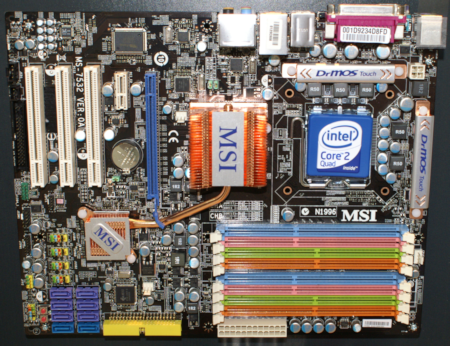 Well here comes MSI, aiming at giving you the best combo board without compromising on anything. The new P4S8D is an Intel P45 Express based motherboard with single graphics card option but with memory capacities of 8GB of either DDR2 or 8GB of DDR3. 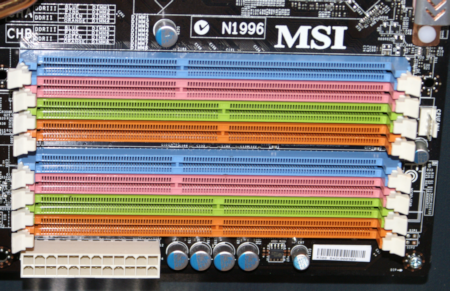 Eight total memory slots are given, four of them are for DDR3 (blue and purple) and four for DDR2 (Green and Orange). This makes MSI's board the highest capacity combo board out there. Way to go.
Newsletter Subscription