Unfortunately there wasn't much on display apart from a couple of PC's that were setup running Quad and Tri SLI setup. 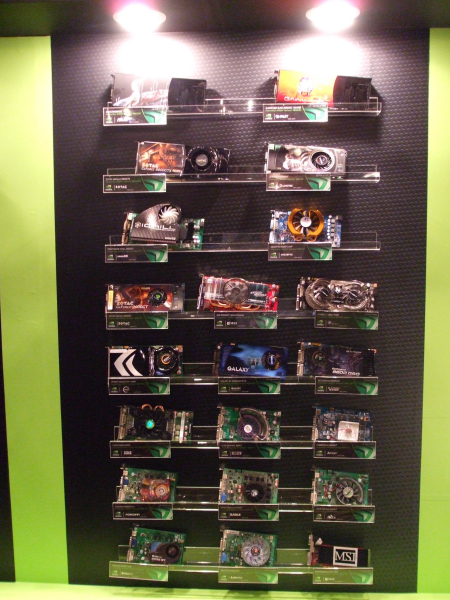 NVIDIA had two static displays - the first one was for the graphics card partners, while NVIDIA has many partners out there, only a handful were on display. 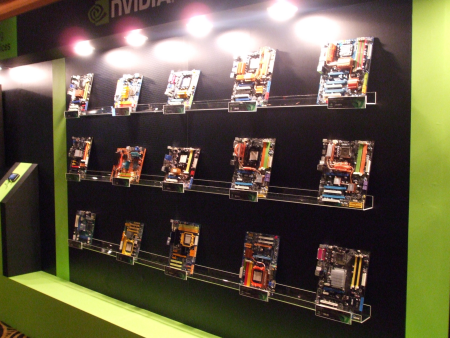 Next there was a static display of the motherboard out supporting NVIDIA chipsets including AMD and Intel platforms. Quite a few were on display but only a handful compared to how many partners support NVIDIA. 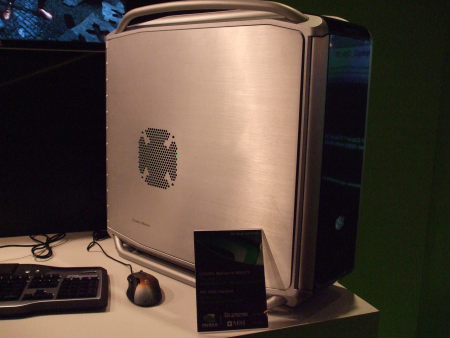 Next we came down to a test system running two NVIDIA 9800GX2's in SLI. One thing of note was the case used was a Cooler Master liquid cooled setup, this case was extremely loud due to the fans and setup that Cooler Master use, I would have gone with a quieter case myself. 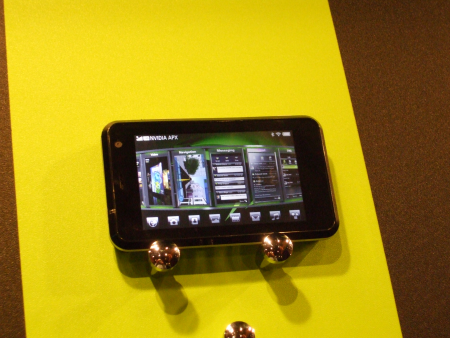 To be blunt, Tegra has some power for such a small device, the interface was smooth, no lag or jerking, even when playing back a HD movie on it - it was just flawless.
Newsletter Subscription