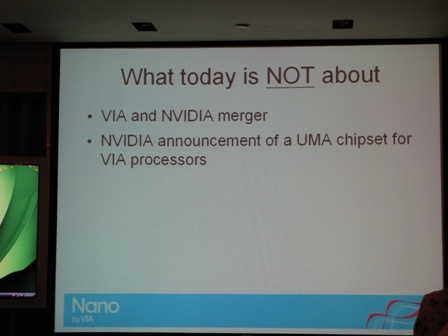 The first few introductory slides show that the NVIDIA presence at the conference is NOT because they are announcing NVIDIA's gpu's onboard their Mini-ITX Nano boards. 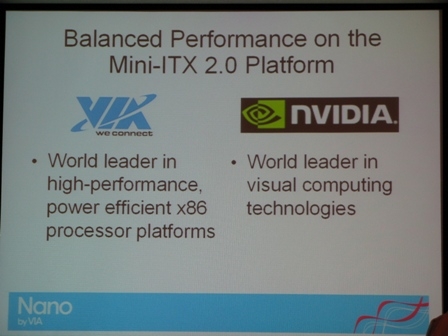 Before they got down to why NVIDIA is there, they had some fighting words for Intel about locking their systems down while VIA kept an open platform to hit a wider market. 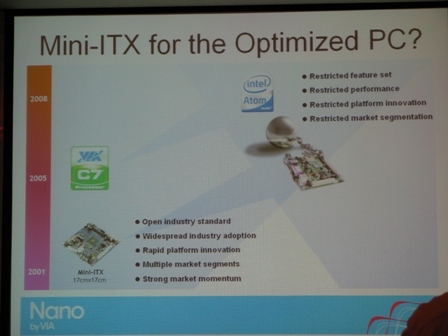 After some explanation of the Nano Processor, NVIDIA's Drew Henry takes the stage for an explanation of why they are teaming up with VIA. They say they are helping to develop the PCI-Express architecture on the board because for them it would mean they can market their card for use on the Mini-ITX systems from VIA. 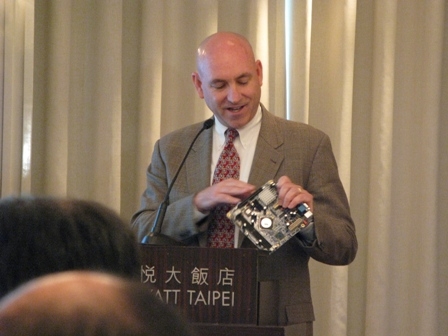 To demonstrate the awesome power of the new Nano chipset and NVIDIA partnership we are treated to a loop of 1080p Blu-ray movie clip from the new James Bond movie, needless to say it plays flawlessly. Then some action in Bioshock and finally Crysis. This won't be a gaming beast by any stretch but you can't help notice that the games actually play at a reasonable FPS. 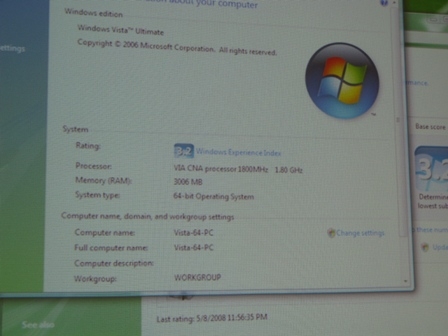 The spec on the Nano rig is a 1.8GHz Nano CPU and a GeForce 8600GT silent edition. The board only has PCIe 1.0 but that's more than acceptable for what this board is expected to do. 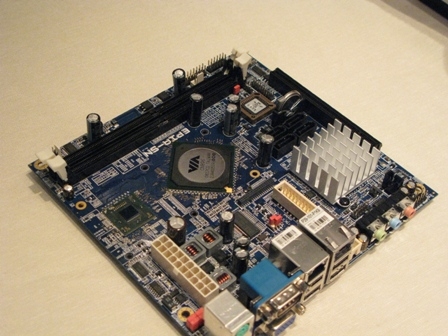 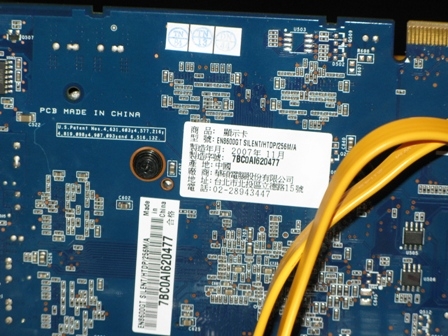 After the press conference I took the chance to snap some photos of the VIA based Mobile Internet Devices and Ultra Mobile Laptops. Most using the C7 or the Nano processor. 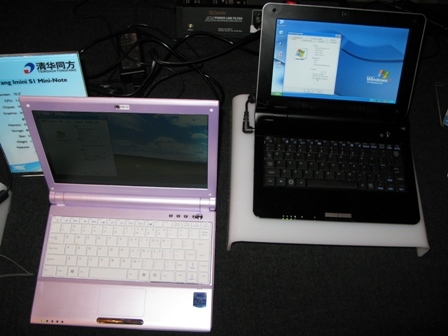