On it's Great Wall of 4 Series Motherboards, we spotted two Intel X58 samples on display to the public.

The first was an early MSI X58 sample. Intel was hush hush on anything remotely related to it but we did get some close up shots for your viewing pleasure. 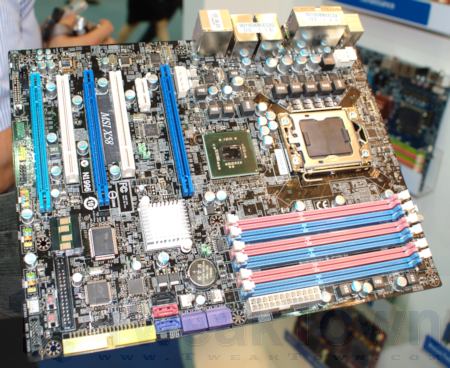 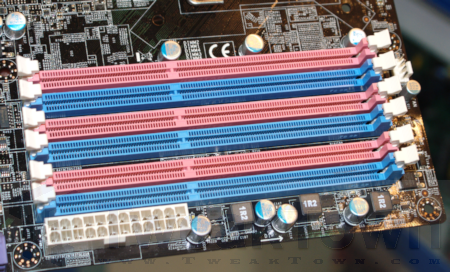 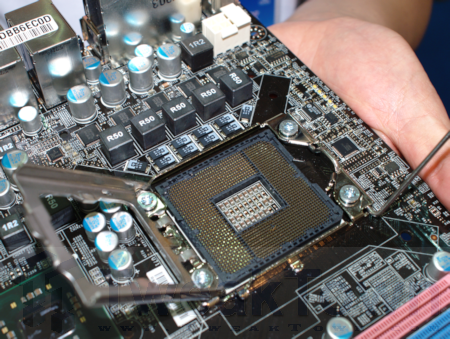 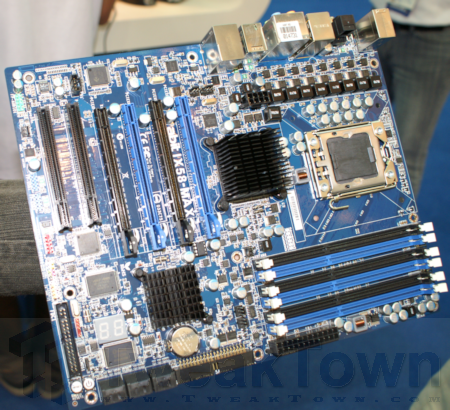 These boards will see many changes before they go on sale but it does give you a basic idea of what to expect.

1366 pin LGA socket for the upcoming Nehalem CPU and triple-channel memory support are the major things to take away from these picture.