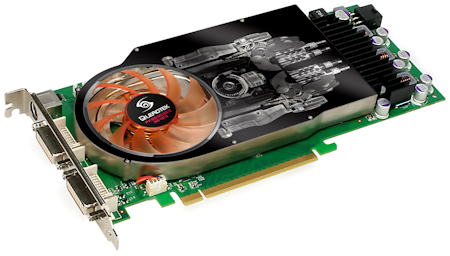 Leadtek Research Inc., known globally for extreme visual graphics technology development takes pride in announcing the the launch of a new premium Graphic card--WinFast PX9600 GSO Extreme. Based on the high quality NVIDIA GeForce 9600 GSO core chip, PX9600 GSO is equipped with 384MB and 96 Stream Processing Units, and makes over-clocking performance easy. The Leadtek exclusive S-FANPIPE fansink design is also applied to PX9600 GSO. This innovative cooling system can effectively conduct GPU heat through an S-shape copper heat pipe to the fan for a dramatic cool down effect that creates a stable temperature for the graphic card to deliver a superior visual performance.