It is a monster of a cooler with a total of eight heatpipes, 102 fins and it comes with a quiet PWM 12cm fan, which will adjust power between 800 and 1500 RPM according to processor temperature.

Arctic include brackets for both Intel and AMD processors including socket 775, 939, AM2 and AM2+ and claims that this cooler can handle up to 160 watts which is a staggeringly large amount of cooling capability. 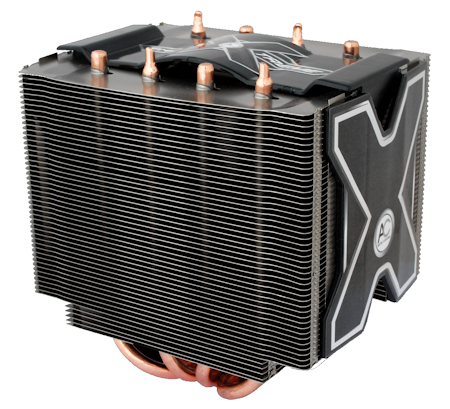 Considering that an old Prescott core Intel Pentium 4 used up to around 150 watts and that was an absolute heater, now we have 45nm processors which produce far less wattage, this cooler should do rather well for overclockers not wanting to move into more extreme cooling such as water.