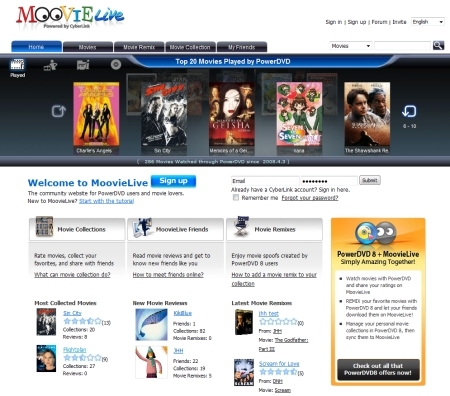 It works in conjunction with the new PowerDVD 8 to offer a whole new experience out of what we have traditionally known as just a software movie player. MoovieLive.com instantly reminds us of IMDB with its database of movies showing global user ratings, your rating and reviews as well as show movie info such as director, cast info, languages, rating, aspect ratio and which type of audio soundtrack mix it uses. It goes much deeper, though.

A nifty feature built into PowerDVD 8 is the "Movie Remix" features which allows users to easily (yep - we tried it out just before!) modify movies (but they must own the original disc due to digital rights management issues).

You can strip out all original audio and add your own and you can dynamically add in text and image and animation effects (many are included, such as the clown hats, which could be quite funny). Once you are done with your remix, you save it and have the option of uploading it to MoovieLive.com for others to watch in PowerDVD 8.

We got a little crazy at the CyberLink office earlier today and here is what we came up with in a matter of seconds. 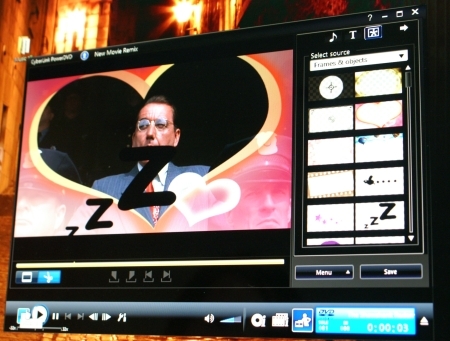 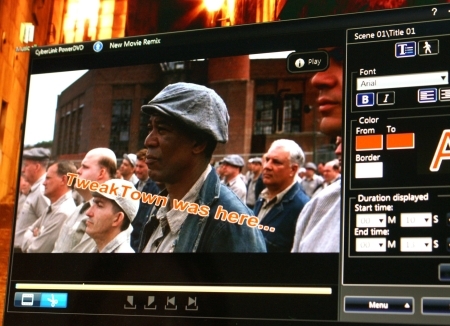 MoovieLive.com and Movie Remix might not be for everyone but it's certainly a fun addition to PowerDVD which is clearly now much more than just a movie player.