German cooling specialist aqua-computer has come forward with details and images of their upcoming aquagrafx 9800 GX2 GPU block, said to begin shipping as early as next week. 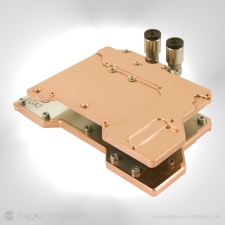 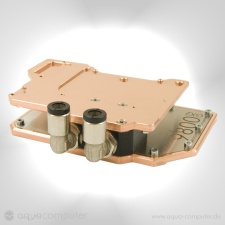 Using G 1/4" connectors, the aquagrafx 9800 GX2 is made up of two consecutively circulated coolers made of pure copper, with the design of each cooler being quite thin therefore weighing in at under 800g. As well as cooling both GPUs, the mosfets, memory and bridge chip are also covered.

aqua-computer state pricing to come in at 129.90 Euros.

Asetek have been quiet for a while now, but they too have just unveiled a new liquid cooling solution for 9800 GX2/GTX based graphics cards. Asetek promise this sucker to reduce temps by over 25c compared to the standard air cooler on reference models whilst also keeping noise output down to just 22dBa which is also down by more than 50% over the usual dust buster.

You can learn more about it on Astek's website here. 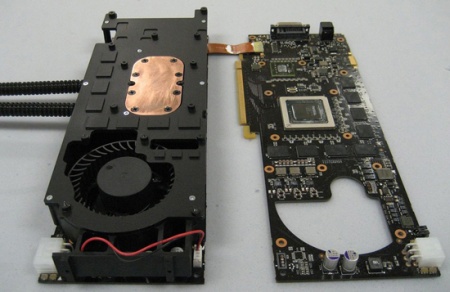 The graphics GPU power budget is constantly increasing as enthusiasts and professional workstation end users exhibit an insatiable desire for higher frame rates and resolution. Thermal management of the graphics card is an ever increasing challenge with every new generation of Graphics Processing Unit (GPU), often at the sacrifice of acceptable fan noise.