Our first stop is over at German magazine Computer Base who managed to get an up-close photo of Intel's next-generation 45nm processor architecture called Nehalem. In the shots it is compared in size against a 1-euro coin.

That little puppy that you can see squeezes in four cores (eight if you include the extra four doubled virtual cores powered by Hyper Threading) and it will be one of the processors you may be using very late this year or in 2009. 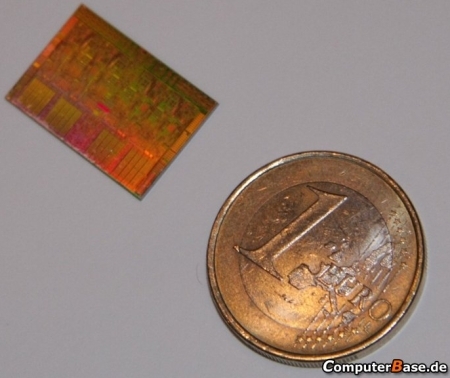 Our next stop is over at Register Hardware who managed to spy some shots of an Intel Nehalem codenamed "Bloomfield" processor based system. It is a 45nm Hi-K metal gate quad-core CPU with a total of eight threads, uses DDR3 memory in triple channel and makes use of Intel's QuickPath interconnection technology.

Not much new here except the fact that Intel already has a Nehalem based system up and running which is a good sign for their target of Q4 2008 availability. 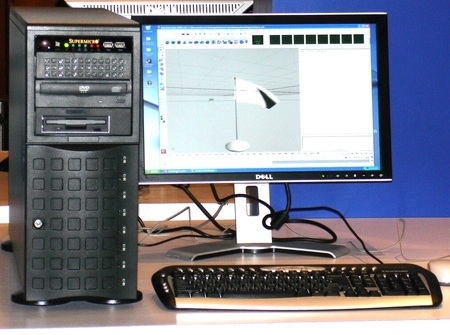 Read more over here (translated) and here as our sources.