All NewsBusiness, Financial & LegalCases, Cooling & PSUContests & GiveawaysCPU, APU & ChipsetsDealsDisplays & ProjectorsGamingMotherboardsScience, Space & RoboticsStorageVideo Cards & GPUsVirtual & Augmented Reality
All ReviewsAll ArticlesAudio, Sound & SpeakersCases, Cooling & PSUCPUs, Chipsets & SoCsComputer SystemsDisplays & ProjectorsGamingMotherboardsNetworkingPeripheralsRAMStorageVideo Cards & GPUs
GuidesGamingAsk the ExpertsNewsletterAboutForums
AMD Zen 4Intel ArcBattlefield 2042RTX 3090 TiRTX 4090RTX 4080GTA 6Elon MuskHDMI 2.1
🔥 GIVEAWAY: Sabrent Rocket DDR5 16GB DC kit & Rocket 4 Plus G 2TB SSD! 🔥
Playing the Nintendo DS lite for many hours, I often feel something is just not quite right. For those of you wondering what a DS lite is, it's a popular hand held device from Nintendo used for playing cartridge games while on the move. It opens and closes like a book, has two screens similar to the old Donkey Kong consoles way back in the eighties. The lower screen is a touch screen and the games for the console use all manner of ways to catch your attention when you play with it. Some games on the handheld console use the microphone response, others the Wi-Fi capabilities to build the thrill of competing, but by far the most interactive aspect of the device is the mini touch screen, where you can actively tap the screen to give the game inputs. 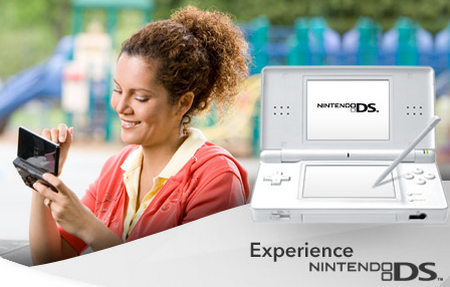 Then while reading an article earlier at this website , it hit me what that missing ingredient is; namely you never know if your press on the touch screen has been registered until you see the response a few milliseconds later. If you did it wrong, you will see the result after the fact. There is no immediate and direct haptic response. What I mean by this is if you push a key on a keyboard you can feel the button go in, can feel it activate the letter or number on your screen and you can also feel when you release the key or accidentally push an adjacent key. Doing the same thing on an iPhone touch screen, or any one of the many touch screen devices with a stylus or finger push just isn't the same experience.

Luckily there is a team at the University of Glascow in the UK lead by Stephen Brewster that is trying to do just that. They are attempting to give a tactile response to any touch on a touch screen. Using actuators, similar to the ones that make your mobile vibrate when on silent mode; the haptic response will simulate a keyboard feel. The software involved causes the actuator to receive your touch either smoothly, or in pulses, or jerkily. This is already seen in some of the more exclusive mobiles from Korean manufacturers; however, Brewster says it can be improved upon immensely. Taking this idea further, it could also be used for the visually impaired improving their ability to interact with today's modern technological world through a combination of audio tones and haptic responses.

What that means for me and my Nintendo DS Lite, is that hopefully the gaming giant Nintendo, who puts more money into research than the USA government (According to a rampant Urban Legend), should be looking at how it can improve on the simple and interactive console that has captured the hearts of millions. I personally hope the next generation handheld console will be responsive to me in this "haptic" way, making the games I know and love that much more interactive and immersive. The question is when will I have spare time? Does anyone know how to save time?