NVIDIA Broadcast has hit Version 1.4.0 and is the company's tool for live streams, voice chats, and video conference calls using RTX and AI technology. The latest addition is called Eye Contact (currently in beta). The official description says it "uses AI to make it appear as if you're looking directly at the camera, even when glancing to the side or taking notes" - and the results are impressive.

And if we're being honest, a little scary, too, as the effect looks real - with blinking taken into consideration and eye contact that isn't there suddenly being there. Above is a brief demonstration of Eye Contact as part of the 1.4 update video.

NVIDIA Broadcast uses AI hardware found in NVIDIA GeForce RTX GPUs, bringing a dose of RTX On to video conferencing. As it's in beta, the effect can look unnatural sometimes, but it's still impressive to see in action. The main benefit here for video production will be the ability to make a presenter reading from a script look like they're addressing the camera and audience directly. 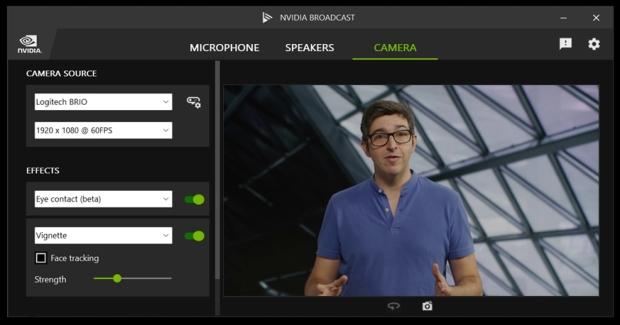 NVIDIA Broadcast first made headlines with the introduction of AI Noise and Echo Removal, where even something as noisy as a vacuum cleaner can be removed entirely, leaving only your voice. The new update also improves the AI-powered Virtual Background effect with improved blurring. No doubt, the addition of Eye Contact helps bolster NVIDIA Broadcast as an all-in-one solution for video - and who knows, maybe the next video on YouTube you watch will feature tech in action without you knowing. 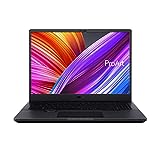