NASA's James Webb Space Telescope still continues to impress the public with its incredible images of the cosmos, as the space telescope has focused its highly advanced instruments on the Pillars of Creation once again.

Hubble's image of the Pillars of Creation on the left, Webb's first image on the right

The new image was posted to the European Space Agency (ESA) website on December 1 and reveals the most-detailed image of the iconic Pillars of Creation taken so far. Located between 6,500 to 7,000 light-years away from Earth, the Pillars of Creation are an iconic location in the cosmos as it was famously captured by the Hubble Space Telescope in 1995. NASA's Webb is now performing follow-up observations, comparing new photos to Hubble's to show the difference in observational capabilities.

The Pillars of Creation has already been imaged by Webb twice, the first image released by NASA was snapped with Webb's Near-Infrared Camera (NIRCam) and can be found below. The second time was on October 30 for Halloween, when NASA and the ESA published an image snapped with Webb's Mid-Infrared Instrument (MIRI). Both of the images highlighted different aspects of the Pillars of Creation, showcasing its beauty in different wavelengths of light. 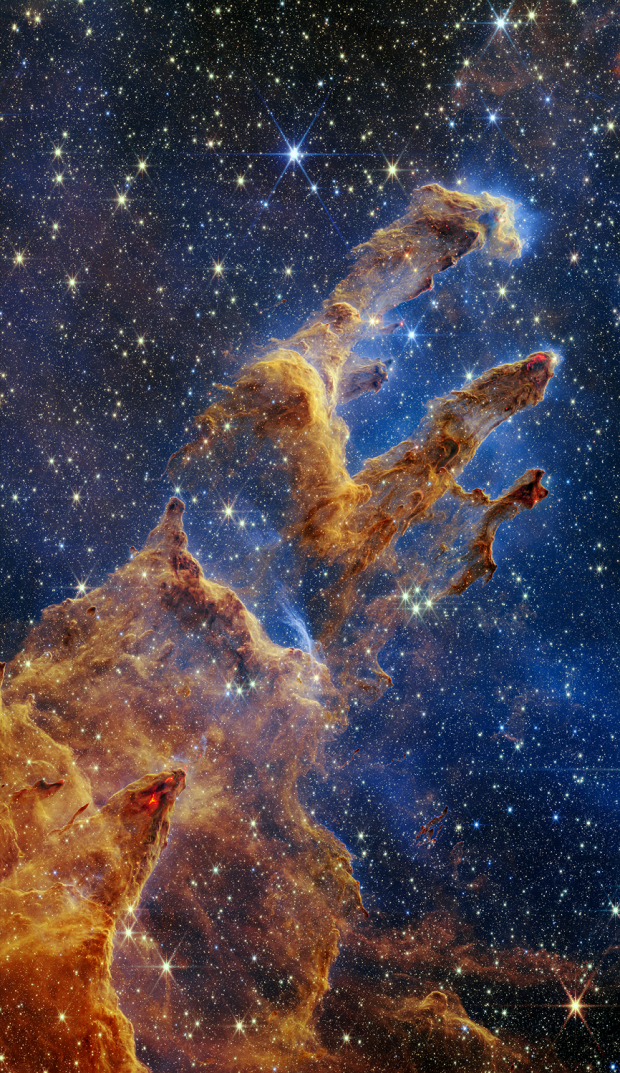 First image Webb took of the Pillars of Creation

Now, the ESA and NASA have released a composite image that combines the details of NIRCam and MIRI observations, creating the ultimate image of the famous cosmic landmark. The ESA writes on its blog that NIRCam observations reveal thousands of never-before-seen newly formed stars, which are the orange sphere located just outside of the dusty pillars. Webb's MIRI observations are showcased in the layers of orange-colored dust shrouding the pillars, with the densest regions of dust-colored in deep indigo hues. 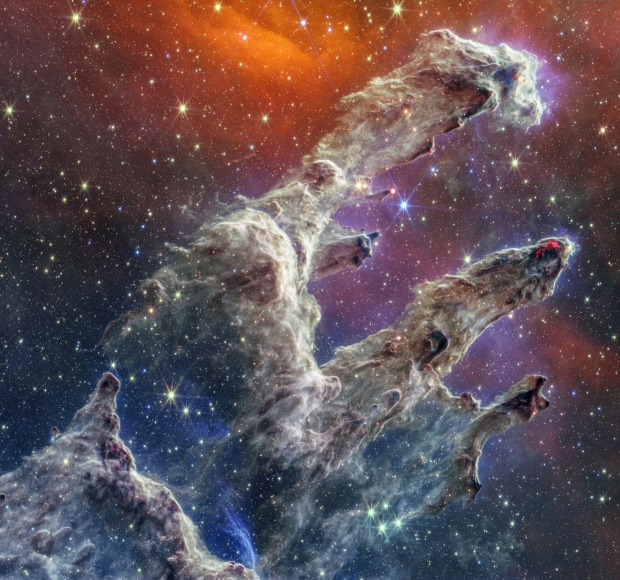 Additionally, the ESA explains that the Pillars of Creation are mostly made up of dust, which is why the region of space is so highly populated with newborn stars, as dust is the main ingredient in star formation. A combination of dust, gas, and gravity causes the process of star formation to begin as a knot of gas, and dust collapses under its own gravitation attraction, eventually heating up and birthing a star.