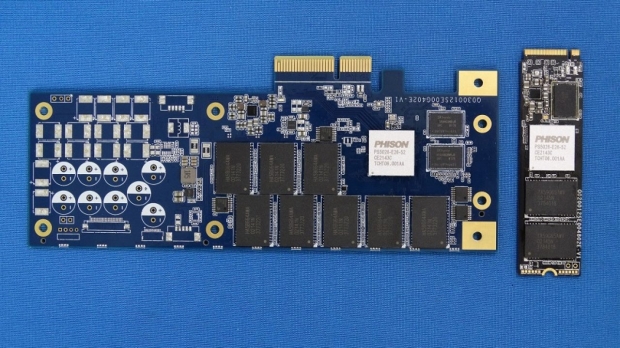 The new Phison E26 controller will have 3D TLC memory, offering a bandwidth of up to 2400MT/s alongside those huge 12.5GB/sec+ read speeds in PCIe 5.0-enabled motherboards. Back in May 2022, Phison announced in a blog post that it would be expecting mass production of PCIe 5.0 SSDs in Q3 2022, but the third quarter is finished, and we're now in the final month of 2022 and yet no Phison E26-powered SSDs are here.

Phison has been silent about the delay, after coming out and firing on all cylinders with hype, and now we're left empty-handed. AMD's new fleet of Zen 4-capable motherboards are PCIe 5.0 SSD and GPU ready, as too are Intel's new Raptor Lake-ready motherboards... yet we have no PCIe 5.0 SSDs to use them with.

K.S. Pua, Phison CEO explained on November 14 on the official Phison blog: "Despite market challenges, Phison is proud to have successfully navigated 2022 with strong innovation and technology leadership, two hallmarks of our company. As a forward-thinking company, we cannot wait to bring more SSD customizations, innovations, and solutions to our partners, and customers next year".