Back in 2019, I said that backwards compatibility is the most important feature for new consoles like the PlayStation 5 and Xbox Series X/S. The same is true for Nintendo's rumored Switch 4K model. 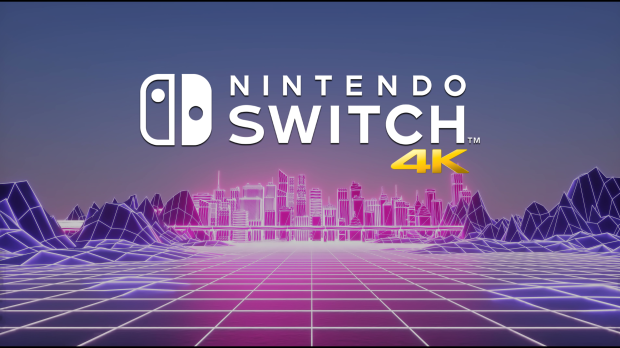 In a recent Q&A with investors, Nintendo's Shigeru Miyamoto delivered an ambiguous answer on whether or not the next Nintendo hardware will be backwards compatible with Switch games. Multiple Japanese-speaking users are having trouble deciphering Miyamoto's comments, but Nintendo's official English translated Q&A will clear things up.

For the time being, we have to stress the importance of backwards compatibility for any kind of new Switch hardware. Rumors of a new 4K-ready next-gen Switch have been circulating for years now. The Switch 4K is expected to utilize a new NVIDIA SoC, likely the new 8-core Tegra239 chip that's been codenamed "Drake," and the new upgraded Switch is also to utilize DLSS to achieve 4K gaming. Nintendo gave credence to these rumors by including a big dock upgrade with the Switch OLED that is capable of outputting to 4K 60FPS.

If Nintendo does its job properly, we'll see a transition point similar to the PS4 and PS5 cross-gen integration and compatibility. 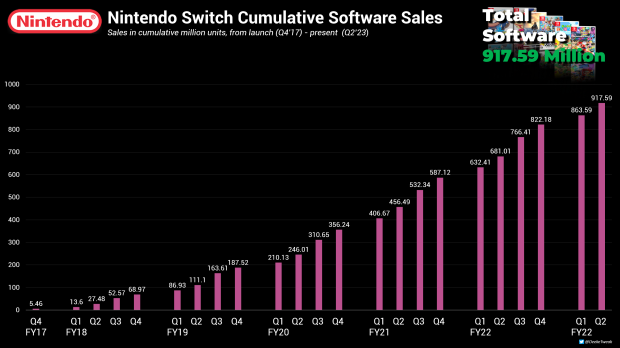 The numbers simply don't lie. The Switch's software base is just too big to completely ignore. Nintendo cannot afford to flip a reset switch on the Nintendo Switch due to the system's massive gains in the software market. Neither Microsoft or Sony could afford to, either, especially since both had taken a loss on console hardware at launch (Nintendo, conversely, has always sold the Switch at a profit).

According to our latest findings, the Nintendo Switch has sold nearly 1 billion games since its release in March 2017. The Switch family of consoles has sold 917.59 million games across physical and digital channels, and the platform accounts for over 16% of Nintendo's total historical software sales of over 5.4 billion.

Some of these games can be monetized over time as well.

Cutting out backwards compatibility shouldn't be an option. The new Switch model should be built with the current Switch and its games library in mind, and yes, that would mean a few restrictions and limitations, but the trade off is that Nintendo would retain nearly 1 billion games in its ecosystem and all of the engagement, continued spending, and brand loyalty that entails.

Here is a machine translated version of what Miyamoto said in the Q&A session:

In the past, it was called "virtual console", a mechanism that allows you to play old software on new hardware I was offering only compared to that, video can be enjoyed for a long time as long as there is a playback environment increase. However, the rights to videos are complicated, so Nintendo has secured the rights before proceeding.

However, recently, the software development environment itself has been gradually unified, so in general, in the future, I want to be able to play software for older hardware on newer hardware. It is becoming easier to realize a playback environment for However, Nintendo's strength lies in creating new ways to play.

Therefore, when we release new hardware in the future, I would like to propose a unique play that cannot be realized.