The new Nintendo Switch OLED dock is capable of native 4K video output, but the console is powerful enough for 4K gaming just yet. 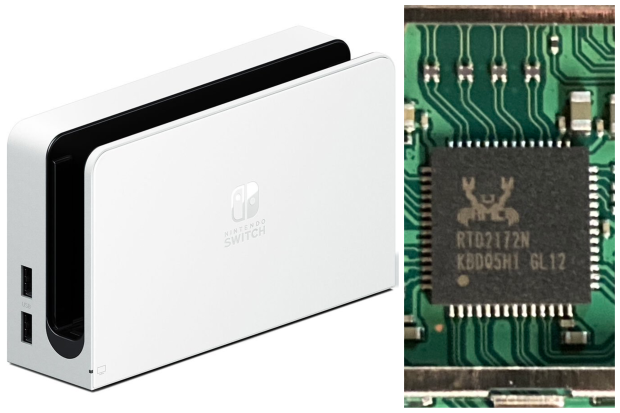 The new Nintendo Switch OLED dock comes with a special chip that enables native 4K 60Hz video signal output. The Realtek RTD2172N was found on the dock's circuit board, and it's a USB-C to HDMI 2.0 IC adapter capable of 4K 60Hz video signal output. The console's signature "switch" feature is enabled by such an adapter, which converts DisplayPort 1.4 video output from the USB-C port at the bottom of the Switch into HDMI video output that is displayed on a TV.

It is worth mentioning that this Realtek adapter has nothing to do with the new STM32F070 RBT6 chip recently discovered on the Switch OLED dock's board, which features a built-in ARM Cortex-0 CPU. The Realtek chip is what enables 4K output but there is no evidence of a built-in upscaling solution (that will be handled by the display and any other tech within the actual Switch itself). 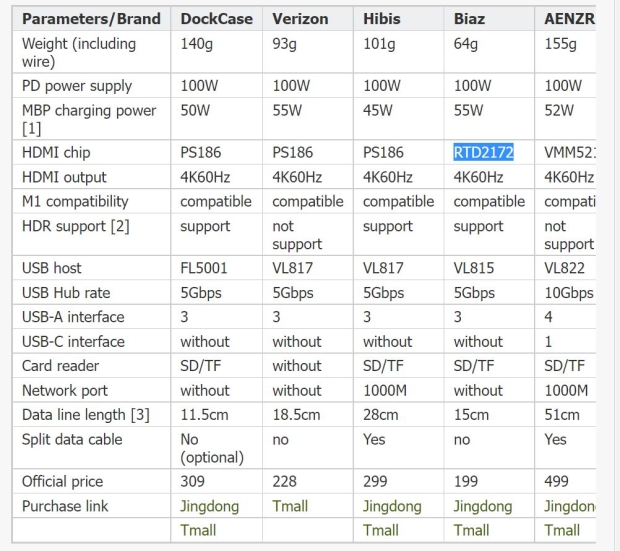 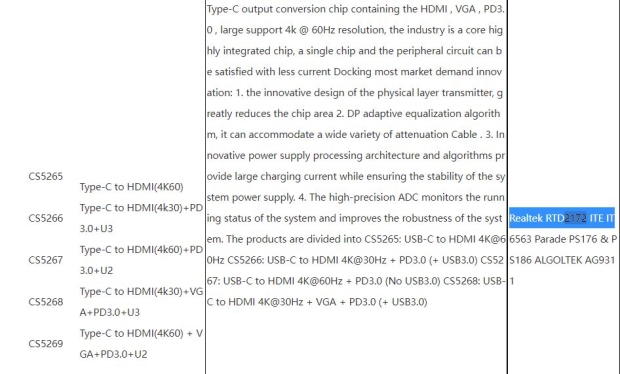 Documentation for the specific "N" model isn't available. The chip's RTD2172 base model is of the CS5265 designation, which is a basic Type-C to HDMI 2.0 converter, however the N designation should allow more features like Power Delivery, which is necessary for the dock to charge the Switch.

The Switch OLED dock is obviously future-proofed for 4K gaming.

There's just one issue: The Nintendo Switch is not capable of outputting native 4K 60FPS video signals. Gamers can hook up a Switch dock to a 4K TV, but the TV will upscale the visuals, not the converter chip--this adapter only outputs video, nothing more, nothing less.

The Tegra X1 can support 4K video output via streaming apps over the cloud, and it can also play GeForce Now games at 4K, but powerful cloud servers are handling the brunt of the demanding processing power required for 4K gaming. 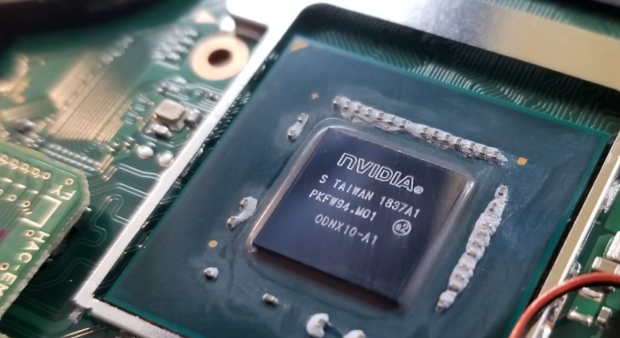 The Switch's 16nm Tegra X1+ simply is not powerful enough to handle 4K gaming. Yet. It's likely Nintendo and NVIDIA are outlining a new custom Tegra solution--possibly built on the Orin SoC line--that's capable of 4K output in tandem with extra features like DLSS upscaling.

Remember the Switch OLED doesn't have any CPU, GPU, or RAM upgrades over the base models. It's the same Tegra X1+ SoC.

It's also possible the Switch's Tegra X1+ will soon be compatible with DLSS upscaling in some form; NVIDIA does use upscaling tech with its Tegra X1+ -powered Shield TV set top boxes. NVIDIA has brought DLSS to mobile ARM processors but only with the help of ultra-powerful enthusiast desktops outfitted with dedicated graphics cards like an RTX 3080.

Nintendo has officially said it is not working on a 4K-ready Switch model, but the reality is that model is already half-way here.

Here's a crash course on how Switch video output works:

The Switch uses DisplayPort Alternate mode over USB Type-C for video output, which is facilitated via a special converter chip, the Megachips STDP2550 Mobility DisplayPort (MyDP) to HDMI Converter.

When you dock your Switch, the video signal is sent through the USB-C connector via the DP over USB-C (Mobility DisplayPort) protocol.

The STDP2550 then converts that video signal into HDMI 1.4 video out signal which is transmitted through the HDMI cord and to a HDTV. The dock is basically an adapter that lets you play Switch games on a screen.